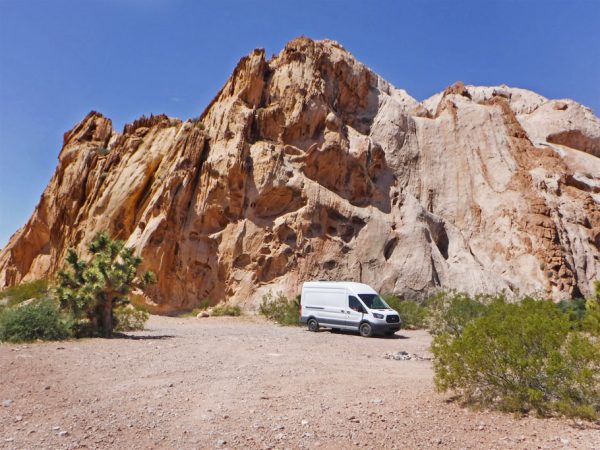 Our camping spot at Whitney Pockets in Gold Butte.

Greg was jonesing to get to Utah. He had been talking about Utah since we were in Baja. “Yeah, all these beaches and stuff are nice, but what I really want to do is go look at some rocks in Utah,” he would tell me. If you haven’t figured it out already, Greg loves geology – and our bobbleheaded dog, Bob, loves geology too – they are both serious rock hounds. So after our little wander through Owens Valley and our trip to see the big trees, we started heading that way – except first I wanted to make a stop at a place I had marked on my map that we passed by last year, Gold Butte.

We have visited 13 National Monuments in our land journeys out west. Some of the sites we have visited are nicely developed and managed by the National Park Service (NPS), like Organ Pipe Cactus and White Sands. Others have been almost completely undeveloped sites where we have boondocked, like Sonoran Desert and Ironwood Forest. I was curious as to why these National Monuments were managed by different agencies and were more or less developed, so I did a little research. Here is what I learned.

Oh – and BTW – National Monuments aren’t just natural areas. They are also forts, homes of historic Americans and places like Stonewall Bar and Christopher Park in New York City, the location of the Stonewall riots which became the catalyst for the LBGT rights movement was declared a monument in 2016.

With all my research, I still didn’t get an answer to my question, but I do know National Monuments are treasures and without all these crazy federal lands we wouldn’t have the freedom to experience some of the most amazing things this country has to offer. So here’s to the wild free west and all the geologists, the nature lovers, the explorers, the curious, the land lovers, the Native Americans, the scientists, the diverse citizenry, the RVers and van dwellers, the vacationers, the retirees, the equestrians, the rock climbers, the birders, the hunters, the mountain bikers, the ORVers, the campers, the nature photographers, you, me, and the rock hounds like Bob and Greg who love public lands! Thank you Teddy!

Right now, this very minute, we are still hanging out in our awesome boondocking location in the New Mexico. This, unfortunately, will be our last night in the desert. We are heading back east. Greg’s painting partner has been lining up work, so it is time to go check on the boat and then to Cabbagetown to refill the traveling kitty. By the time you read this we will be on the road, over half way to Florida. 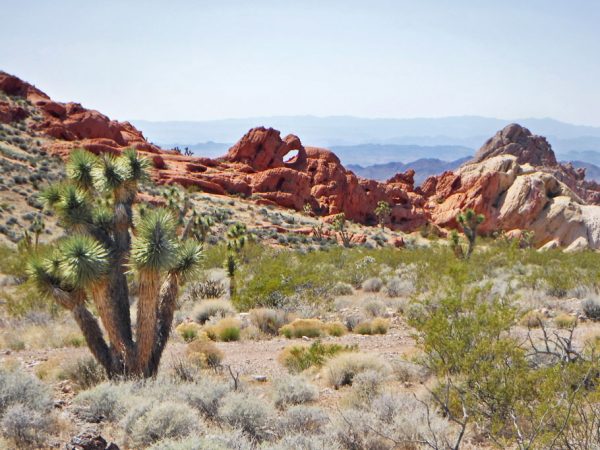 Gold Butte NM is named for a historic mining town from the early 1900s, now a ghost town within the monument. The area is also home to striking geological features, plant life of the Mojave desert, and a habitat for animal life. And Native Americans have left their mark over the last 3000 years within the boundries of the monument with petrogyphs and artifacts. 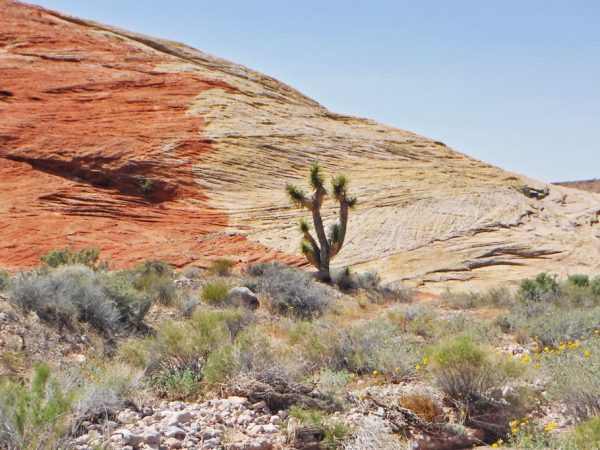 The area is mostly undeveloped, but is crisscrossed with rugged roads that connect the monument with Lake Mead in the west to the Grand Canyon-Parashant NM in the east. The best way to explore is with four wheel drive and ORVs. Many big rigs tow a jeep or four wheeler, set up a base camp, then set off in their 4WDs exploring all the surrounding areas. 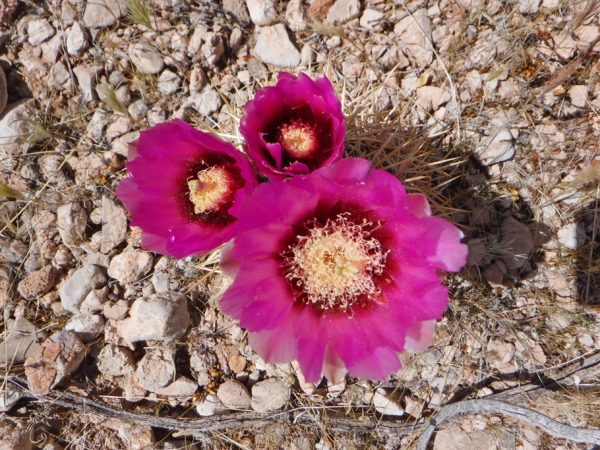 It seemed like everything bloomed over night while we were in the Monument.

A hike down the road and out a trail revealed the diversity and beauty of the landscape. 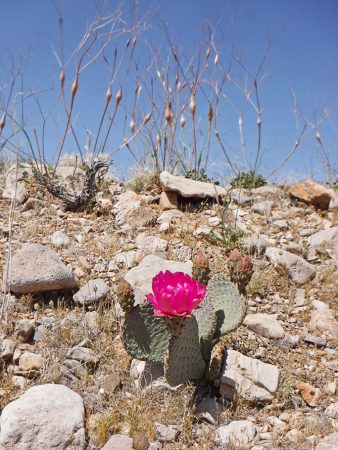 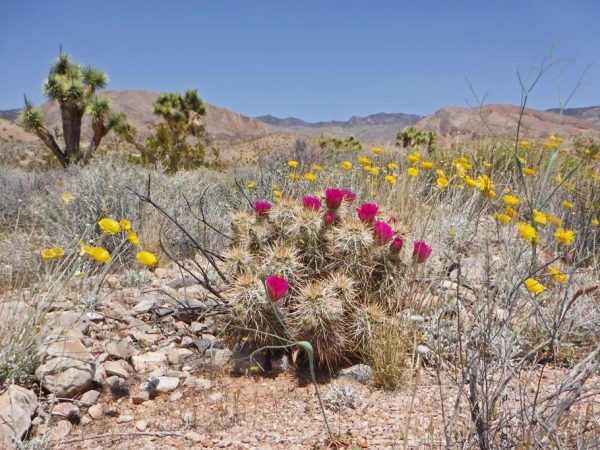 A perfect day for a hike. 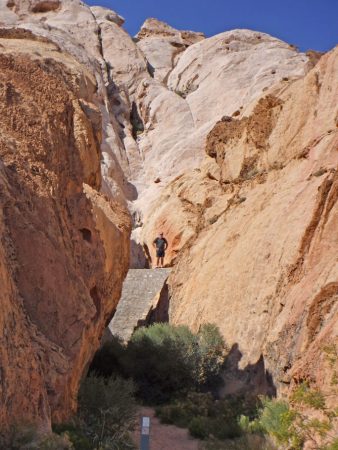 In the 1930s, the Civilian Conservation Corps (read our blog post about the CCC here) built this dam into this box canyon to catch rain water for local ranchers. 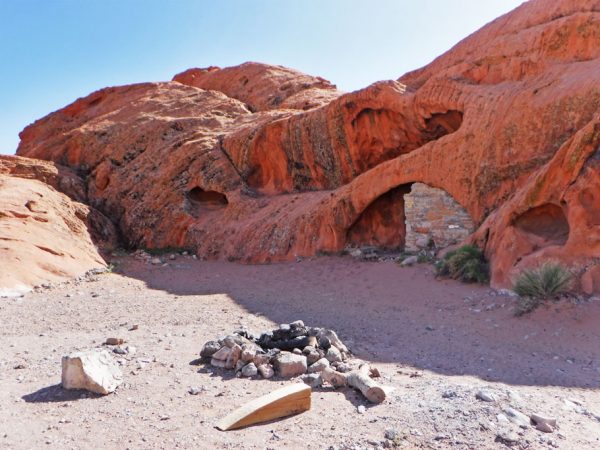 Across the road from the dam, the CCC built storage rooms into a Native American habitation site.

Our second day we drove to an area in the monument named Little Finland, a 17 mile trip across sometimes unmaintained road. We had to stop about 4 miles from our destination because the road became impassible for us, but were able to find a walking trail that cut out about 3 of those driving miles. Here was our view as we approached Little Finland by foot. 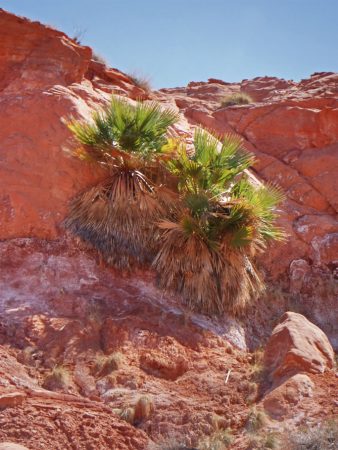 Palm trees growing into the rock face of Little Finland. 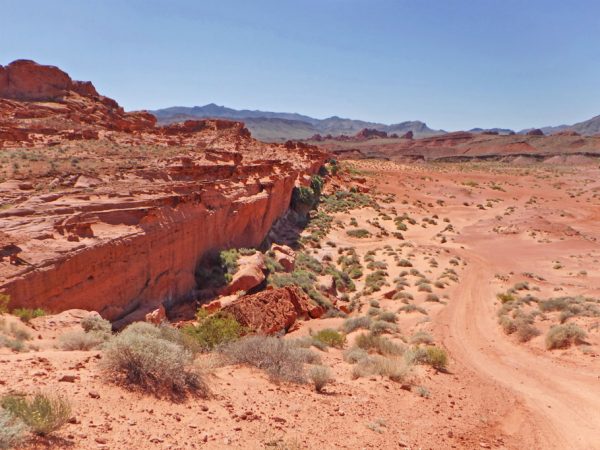 We followed a road to the top of a hill where we could explore the area on top of the cliff. 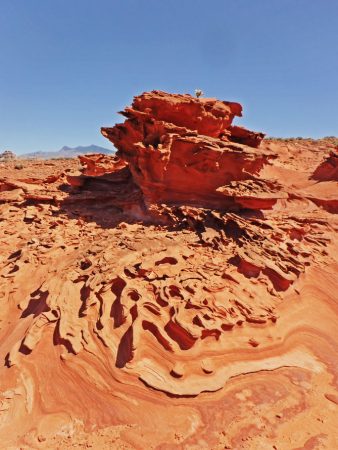 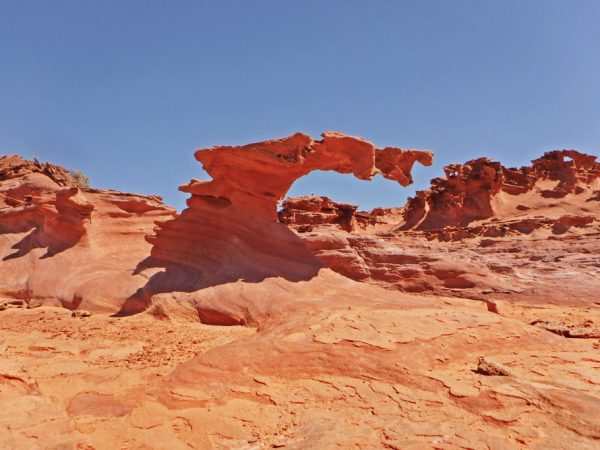 Many of the fromations a fragile, but since LF is so hard to get to and very lightly visited, human damage is minimized. 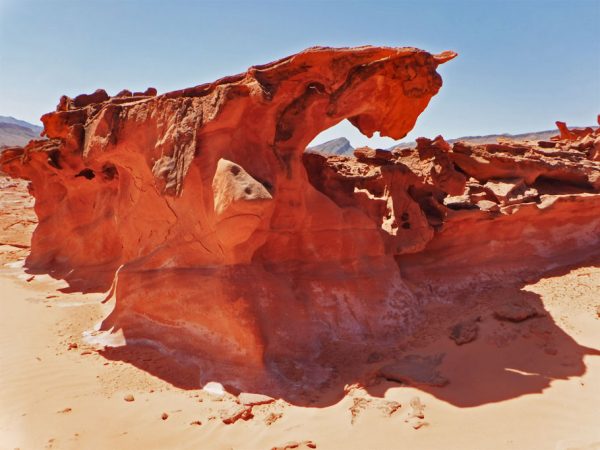 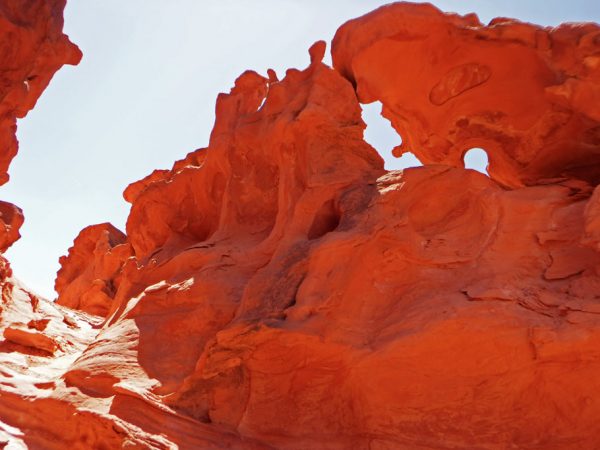 Wandering around is like walking through rock on fire. 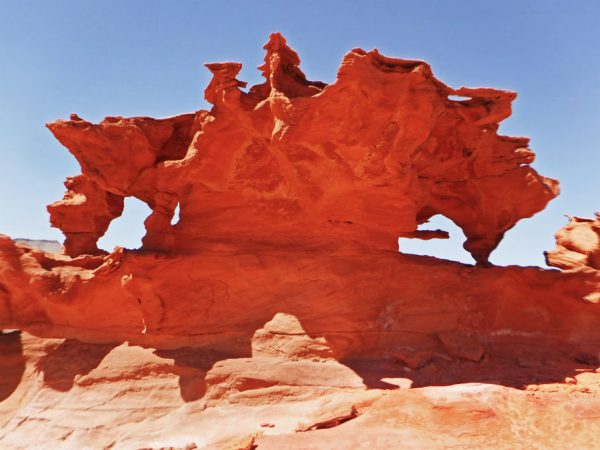 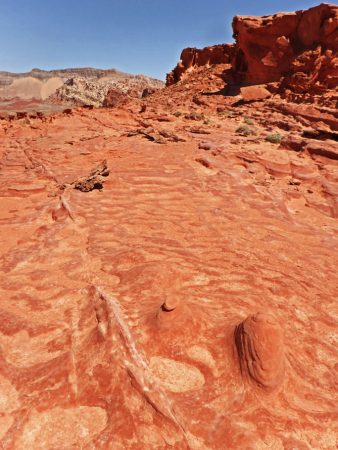 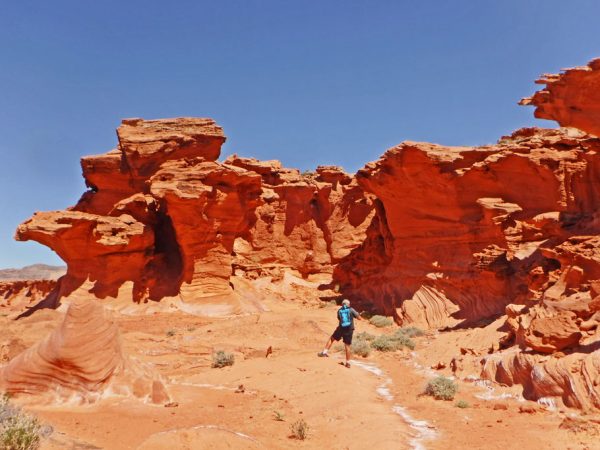 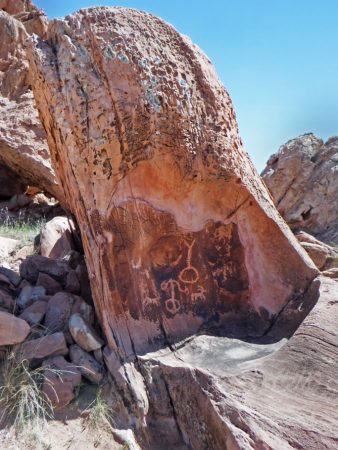 Gold Butte is also home to an extensive amount of petroglyphs. Unfortunately our time in the Monument was limited (Remember, Greg was jonesing to get to Utah – plus we wanted to be in New Mexico in a weeks time to do something special), so this was the only site we saw. Another camper told us about it – it was literally around the corner from our campsite.