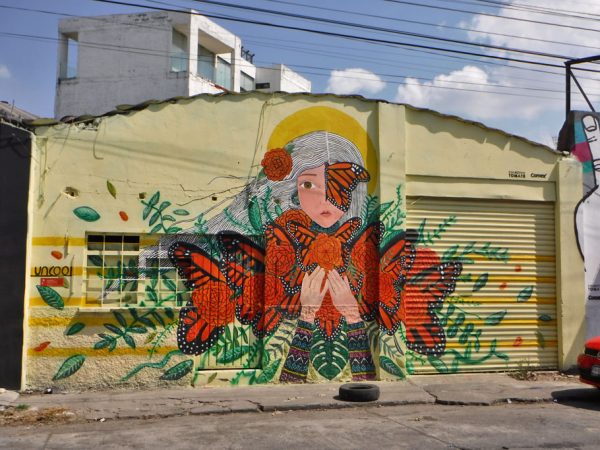 We found the neighborhood near our parking lot more interesting than El Centro. One street had many sponsored murals on its buildings. Also, on Sunday, there was a 5 * 3 block flea-market type Mercado. (Here they called the outdoor market an auditorio.)

It’s pronounced Mow-RAY-Lee-Aah instead of having the expected emphasis on the Lee syllable. Why, because it’s named for Mexico’s beloved revolutionary Morelos (Mow-RAY-lows). Remember when we climbed up into his fist?

The birth home of Jose María Morelos is here. It is now a museum that contains some of his writings, and paintings of significant events in his life. He was a priest, turned warrior, who was executed during the Mexican Revolution. You can easily distinguish him from the other heroes of Mexico by his do-rag. I suspect every school child here knows what this bandana (paliacate) was for, but I had to do some digging online to find out. Jose had migraines. He would soak the paliacate in alcohol and herbs and wear it for pain.

We had passed through Morelia in December and stayed in a parking lot near El Centro. We hadn’t taken the time to explore the city then but made up for that on this stay. We walked all over, taking in the sights, sounds, and smells, and even enjoying some of the tastes.

* As always, click pics to enlarge and open into a slide show. 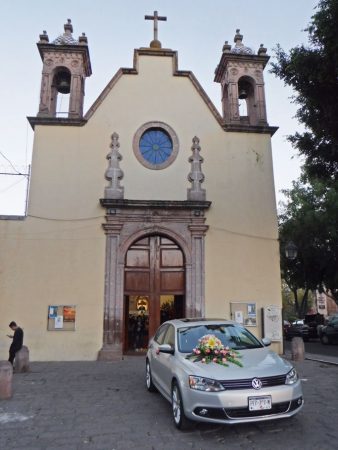 Saturday afternoon, there were several formally dressed families at the churches (perhaps celebrating quinceañeras). Cars decked out with bouquets were close by. 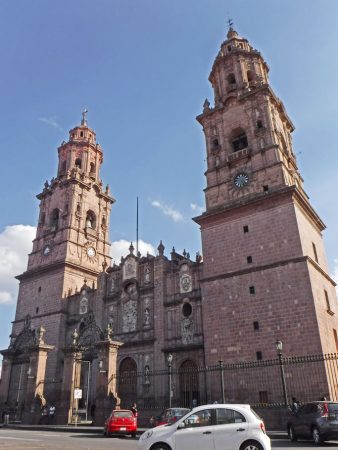 The Morelia Catedrál, built between 1660 and 1744, is a central feature in the downtown area. 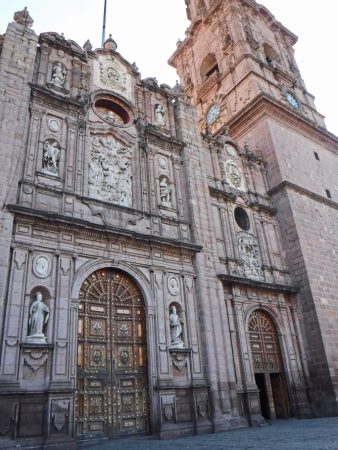 A closer look at the facade of Morelia Catedrál. 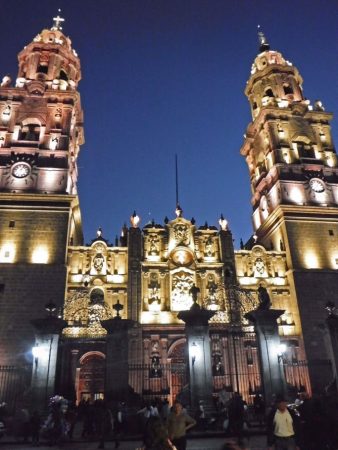 The Cathedral at night. 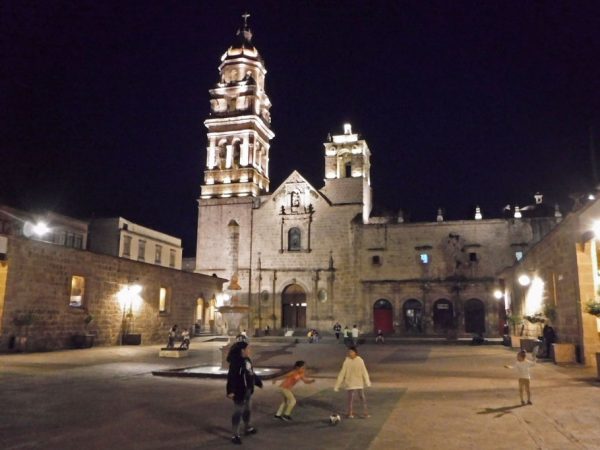 Kids play ball in a courtyard at night. 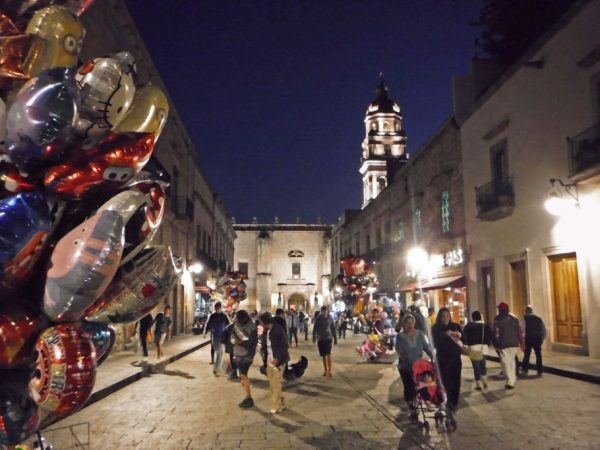 This paseo is alive with activity. There are many restaurants at the end of the street. 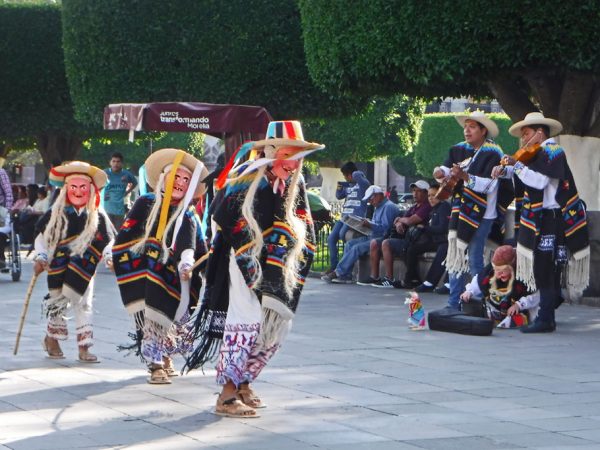 Morelia is the capital city of Michoacán, the home state of the viejito dancers we saw back at Christmas. 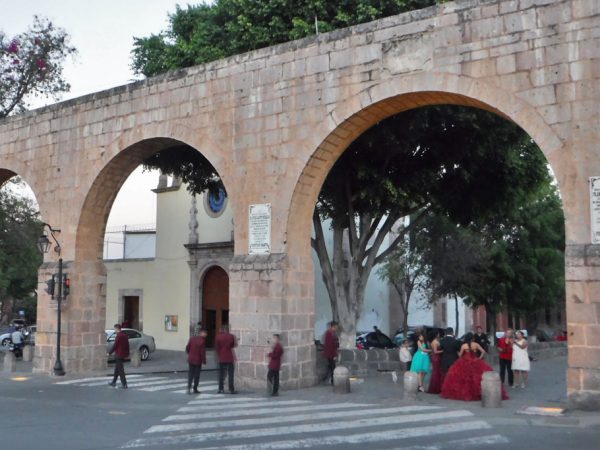 Parts of the city’s old viaduct are still standing. Celebrants in gowns gather under this arch. 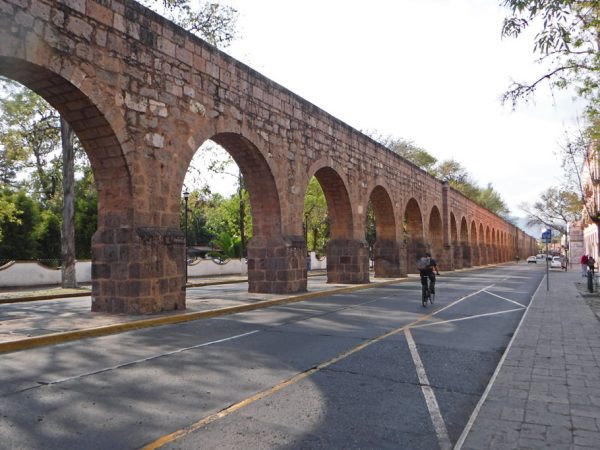 Another stretch of the viaduct, which gravity-fed the city’s many fountains. The arches get progressively smaller, finally disappearing. 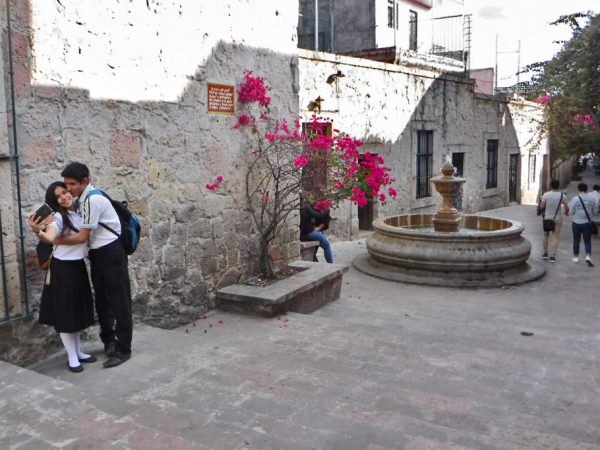 Callejón del Romance (Alley of Romance). Once called the Alley of Socialists, the lane now sports ceramic plaques, each containing a line from a love poem to the city. Fountains and planters have been added, making it a spot difficult to photograph without catching novios taking selfies. 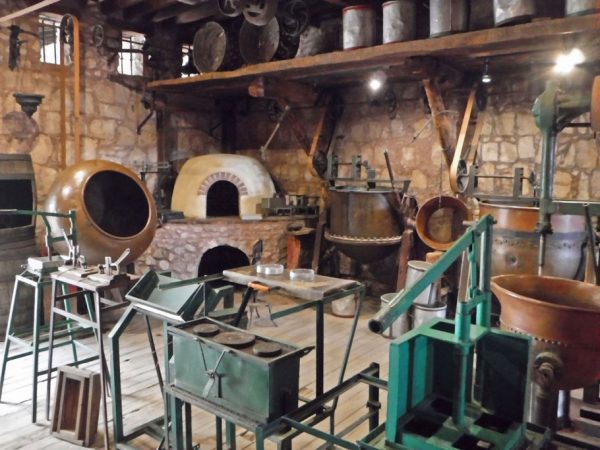 Inside the Museum of Sweets. Here we watched a couple of films about the local history of candy making in the area. Colonials hand-made sweets in their kitchens selling them out of doorways. Candies were made from sugar and fruit pulp. In 1840, the process was automated using these steam-powered tools. 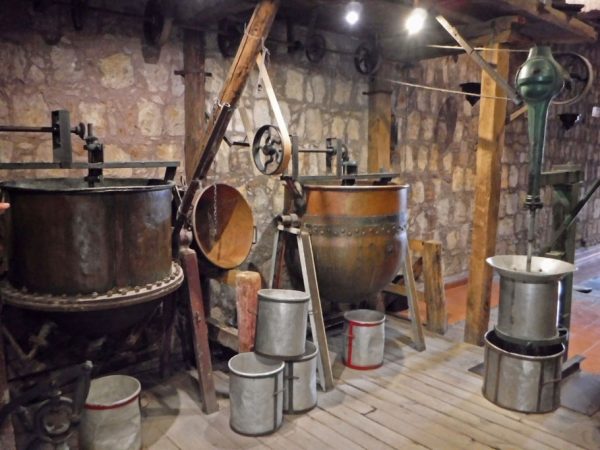 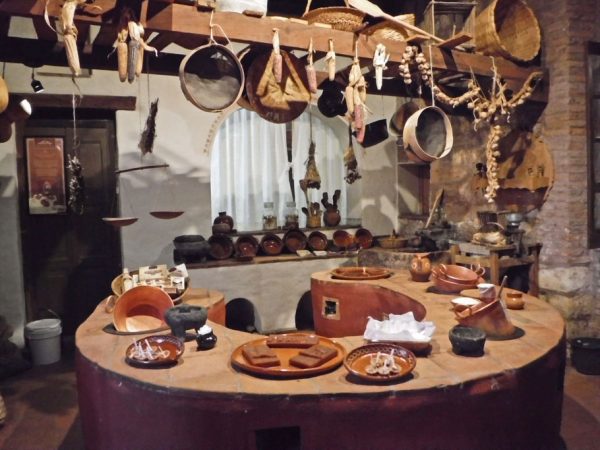 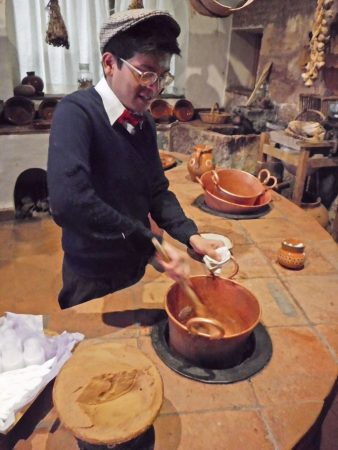 Our guide at the sweets museum demos the candy-making process. First, some quince pulp is scooped from the pot at the bottom. An equal amount of sugar is mixed in. And the mixture is stirred over a stove fire. Tastes great! Gets darker and better the longer it’s cooked. The mixture is put into molds to cool. 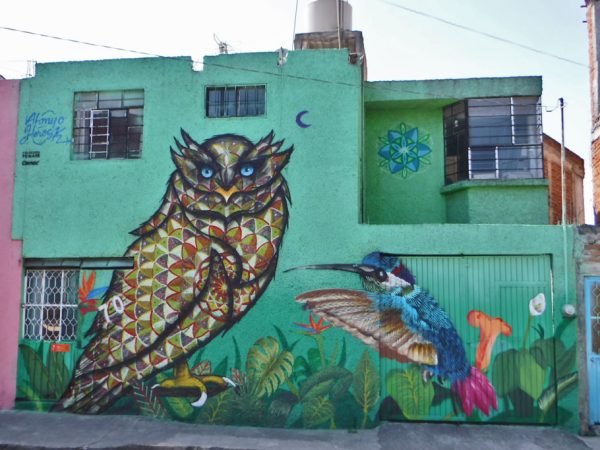 Another mural near our parking garage. This one is called Sabiduria. 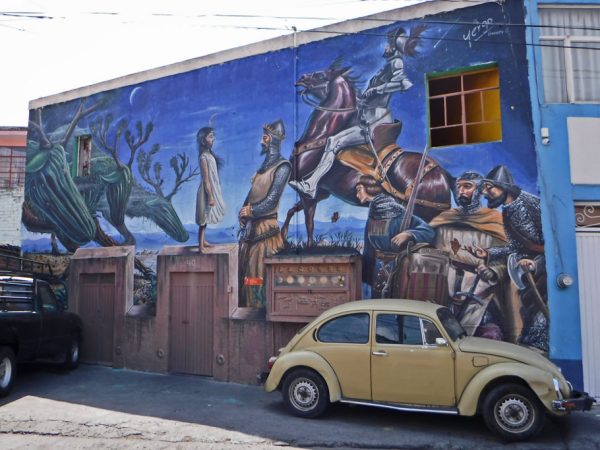 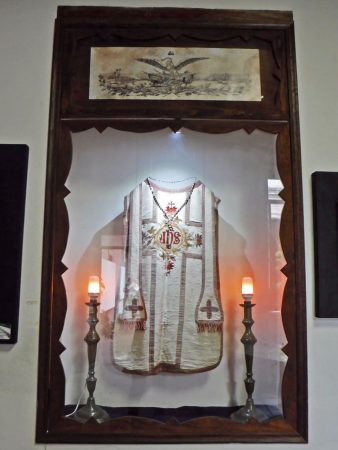 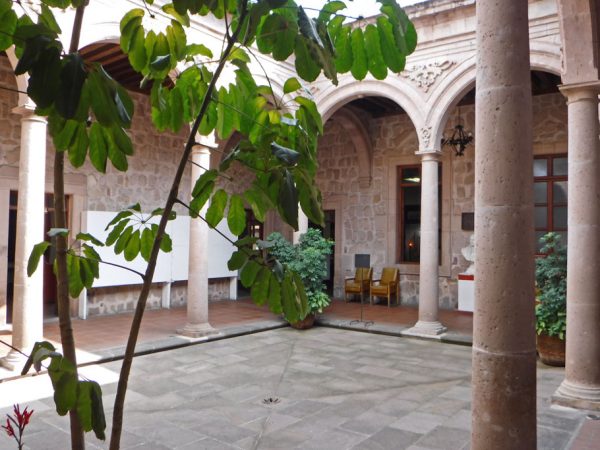 Courtyard at the Morelos birth home. 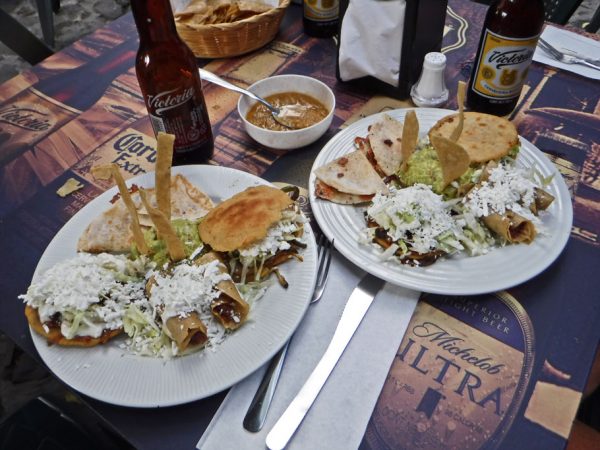 How about a nice supper after a long day of walking? Gorditas, sope, taquitos, quesadillas, guac, and half a dozen cervezas for under $20 US.