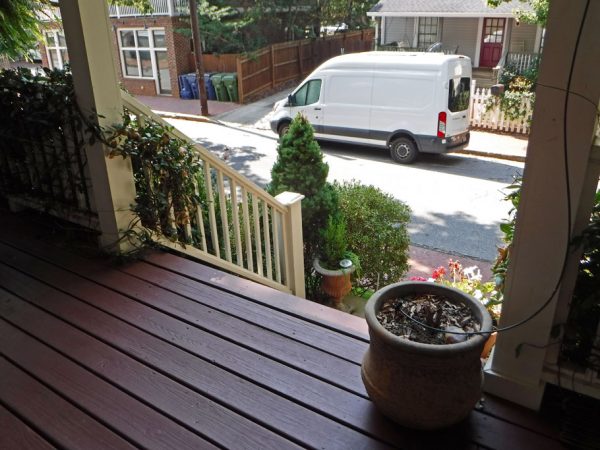 Ballena Blanca hangs out in Cabbagetown patiently waiting for all the fun to begin. 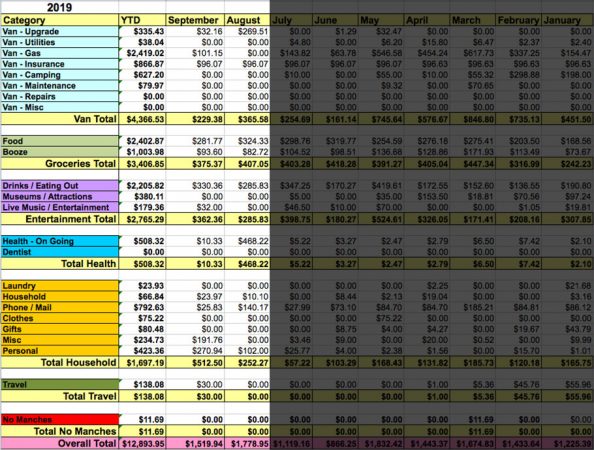 Atlanta is the best at thinking of new ways to have fun. This summer was the second time we had attended a performance of the Candler Park Water Ballet Company. 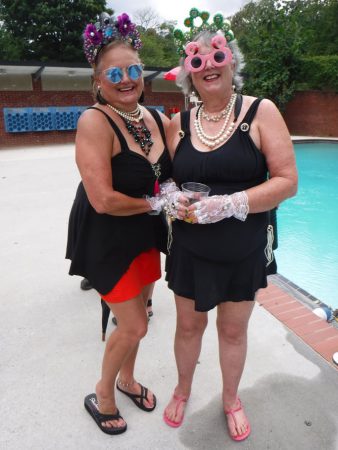 To add to the fun. The Water Ballet includes three amazing friends and Cabbagetown women. Pictured here are Jeanne and Dian. Unfortunately, the third Cabbage Ballerina, Ro, was absent from this performance. 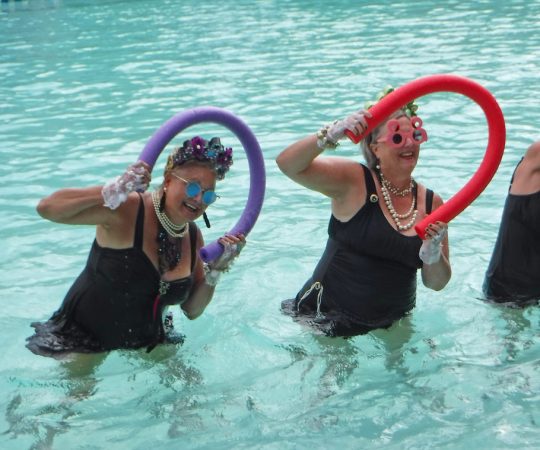 Jeanne and Dian show us what they can do with a pool noodle. 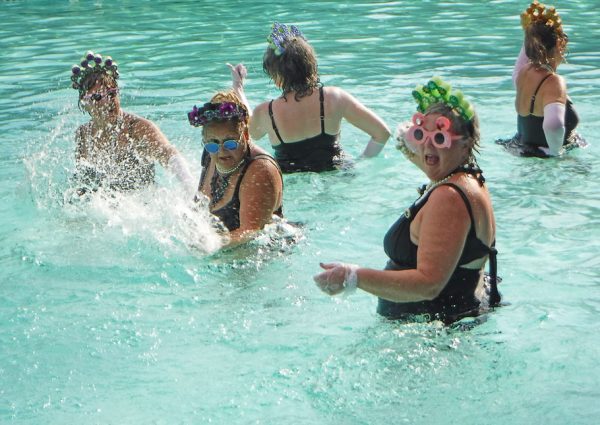 They got the moves! 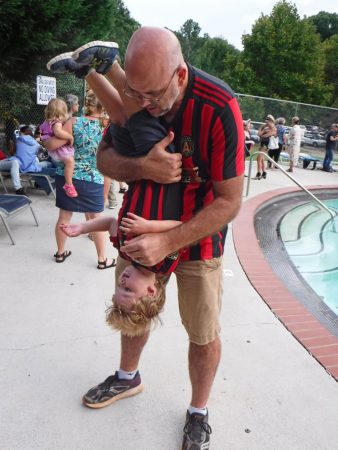 A pile of neighbors came out to see the show including Cabbagehead Q with his dad Nick. 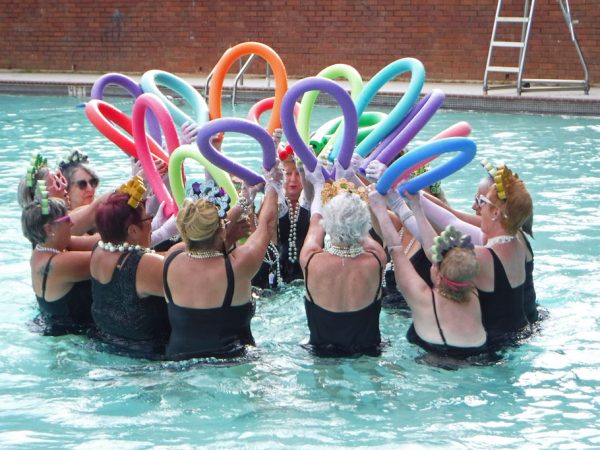 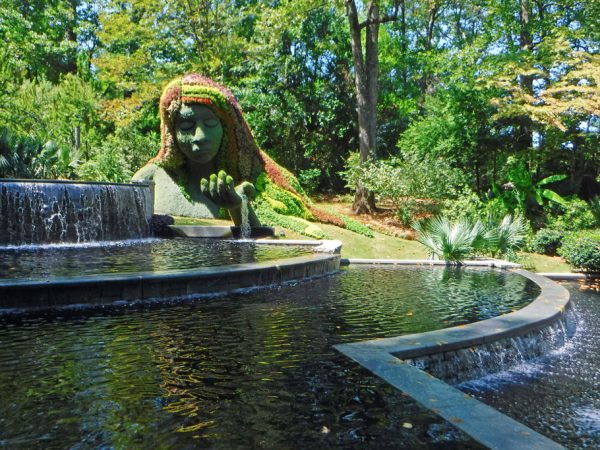 Atlanta has an absolutely wonderful botanical garden. I never go, but some friends were in town and treated me (Greg had to work). 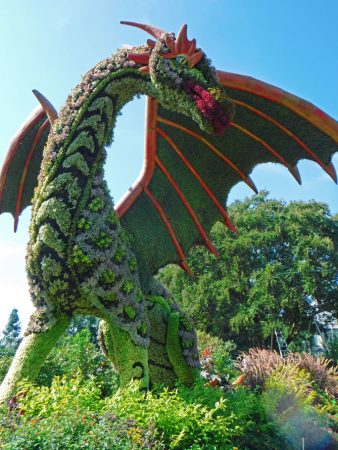 The botanical sculptures were amazing. So glad I took my friends up on the treat. 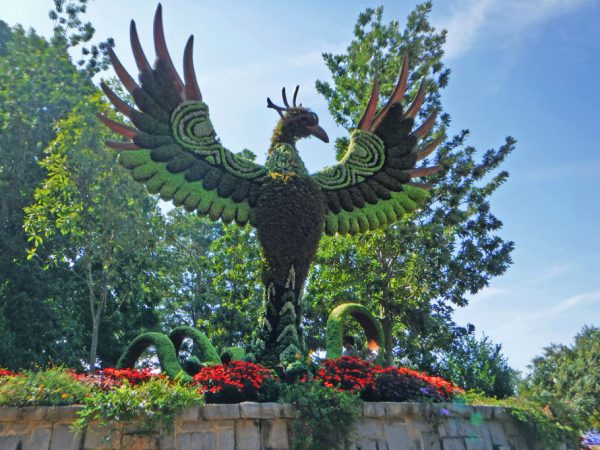 Phoenix. Atlanta claims this as its symbol, since the city rose from the ashes after General Sherman’s visit. 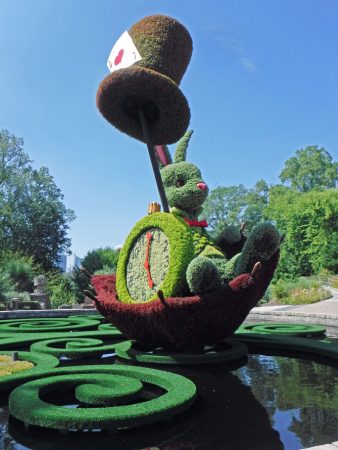 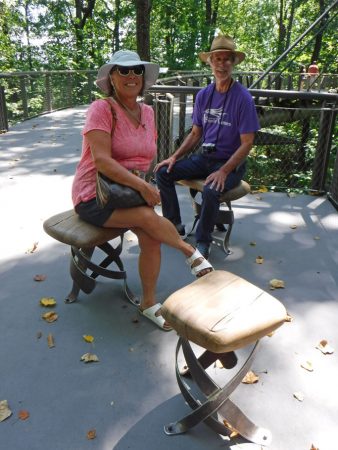 Our friends Michelle and David at the Gardens. 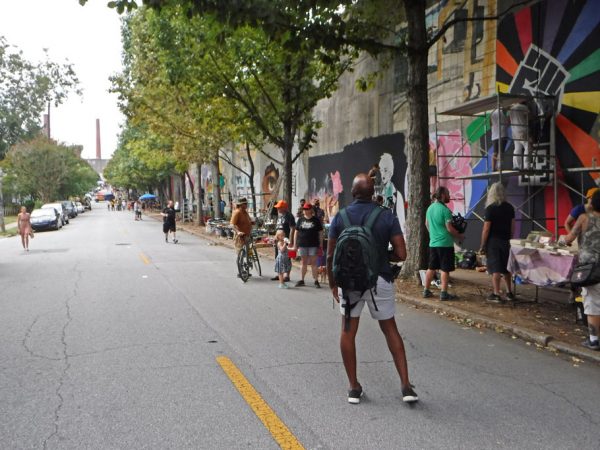 One of the best things to happen in Cabbagetown every year is the Forward Warrior Mural Project. The northern edge of the Cabbagetown neighborhood is one long concrete wall. This wall used to be a destination for random graffiti which prompted a local vigilante to hide out in the trees at night in wait of would-be vandals – jumping out and accosting surprised taggers before they tried to leave their mark. The neighborhood didn’t think this was the best way to deal with the problem so they formed a committee to come up with a solution. This led to Forward Warrior stepping in and turning the wall into a mural space for Atlanta artists. For the most part, the taggers leave the art alone. 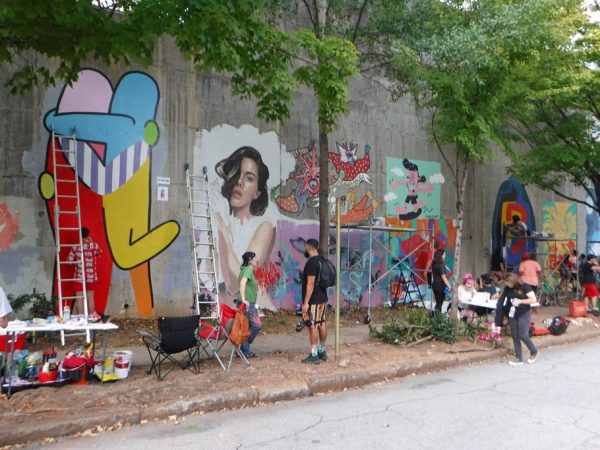 Murals have a life of about three years, but this year a row of scraggly bushes (originally planted as a solution to the tagging) were removed to reveal more wall and a large canvas to work with. 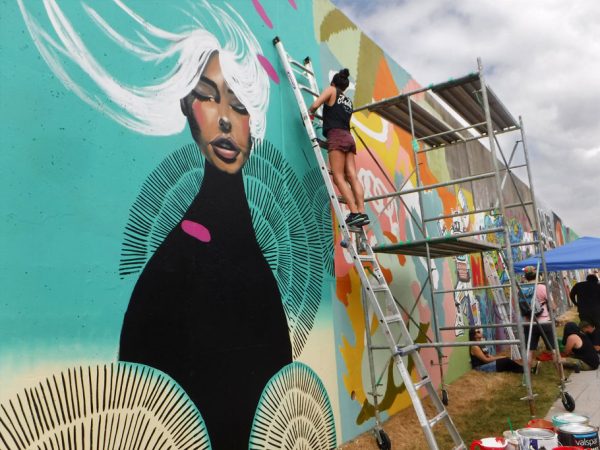 It was a nice overcast day – a little reprieve from the blistering Atlanta sun. 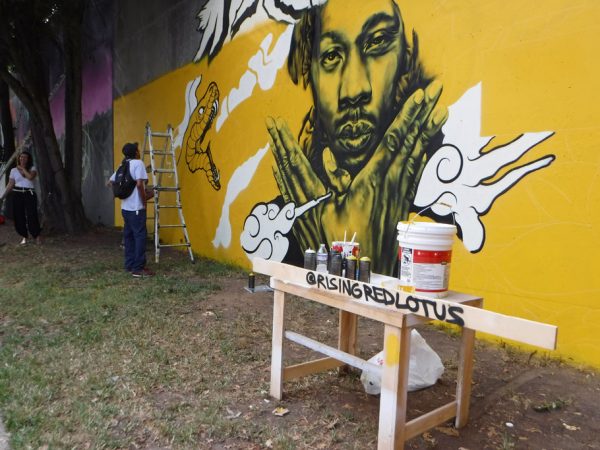 Rising Red Lotus has had this same spot for years and always paints something amazing. 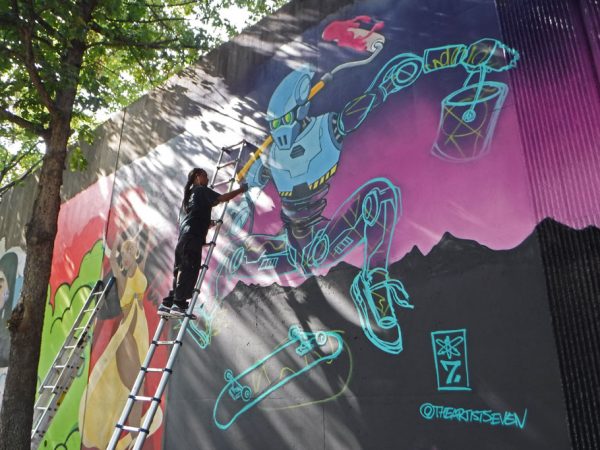 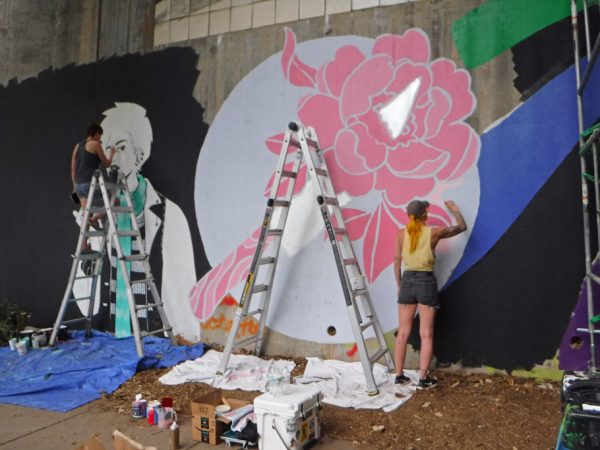 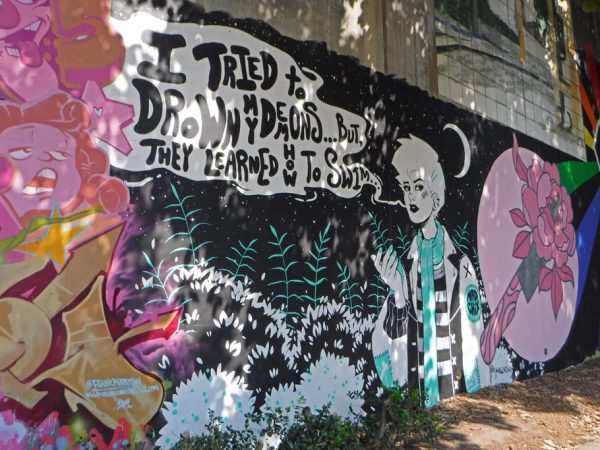 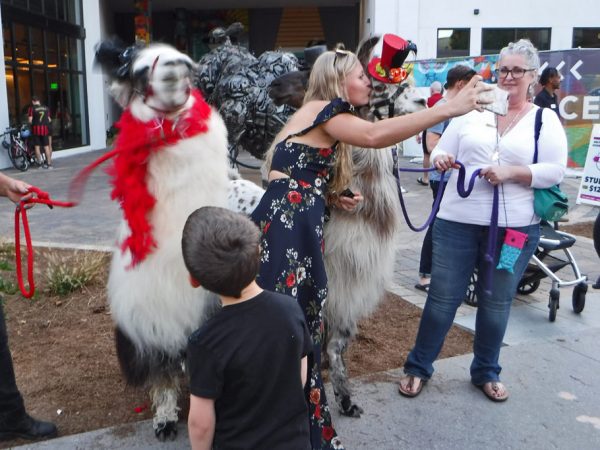 A little llama selfie on our way to the Lantern Parade. 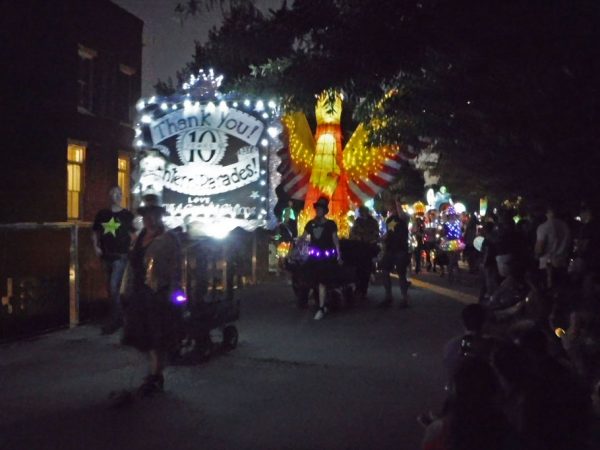 Another favorite Atlanta event is The Lantern Parade. Hosted by the Krewe of the Grateful Gluttons, the parade has been a tradition for 10 years now. 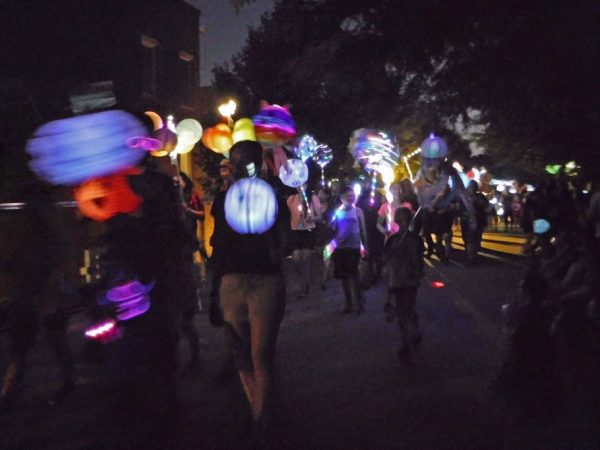 The march begins just outside of Cabbagetown (on the other side of our mural wall) where it procedes down the Atlanta beltline (a walking and biking trail that circles the city). 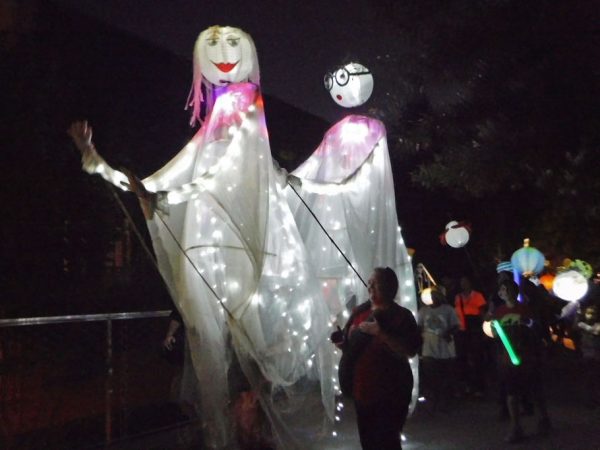 We love the big people! 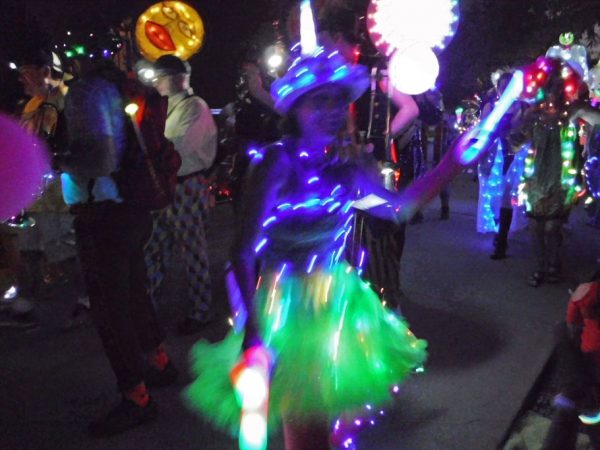 People go all out with their lanterns – actual turning themselves into lanterns. 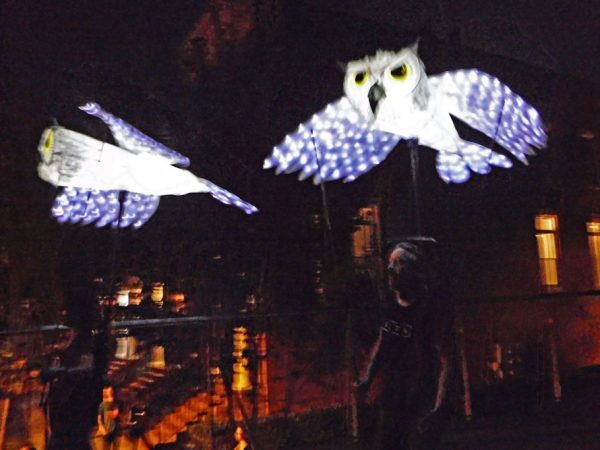 Owls. In addition to lanterns, there are marching bands – but they don’t photograph too well in the dark. 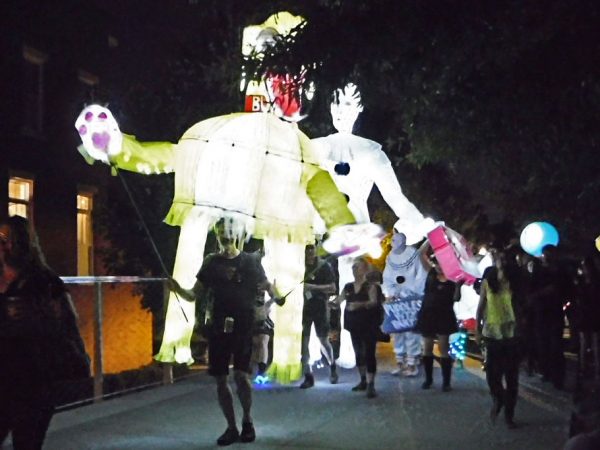 Atlanta’s own Puddles the Clown marches in the parade on his way to a gig. 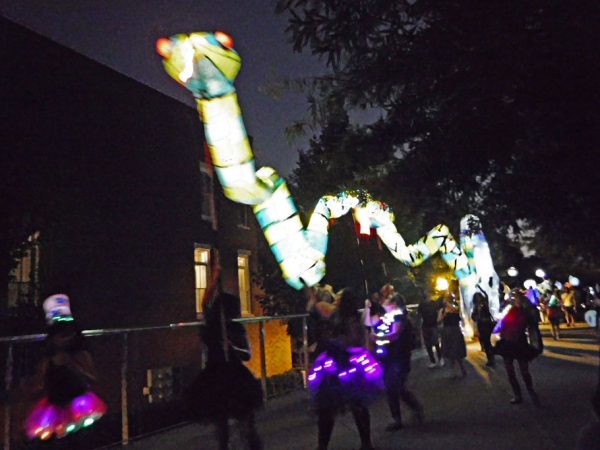