Posted by Duwan Posted on January 31, 2020 2 Comments on On the Hurricane Trail
Posted in Florida, Mississippi, Travel On The Dirt, United States Tagged museum, Public Art

Soon after we entered Florida back in November we started hearing about Hurricane Michael. A category 5 hurricane, Michael, hit the Panhandle back in October of 2018. We first saw scenes of Michael’s aftermath at our second campsite in the Apalachicola National Forest. The site had only been reopened for about a week and there were still many downed trees and broken fences. As we toured the small towns along the Forgotten Coast we heard first-hand accounts of the storm from almost everyone we met.

Even after we got out of Michael territory hurricanes seemed to be a part of people’s everyday vernacular. In Pensacola, the 2004 Hurricane Ivan was mentioned. And when we hit the coast of Mississippi it was Hurricane Katrina.

You may only associate Katrina with the debacle that happened in New Orleans but the actual epicenter of the storm was in Waveland Mississippi. The storm devastated this small town. The only historical building to stand in Waveland after the hurricane is now a museum documenting Katrina and it’s consequences. We had to visit.

And traveling along the Mississippi Gulf on the way to Waveland reminders of the storm dot the medians that split Highway 90. Live Oak Trees decimated by the storm have been sculpted into works of art. You know I had to see those too.

Katrina Trees and “Angels in the Bay”

The Katrina Tree project was started in 2007 when the city of Biloxi hired chainsaw artist, Dayton Scoggins, to transform the standing dead trees in the median of Beach Boulevard into works of art depicting the local sea life. Inspired by the project sculptor Marlin Miller from nearby Fort Walton Beach took over volunteering his time and talent to thank the city for their help in his city’s recovery from Hurricane Ivan. Marlin has sculpted at least 50 of these trees.

Because I love public art and wanted to see every tree carved, I searched for detailed information about the location of all the trees. Initially, all the internet told me was that the sculptures were located along Highway 90. And much more searching I finally found out that a map of the sculptures could be picked up at the Biloxi Visitor’s Center.

We picked up the map. It was some help but overall not very detailed so we headed out down the highway with our eyes peeled. Not all of the sculptures are located on the highway so there was no way to spot those but I think we may have found most of the trees along Beach Boulevard. I have made my own map of the ones we spotted.

Also included in my map are the “Angles in the Bay” tree sculptures in downtown Bay St. Louis carved by Dayle K. Lewis. We didn’t locate all the “Angles” but a description of where they can be located can be found here.

* Helpful hint! If you decide to look for the sculptures yourself the easiest way to see them is to travel from west to east. Parking is only available on the southside of the median. If you travel like we did, east to west, you will have to constantly make u-turns to park in order to get out and walk up to the trees. 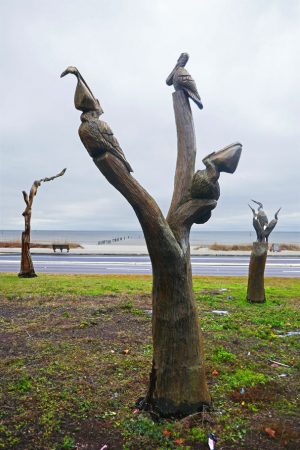 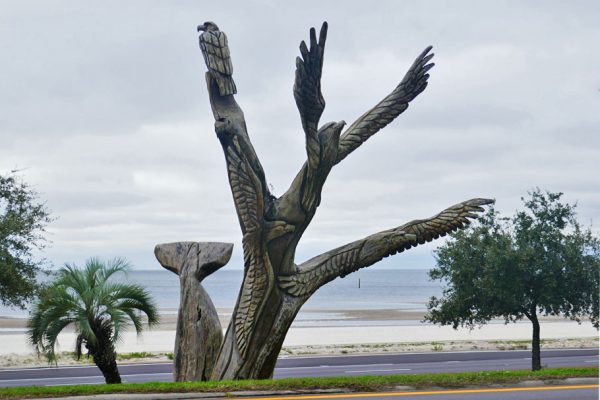 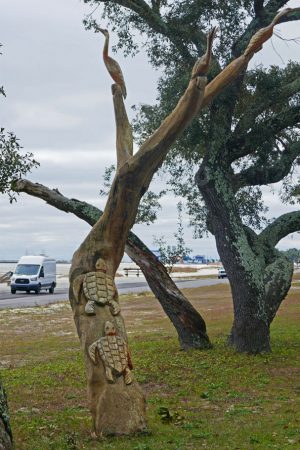 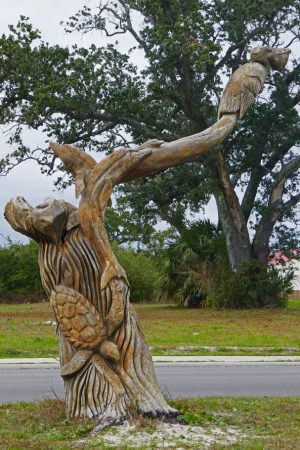 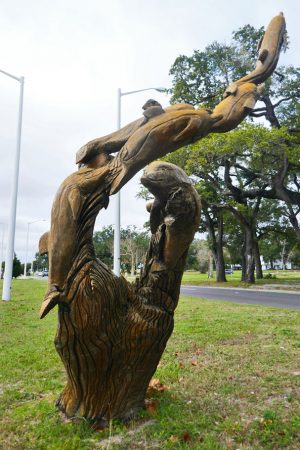 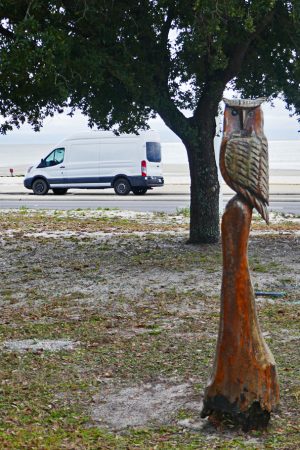 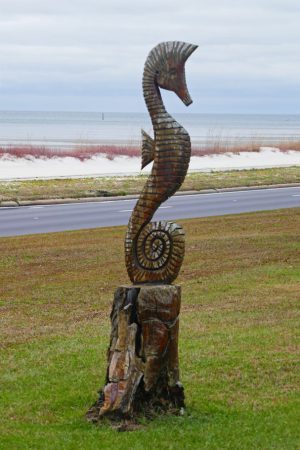 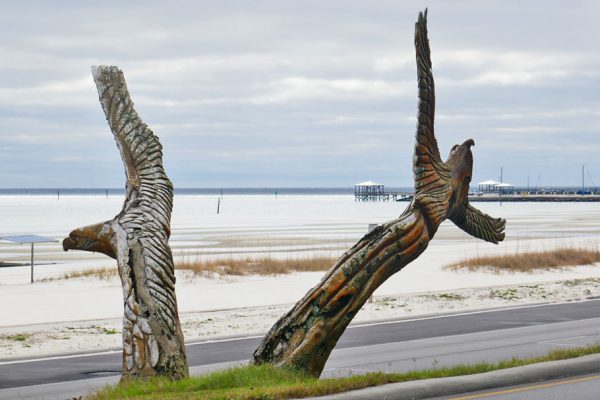 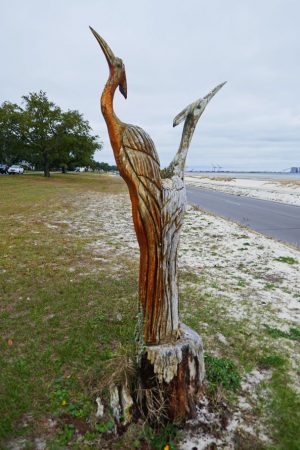 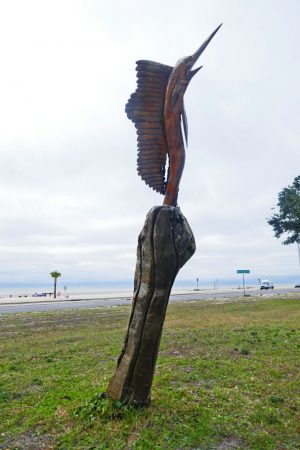 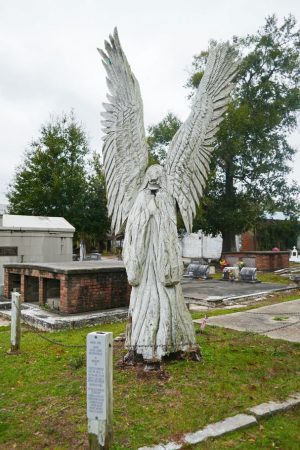 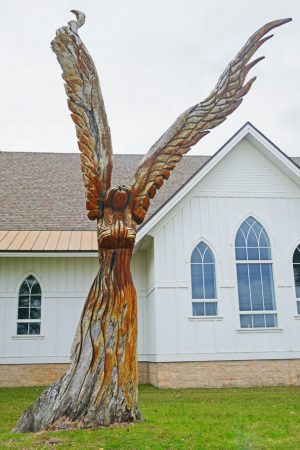 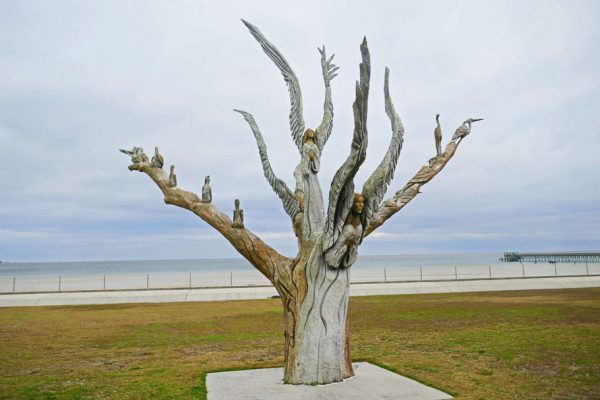 This is a free museum which we happily gave a donation to. We were greeted by a volunteer who told us about the devastation Katrina caused to this small town, explained the history of the building that now houses the museum and took us on a mini-tour of the exhibits before letting us explore on our own.

2 thoughts on “On the Hurricane Trail”