Warning – these aren’t your Egyptian mummies all wrapped up in linen bandages. These mummies are naked – well, actually some of them are clothed which actually makes them a little creepier. Also – there are babies. 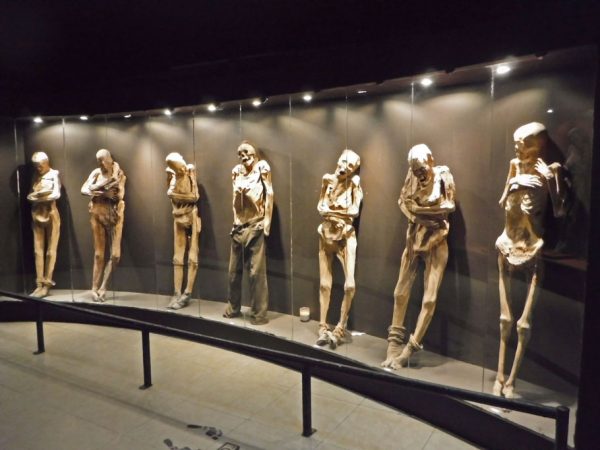 From 1865 to 1958, the town of Guanajuato levied a tax on mausoleums. When relatives of the deceased failed to pay the tax for three years in a row, their interned loved ones were evicted from the cemetery (dug up). 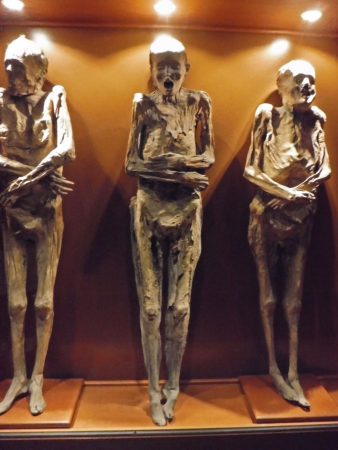 Due to the very dry conditions of the local soil, the corpses were often well-preserved. The cemetery kept these bodies on hand, underground in a room under the cemetery (an ossuary) in case the relatives decided to pony up and have their family members reburied. 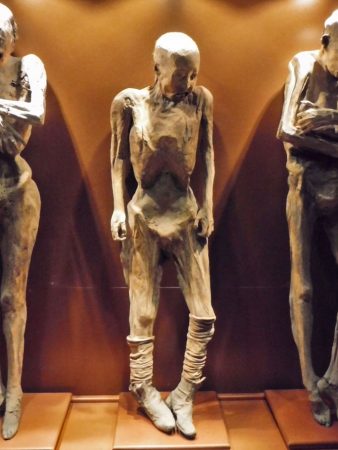 By the 1900s the ossuary started attracting tourists, and the cemetery workers began charging a people a few pesos to see the leathery remains. Over 100 bodies are displayed in the museum today. 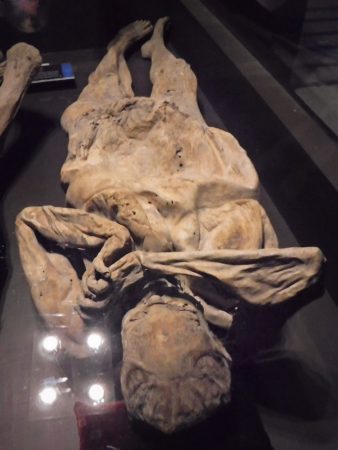 It is believed that Ignacia Aguilar-Chirico was buried alive. She suffered from an unusual sickness that made it appear that her heart had stopped. After her heart had seemed to stop for more than a day her relatives, thinking that she had died, decided to bury her. When she was disinterred she was found lying face down, biting her arm with lots of blood in her mouth. 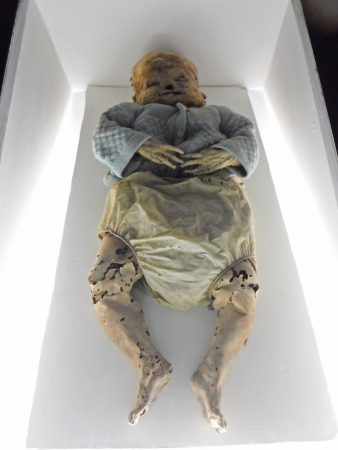 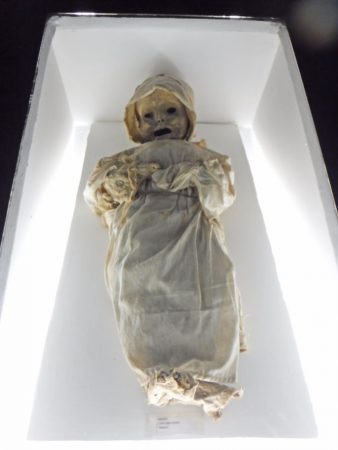 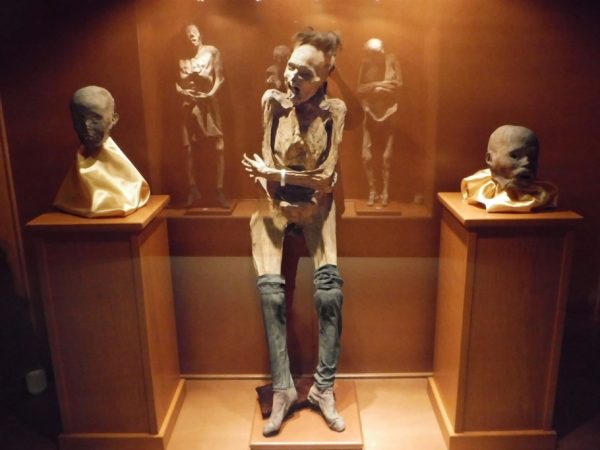 Ray Bradbury made a visit to the cemetery which inspired the short story, “The Next in Line.” In an introduction to an anthology of some of his stories he wrote this about his visit, “The experience so wounded and terrified me, I could hardly wait to flee Mexico. I had nightmares about dying and having to remain in the halls of the dead with those propped and wired bodies. In order to purge my terror, instantly, I wrote ‘The Next in Line.’ One of the few times that an experience yielded results almost on the spot.” 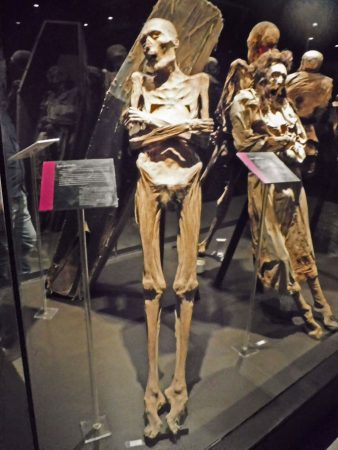 Juan Jaramillo –
I was brought to the cemetery on the first day of the year 1903. On February 19, 1910, they removed me from the crypt number 212 of the fourth series of Santa Paula Cemetery.
I have been invited to other museums in different countries, who would have thought it, a traveling mummy. But do not think that this was pure luck, the fact is that I am the best preserved mummified body: I have my dentures and my skin does not have any holes. Considering that for many years I had no protection whatsoever from nosey and touchy people, I am in much better shape than my partners. 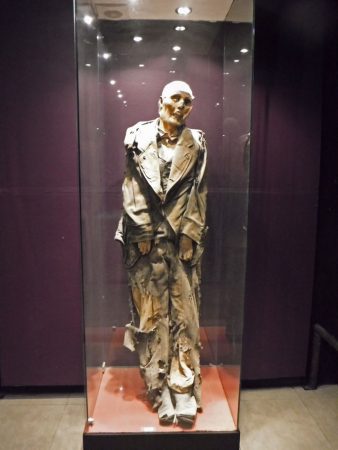 Dr. Remigio Leroy – the first body to be dug up and discovered as mummified 1865. 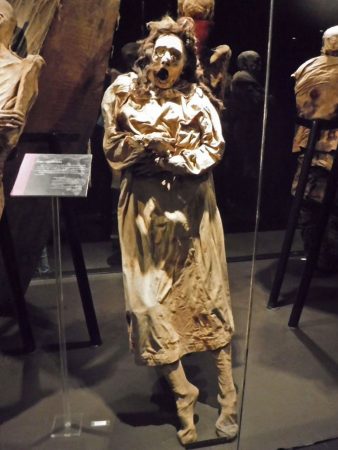 Woman in Nightgown –
I was almost 70 years old when I came to rest at the Santa Paula Cemetery, but on January 20, 1973, I was found as a statue of eternity. I became part of the second group of mummified men, women and children since before me were others.
I rest in a white and smooth nightgown that accompanies me in this eternal dream. 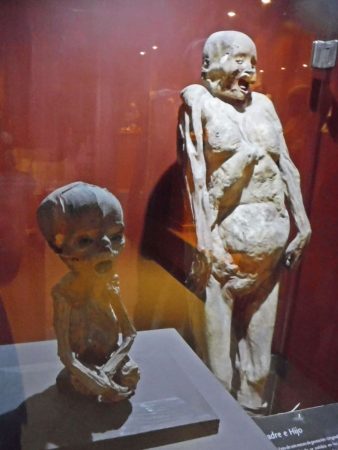 Mother and Fetus –
There is evidence that this approximately 40-year-old woman was probably from a poor family and poorly nourished for a pregnant woman of her age.
The fetus was about 6 months into his gestation and died when his mother died. Currently, he is the smallest human mummy in the world.

2 thoughts on “The Mummies of Guanajuato”