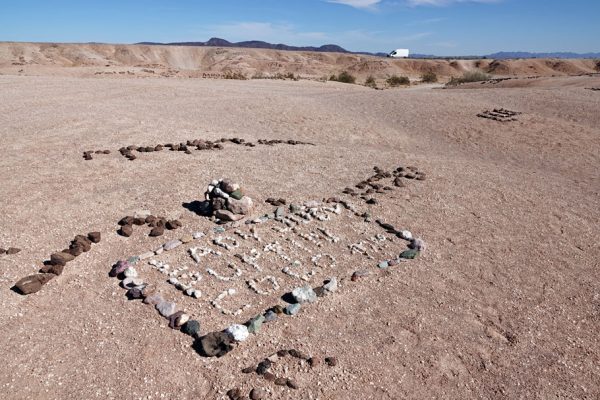 I had heard (and read) that a 4WD was required to get to the Valley of Names. We had first come to know about the site, 1200 acres of barren land where people go to spell out their names with rocks, back in February 2020 when we were hanging out in a desolate part of the Southern California desert. At the time we were unprepared to chance the road and get stuck (or worse) so we gave it a pass.

Finding ourselves back in that part of California about a year later and anxious for some adventure we finally decided to give it a shot.

Driving north out of Yuma, the road was paved until we crossed the Colorado River. From there we drove 6 1/2 miles on a dirt road through reservation land and then onto rougher BLM roads. The road, which was no worse than many of the other roads we have been down before, started getting a little dicey just as we reached our destination.

It is generally believed that people started writing out their names with rocks in this area during World War II. This bit of desert had been turned into training grounds for warfare in North Africa by General Patton. Servicemen, leaving for uncertain fates, left their names behind for their loved ones.

After the war, the land was turned over to the Department of the Interior and is now managed by the BLM. And people have made the rugged journey out here ever since to leave their mark with stones.

There are no spare rocks in this part of the desert and many websites will tell you to bring your own but the BLM discourages this idea. The site is an Area of Critical and Environmental Concern and is known for being a habitat for the endangered Desert Tortoise. Rocks brought from outside the area could carry seeds of invasive species.

Still, it is obvious that people do bring their own rocks, many of them painted, as well as leaving other mementos along with their names.

We did not leave our monikers among the thousands of names. And although we saw a few interesting arrangements of rocks, honestly I expected to see more “art” than we did. An older gentleman on an ATV stopped to chat. He said that he had seen “Vote for Perot” written out in stones. We all thought it odd that someone would drive all that way to leave an endorsement for the billionaire who made a couple of unsuccessful bids for the presidency in the 1990s. After a little thought, Greg asked the man if what he saw didn’t say “Vote for Pedro.” “You know, I think you’re right,” he said, “Who’s Pedro?” “It’s from a movie,” Greg told him. “Oh,” he said and motored on to read more rocks. 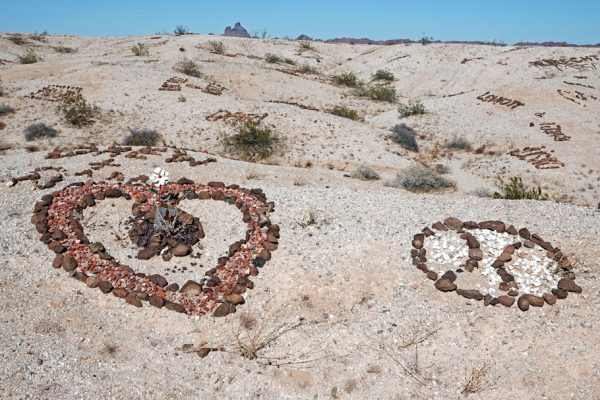 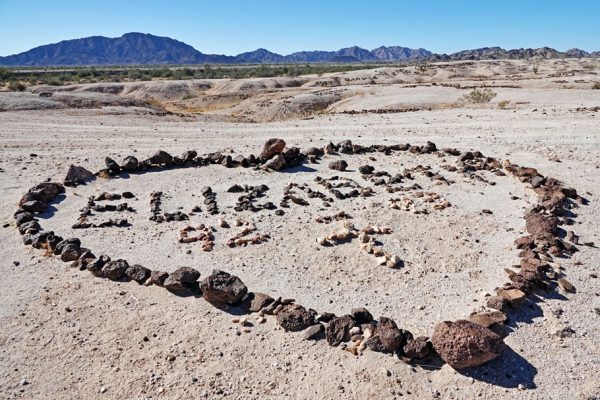 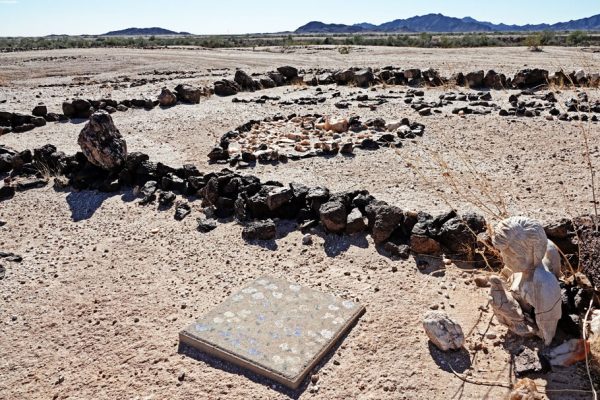 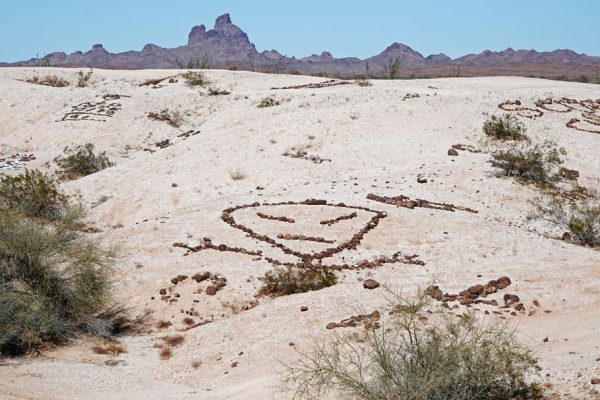 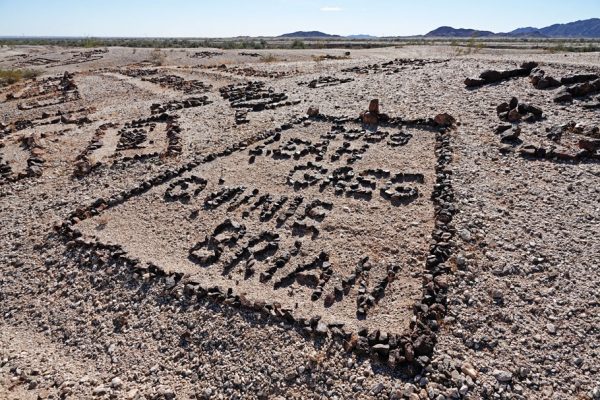 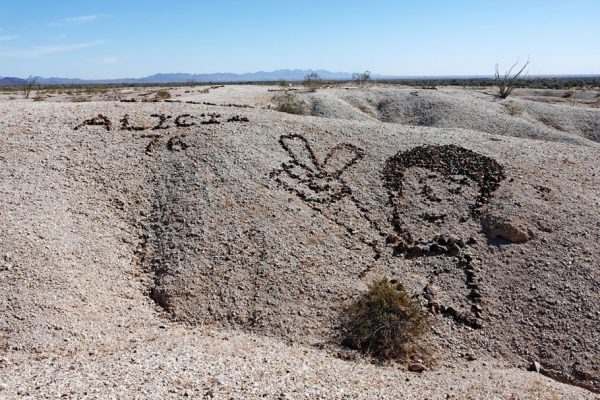 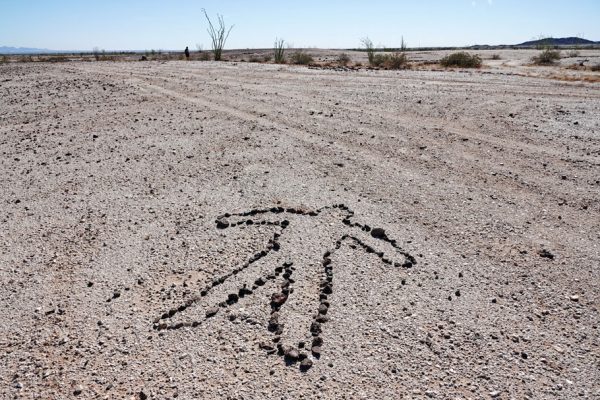 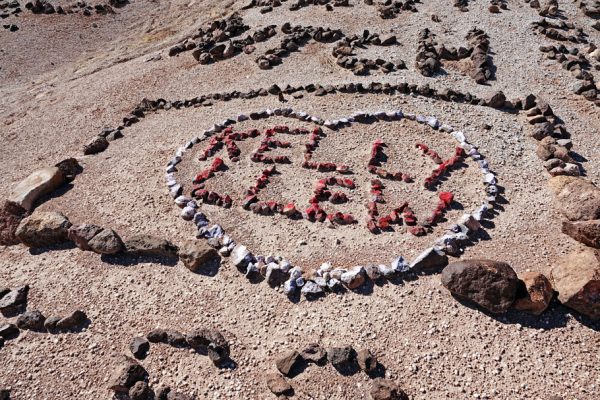 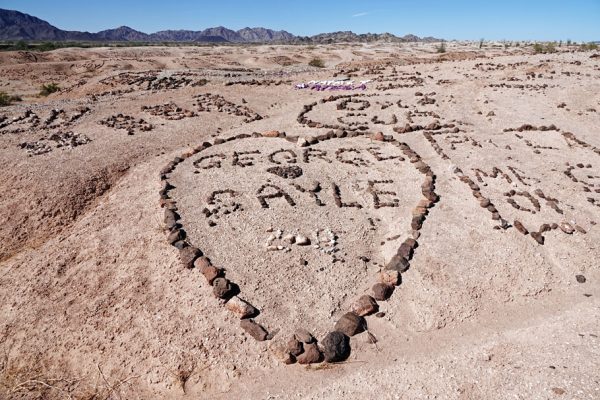 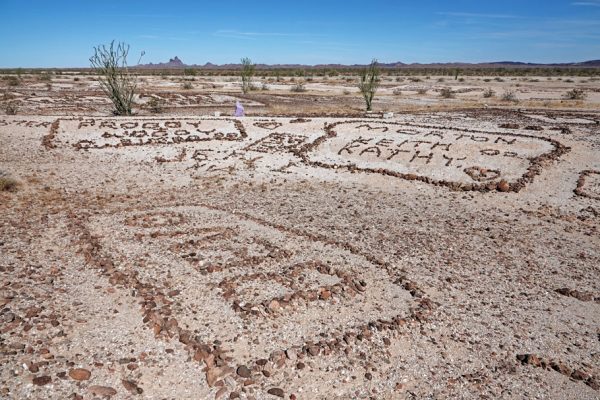 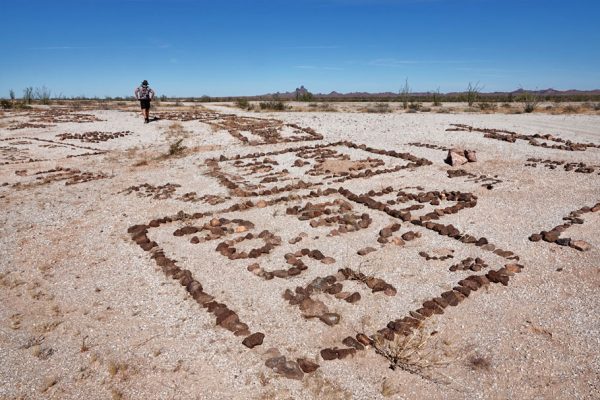 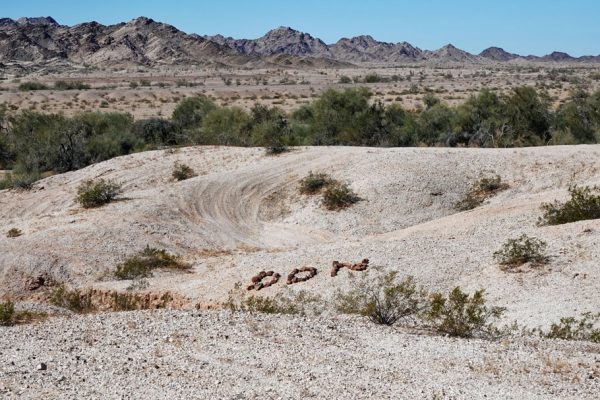 My parents’ names. My mother spelled her name Jeanell, though. 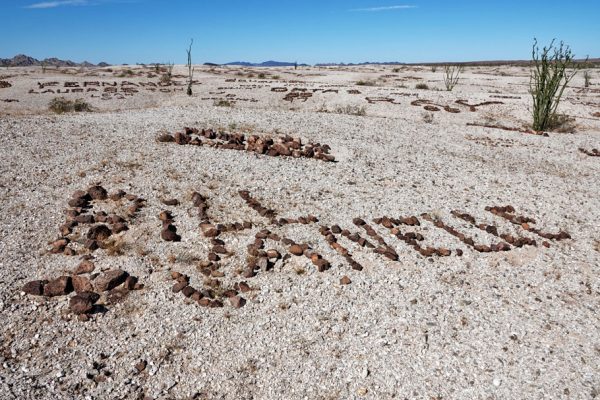 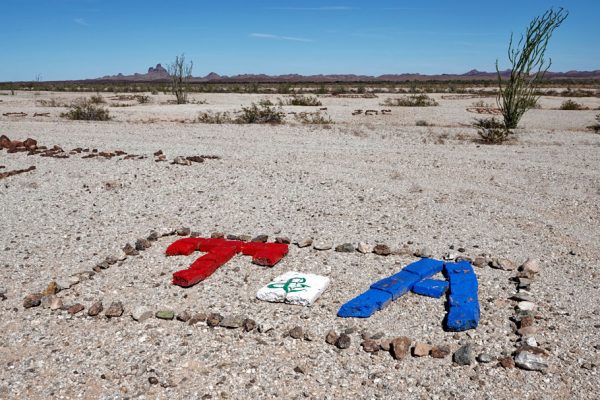 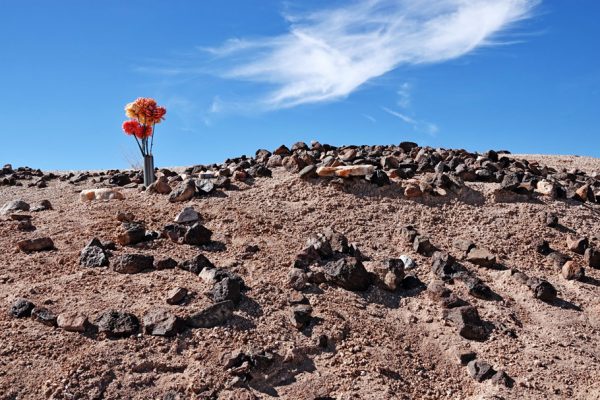 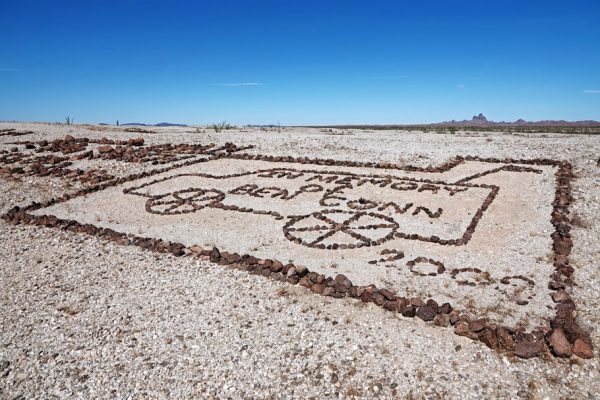 We spent the night near the Valley of Names and, of course, we went birding and looking for wildlife the next day.

It is quite possible that  I will be sharing this post on any one of these sites this week:  My Corner of the World, Travel Tuesday, Wild Bird Wednesday, Through My Lens, Weekend Coffee Share, and Sharon’s Souvenirs. Check out these links to see what other people are doing all over the world.

10 thoughts on “Valley of Names”