Posted by Greg Posted on January 22, 2012 0 Comments on Jan 17
Posted in Florida on the Water, Fort Lauderdale, Life on the Water 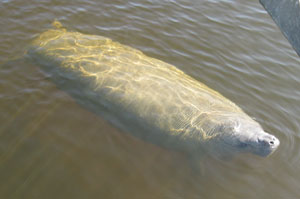 No one made us leave the private dock. We had been assured by everyone that the left side of the channel was deep. So we left early in high spirits holding close to the left side. Well, there was this one hump on the bottom. We found it. Aground again after going only 100 yards.

We were by a house now. The homeowner came out and observed that this was our second day aground in the same section of the river. He pointed out that we were in a shallow spot. We thanked him profusely.

This time the tide was going coming in so we just decided to wait until there was enough water to float us off. It was a good opportunity to see manatee up close and call to upgrade our BoatUS towing package. We chatted with all our tug operator buddies. We finally got away late in the morning. The depth in the rest of the river was fine as we motored out. 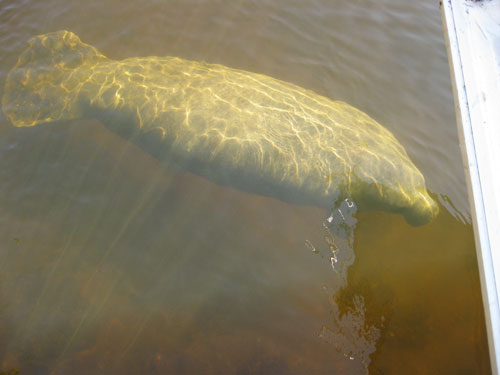 There are four drawbridges close together in Ft Lauderdale. It was a little harrowing getting through these as all the other boats were faster and the bridge operators didn’t want to hold up car traffic. But after we cleared all the bridges we did have the pleasure of seeing one of our tug buddies come by. It was nice to tell him we had gotten off without help today.

We stopped to top off the tank with diesel. I tried to get the holding tank cap off so we could have the tank pumped out, but the cap was stuck in place. We anchored south of Las Olas bridge with minimal drama. 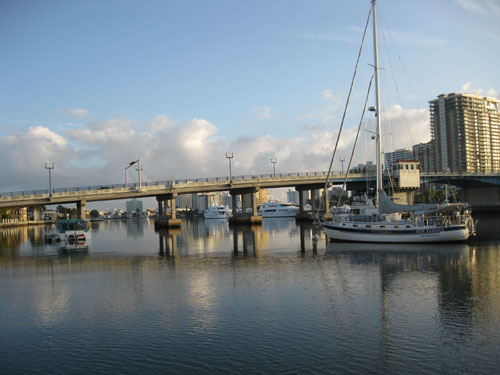