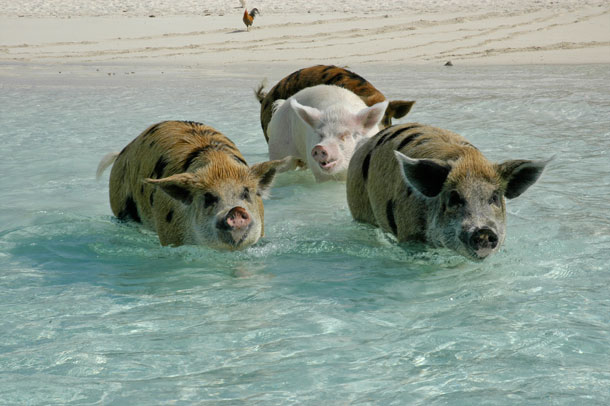 The swine flew out to meet us.

‘Should you make fake outboard motor noises so they will know we are here?’ asked Duwan. Not necessary. Don’t know if they heard us talking or heard the oars creaking in the oarlocks, but roused from their slumber and rushed out into the water to greet us.

We are at ‘Pig Beach’ on Big Major’s Spot, where years ago Staniel Cay residents left some pig. Now pigs, and chickens, patrol the shore waiting for handouts from cruisers. 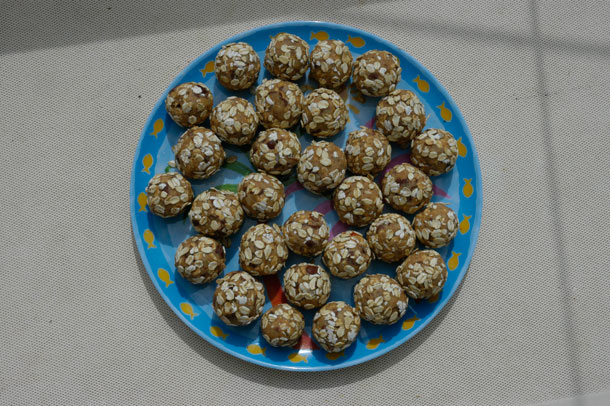 At first Duwan wanted to offer the porkers some home-made vegan sausage, but I protested on the grounds it might promote cannibalism. Instead she made these balls of peanut butter, oatmeal, and leftover beans and rice. These were well received, though I didn’t see them lingering on any palates. 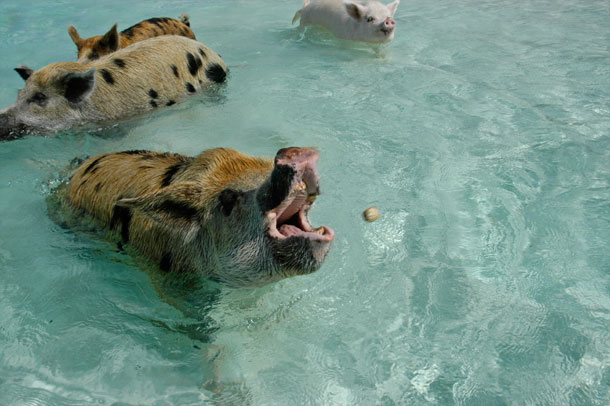 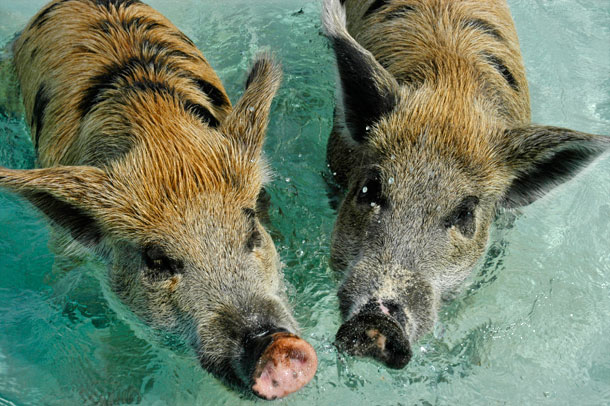 This cute couple had a dispute over the Boar Bean Balls. 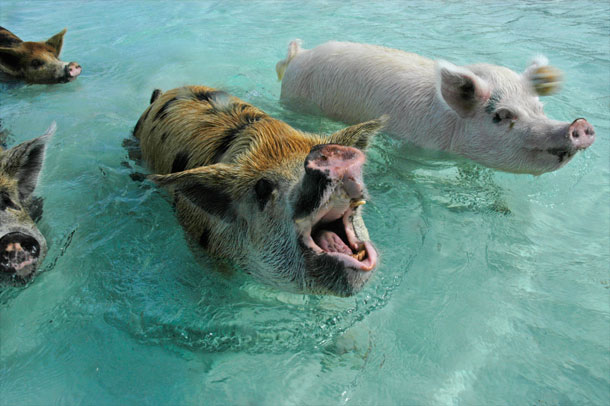 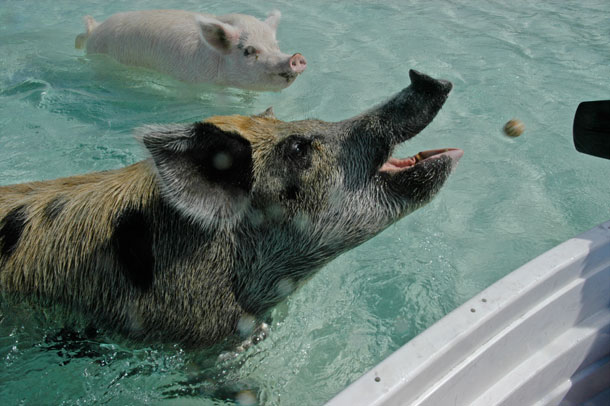 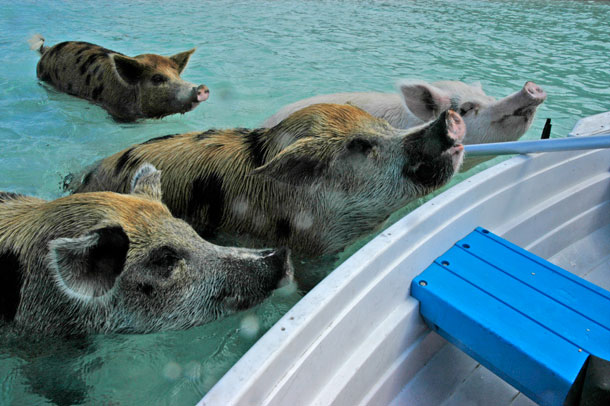 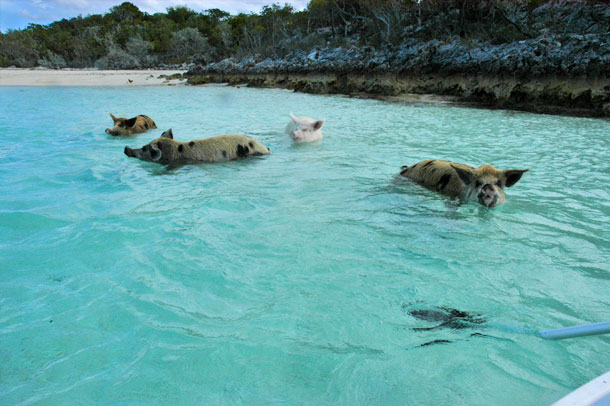 No more treats? Next! 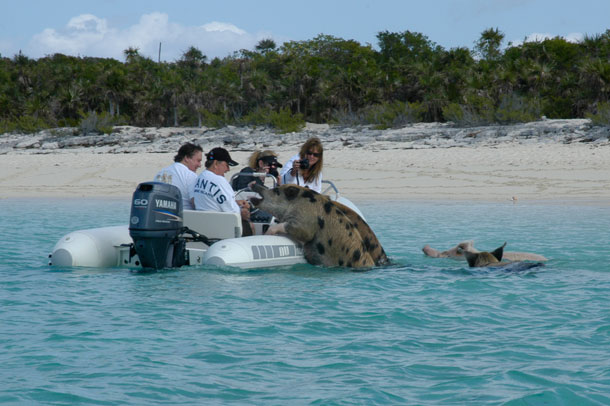 These guys get pretty excited. There was a brief altercation between a couple we were feeding. And if you toy with them too much they might try to board your boat. The skipper of this craft hopped out and let them chase him onto the beach before setting his goodies down and running off.