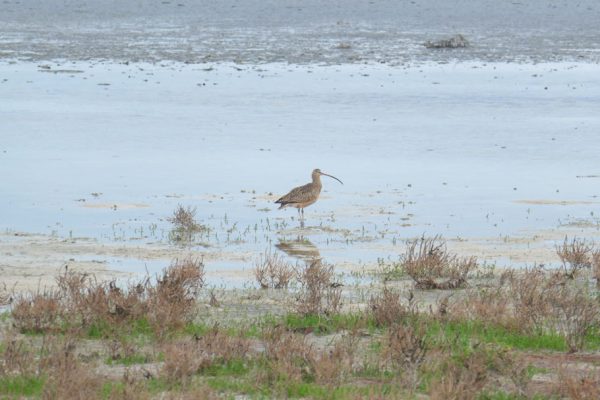 It’s fun to watch Curlews like this one jab their long beaks all the way into the ground.

I believe I have mentioned before that Greg has decided to become a birder. We did a little birder intro talk/walk when we were at Davis Bayou in Mississippi this past December. Later that month we bought some binoculars. And ever since we have been looking for birds where ever we go.

When we were at Padre Island National Seashore we did a three-hour bird tour. Nearly half (over 380) of all bird species that have been documented in North America have been found on the island. The seashore is located on the Central Flyway, a major migration route north and south through the Americas traveled by birds every year. And the island is the winter home for many birds such as sandhill cranes, snow geese, and redheaded ducks.

Our volunteer guides on our tour took us to some bird hotspots around the park in a passenger van, pointing out species as we went. It was a cold dreary day and most of the birds we saw were at a distance but still, our guides could id them almost every time without ever lifting their binoculars to their eyes. Greg kept track of what kind of birds we saw on a check-off sheet. I think at the end of the day we had checks by 26 different birds. Our guides were disappointed, it was a light day.

Before this tour, I didn’t know the difference between terns and gulls. Shorebirds were either cranes, egrets, pelicans, or miscellaneous brown birds. Honestly, I didn’t think that birding could be so interesting and enjoyable.

During our trip down the Gulf Coast of Texas, we went on a few kayak trips, walked on the beach a bit, and did some small hikes – always keeping an eye on the natural world and especially looking for birds.

The Cooks Lake to Scatterman Paddling Trail is a marked kayaking trail on the north side Beaumont, TX. The trail is a 4.8-mile loop that takes you up the Neches River to Cooks Lake and through a moss-draped cypress/tupelo slough in the Big Thicket National Preserve and back to the Neches River.

The only birds we saw on this kayak were flying high above our heads. But it was a lovely kayak and we got to paddle between cypress trees one more time. 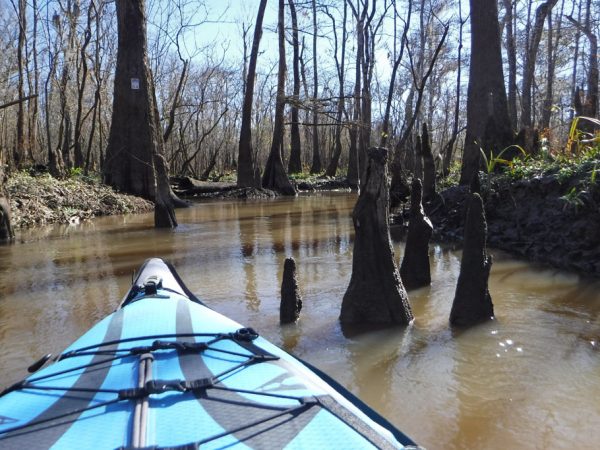 Our trip up the river was pretty uneventful but then we entered the Big Thicket National Preserve and crossed through a cypress swamp. The water was super shallow but we made it through to the other side. Pirogue Bleue may have a few tiny scratches on her bottom side now. 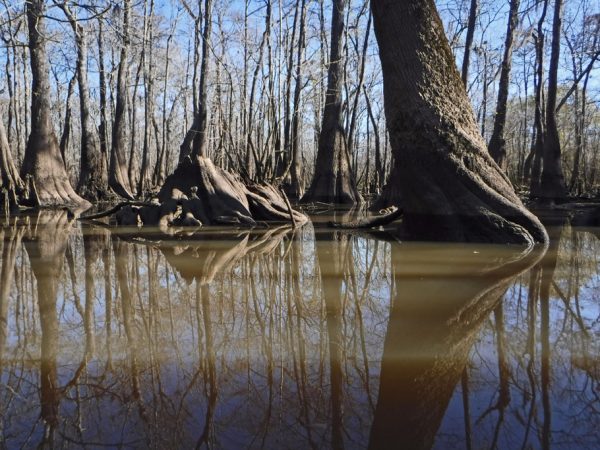 I love the shapes of cypress trees. 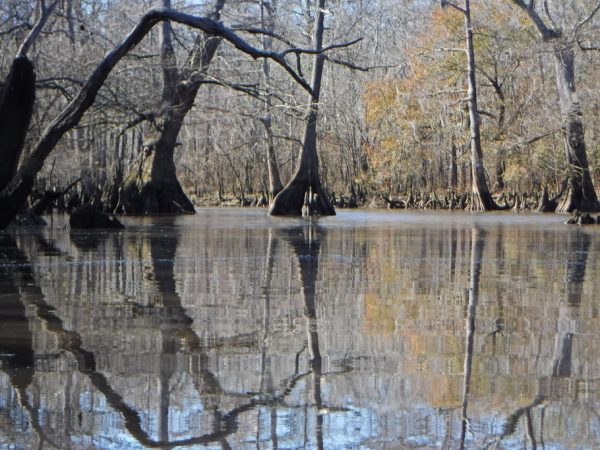 And the reflections on still water. 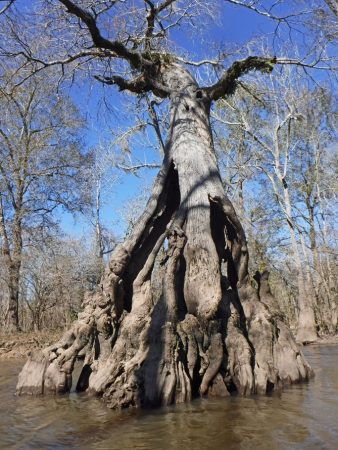 We spent 4 nights camping on the beach on the Bolivar Peninsula and every day we walked south, past a vehicle barrier and into the Shorebird Sanctuary. 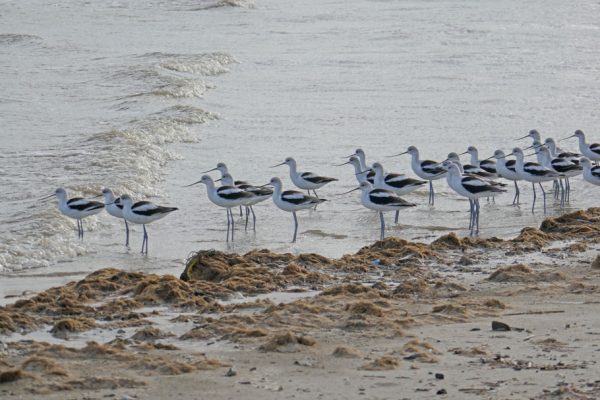 American Avocets on the Bolivar Peninsula. 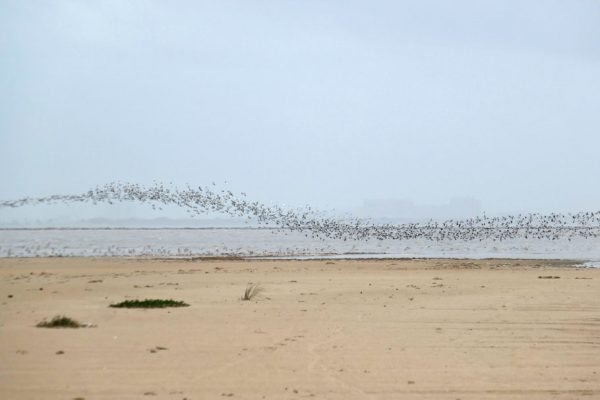 A flock of American Avocets winds along the coast. 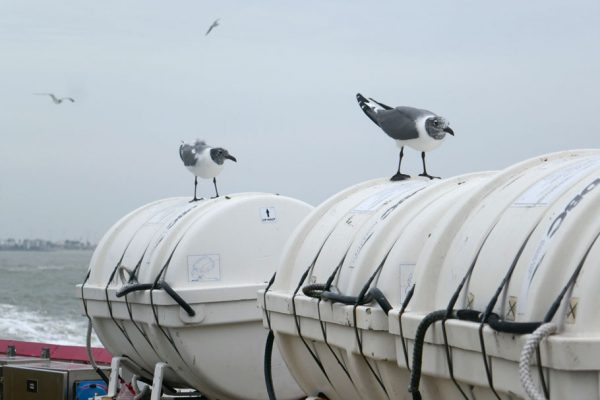 Franklin’s gulls hitch a ride on the ferry.

There were lots of kayaking trails to choose from on Matagorda Bay. St. Mary’s looked like it might be interesting. Unfortunately, it was a cold cloudy day and most of the birds we saw were flying away. 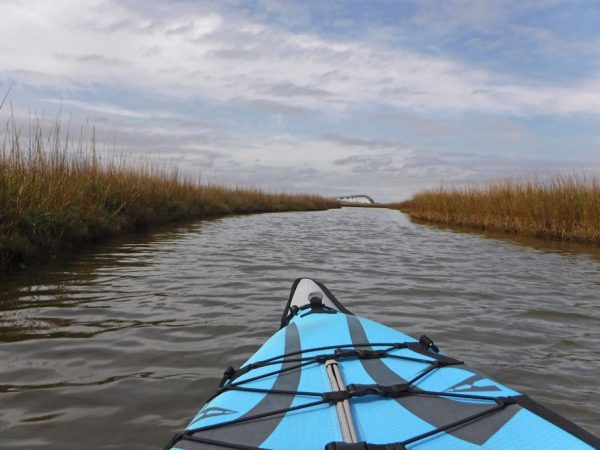 Heading out on St. Mary’s Bayou. 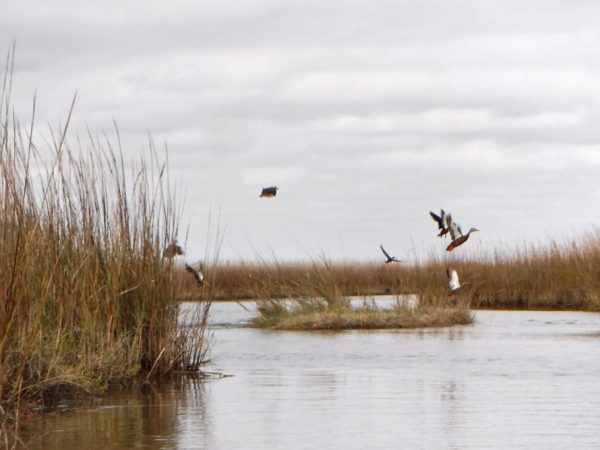 This is about as close as we could get to any birds on while kayaking on St. Mary’s Bayou. The ducks would wait underwater until we passed by or fly off before we arrived. Maybe they’re skittish because it’s hunting season. 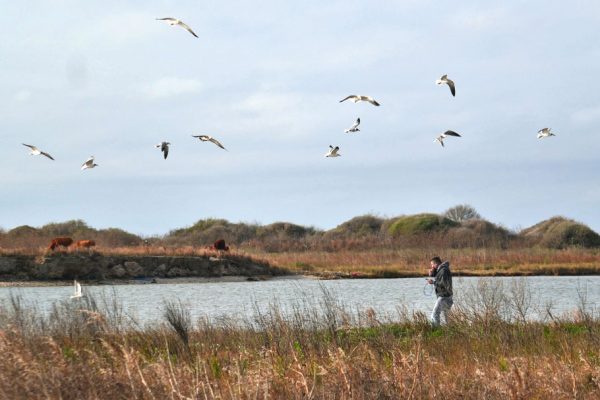 A view from the Matagorda Jetty Park where we camped for two nights.

Port Aransas is also located on the Central Flyway and is a popular place for birders. There are many spots on the island developed just for watching birds. The island also hosts many birding events throughout the year such as the Whooping Crane Festival we will be missing this weekend. 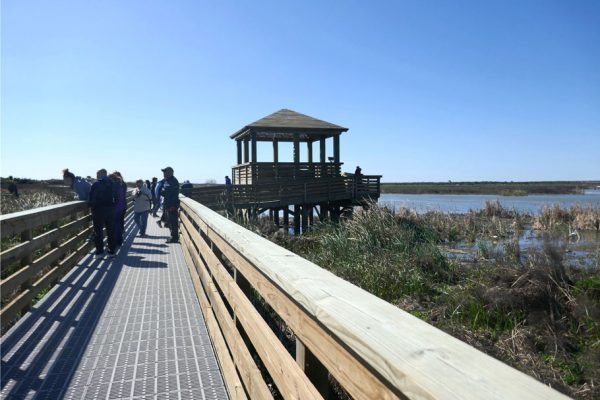 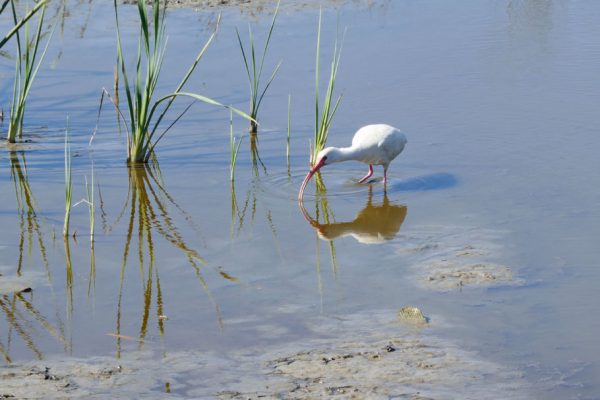 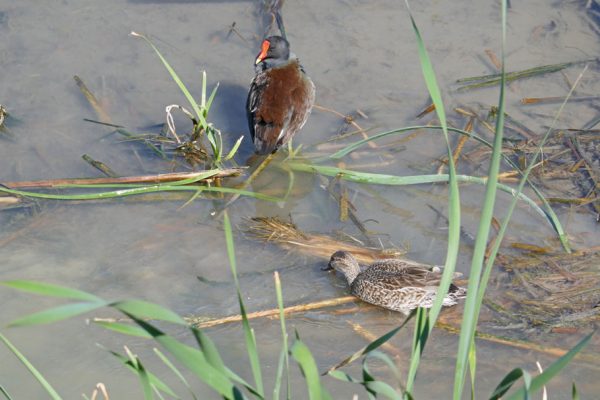 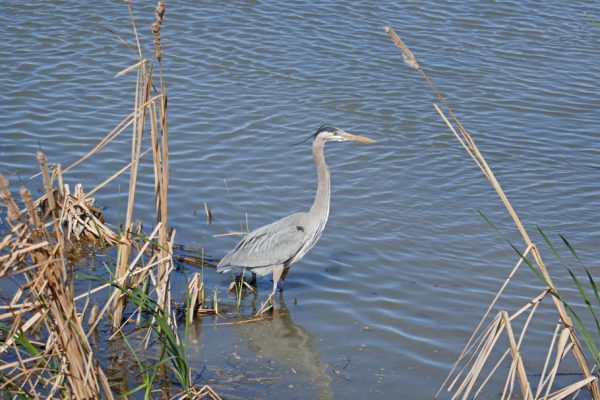 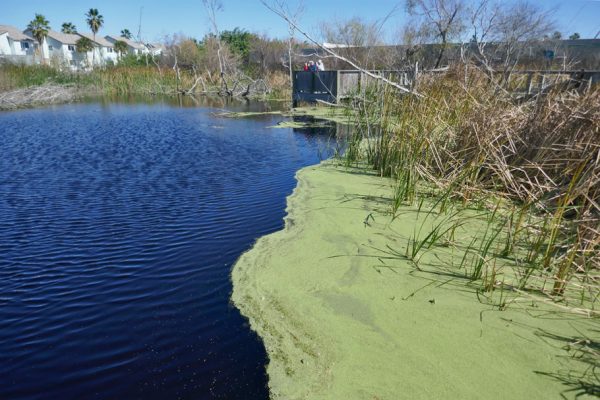 We also made a stop at Joan & Scott Holt Paradise Pond. 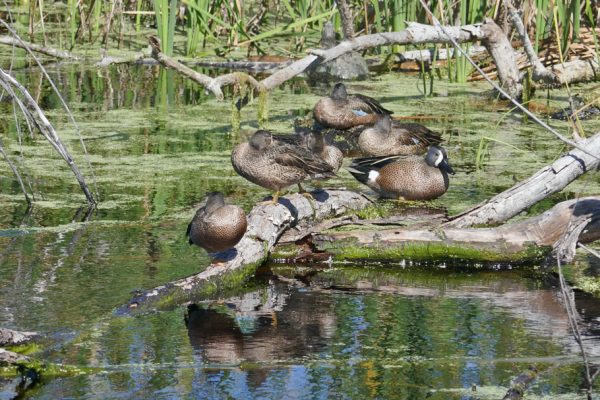 Blue-winged teals. Can you spot the large turtle in the background? 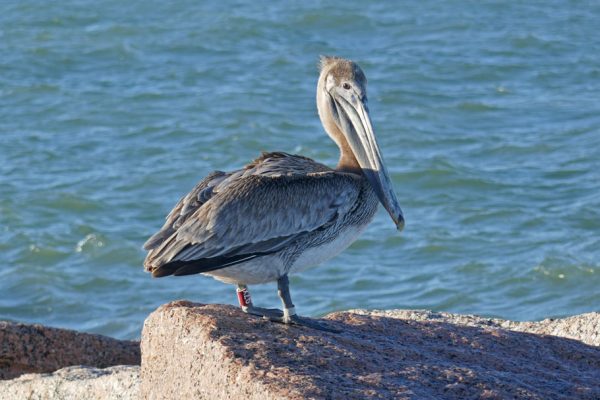 Down by the beach at the South Jetty, we saw this Brown Pelican tagged as 9ZX.

One of my favorite things about National Parks is their free public programs. Besides our bird tour, we also attended a Deck Talk and a Plant Walk. All these programs are run by volunteers who come and live at the park for up to 4 months at a time. They were all extremely knowledgeable.

Our Deck Talk was about sea beans. I had no idea there were so many types. Collection of sea beans from Padre Island. 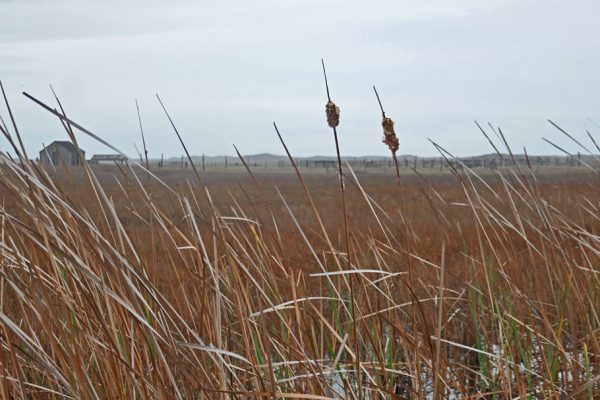 Before much of Padre Island became a National Park, the island was used as rangeland. All the cattle were removed from the island in the 1900s. This line camp still remains. 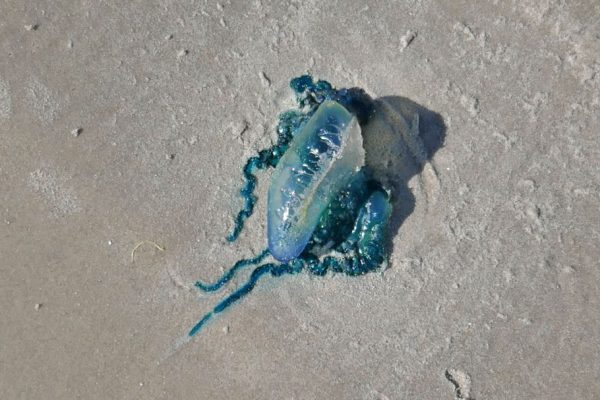 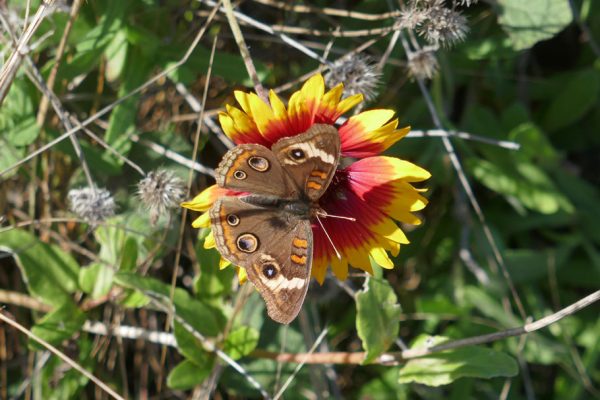 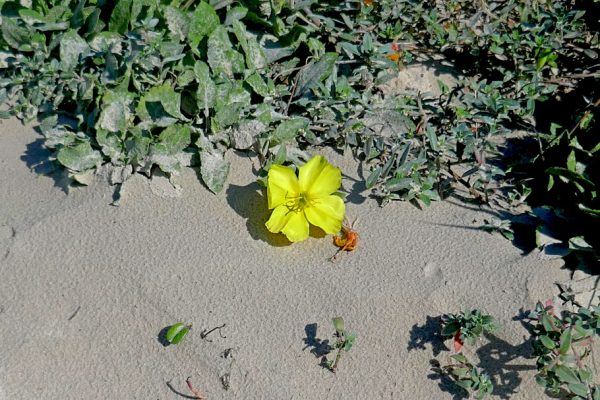 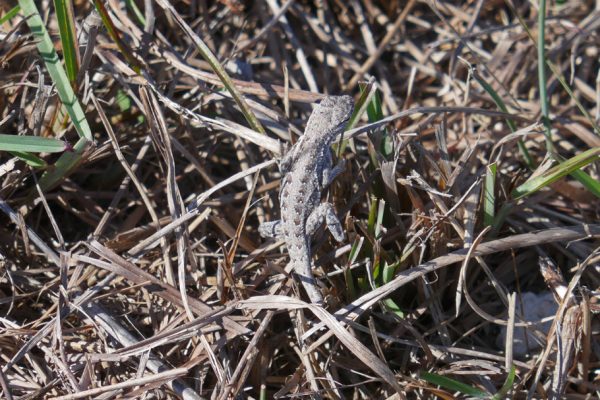 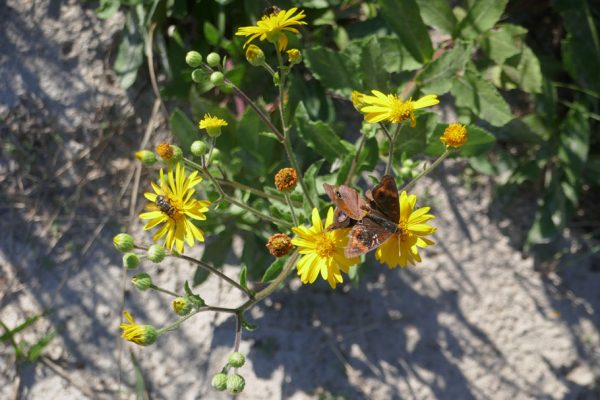 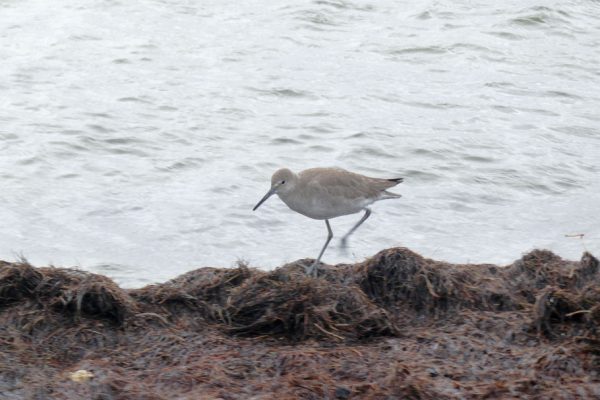 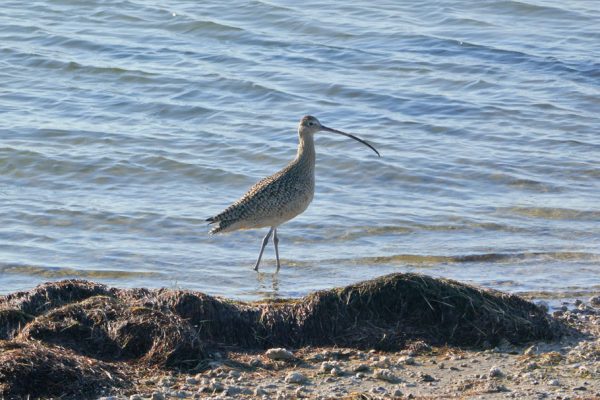 Everyone was very excited to see Curlews on our birding tour. They quickly became one of my favorite birds on the island. 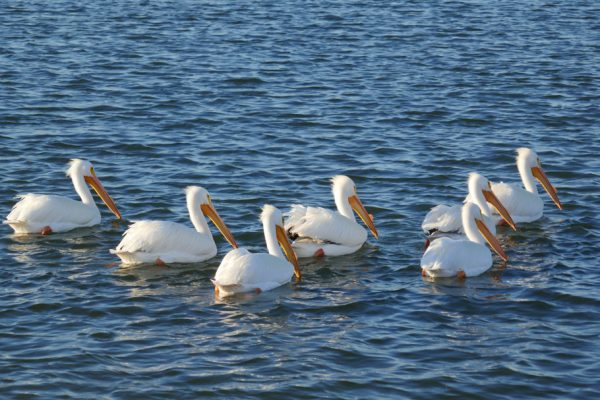 Do you like birds? Do you have any favorite birding spots? Tell us about it in the comments. We’d love to read any comment you have about this post! If you have a WordPress account, you can press the “like” button below and let us know you enjoyed our nature tour down the Gulf Coast of Texas.

8 thoughts on “Birds & Wildlife on the Coast of Texas”