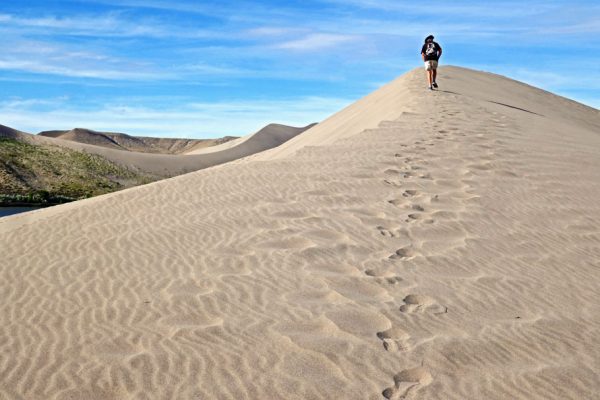 Our last stop in the Morley Nelson area was Bruneau Dunes State Park. I think we decided to go there because we wanted to kayak again and the park had two small ponds. But the big attraction here was the sand dunes. Standing at 470 feet this lofty single-structured dune loams over the ponds. People come here to climb this sandy skyscraper as well as the adjacent dunes and to sandboard down them. The visitor center rents boards if you don’t bring your own.

And then after a kayak, a hike, and a dune climb we finally left Morley Nelson. It was time to head back Twin Falls, where we had done laundry and a bit of provisioning two weeks earlier, to get ready for another two weeks of adventuring. But first, we had to make a stop at a place we spied and then zipped by on our way to Morley Nelson – Hagerman Fossil Beds National Monument.

Arriving a few hours before the monument’s visitor center opened we drove passed it to the Hagerman Wildlife Management Area to stalk for birds and kill time. We weren’t disappointed in our stalking pursuits and wasted plenty of time.

The Fossil Beds encompass 4351 acres and stretch 6 miles along the west side of the Snake River. (Yes, the Snake River again. We may have left Morley Nelson but the Snake would be with us a few more days) There are two overlooks in the Monument (which we went to) but although there are active digs in Hagerman you can’t see any fossils from these vistas. The free visitor center is where all the good stuff is including one of the 20 complete skeletons of the Hagerman Horse found in the Monument. There we saw a short movie about the area, lots of great displays, and talked with some knowledgeable volunteers.

That evening we found ourselves at Bell Rapids, a free campsite that overlooked the Snake River not far from the visitor center. Spanning out on the other side were the bluffs of the Hagerman fossil beds, holding clues to what life was like in this surprising place we now call Idaho. 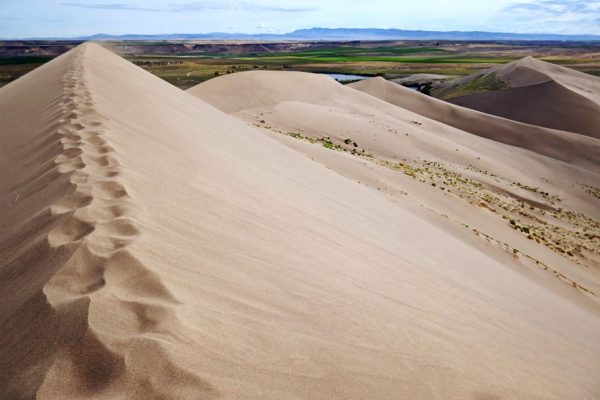 Atop the tallest sand dune in North America. 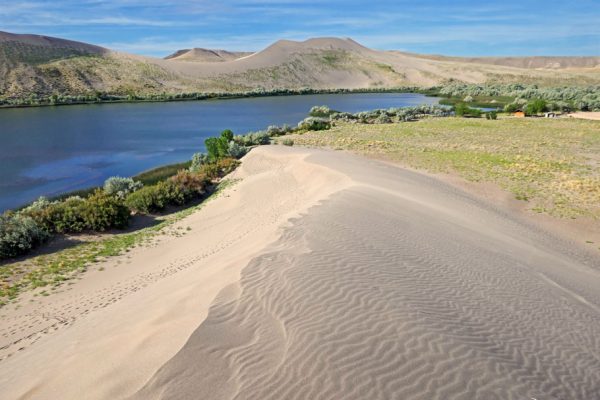 The dunes were left behind by the flood that drained Lake Bonneville. Prevailing wind patterns hold the dunes in place now. 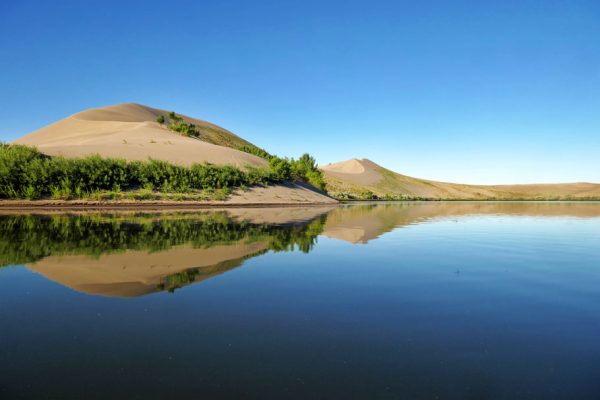 In the early 1950s Idaho Power built the C.J Strike Dam downstream on the nearby Snake River. After the dam was completed the local water table rose, creating two ponds at the base of the dunes. 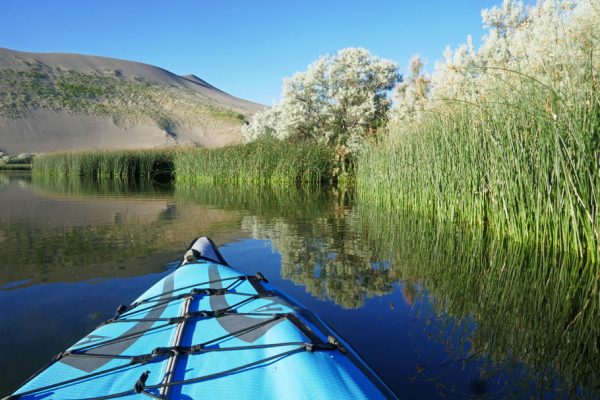 Pirogue Bleue on the larger pond beneath the dunes. 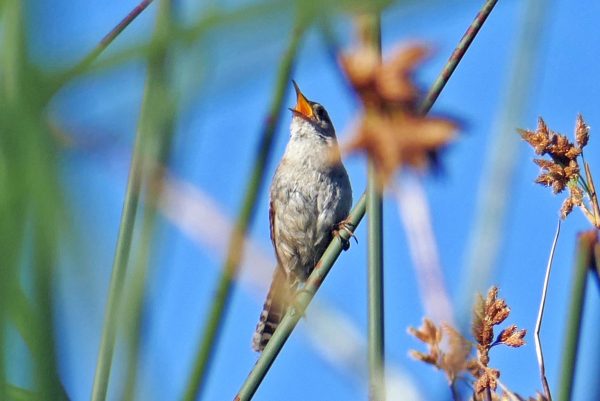 Marsh Wren singing. These birds flit around among the reeds. They are very difficult to catch with a camera. 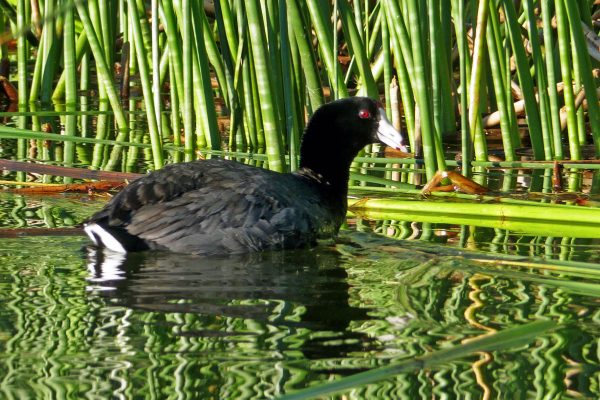 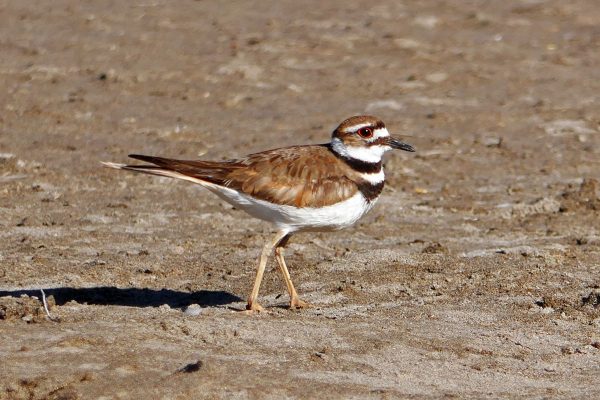 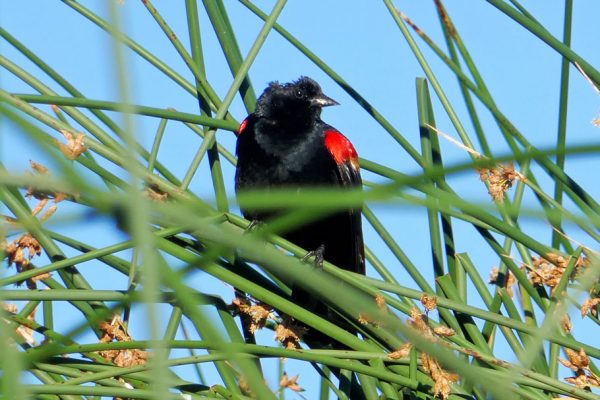 Display showing similarity of size between Pliocene birds and their modern counterparts. The left of each pair is a fossil, and the right is a modern bird bone. Crane, Trumpeter Swan, Snow Goose, Cormorant, Duck, and Crow are represented. 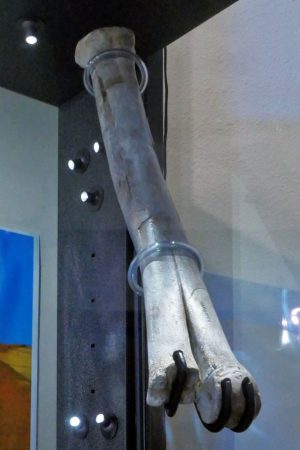 Camel fossil at Hagerman. North American Camels and horses died out. Horses were re-introduced by Europeans. 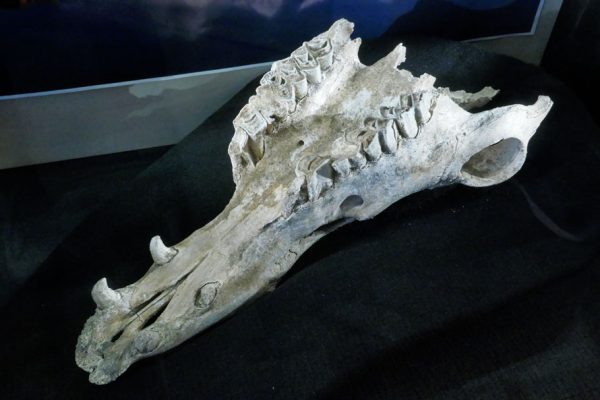 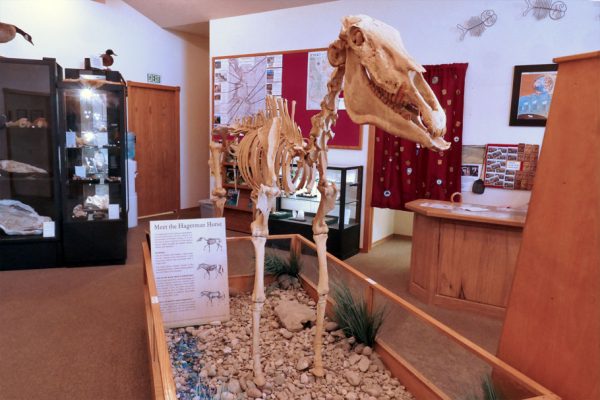 One of the Hagerman Horses. They were closer in size to a zebra than to a modern horse. They are the oldest single-toe horses found. 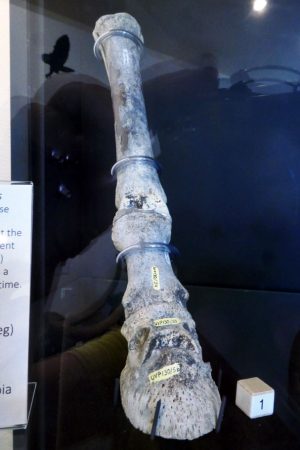 Single-toed hoof of a Hagerman Horse. 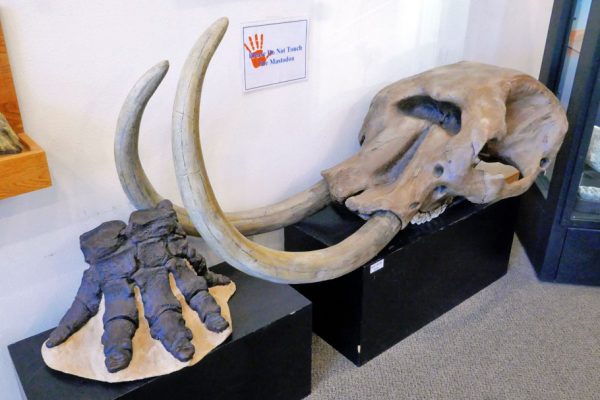 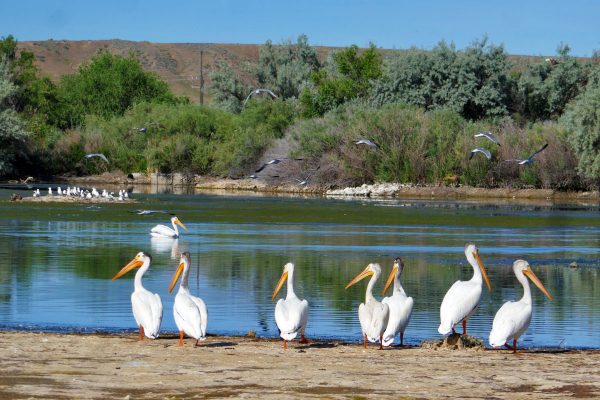 American White Pelicans. We hiked around a series of ponds at Hagerman WMA. The WMA also serves as a fish hatchery. 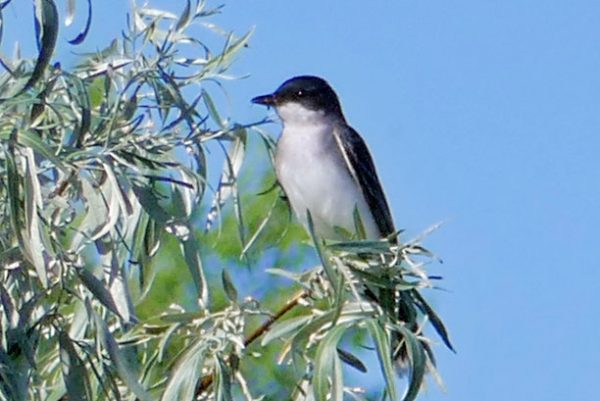 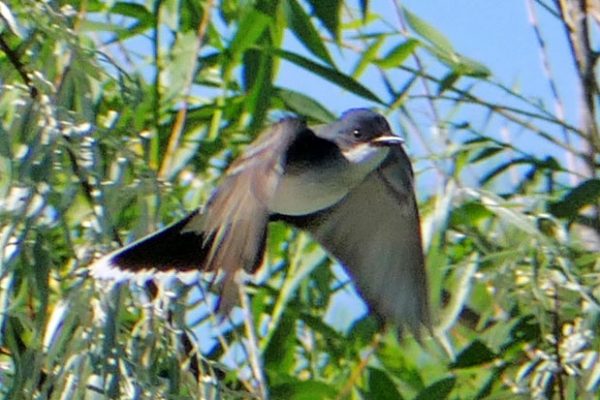 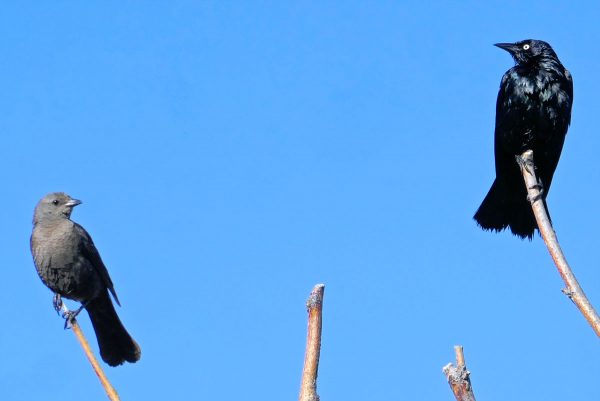 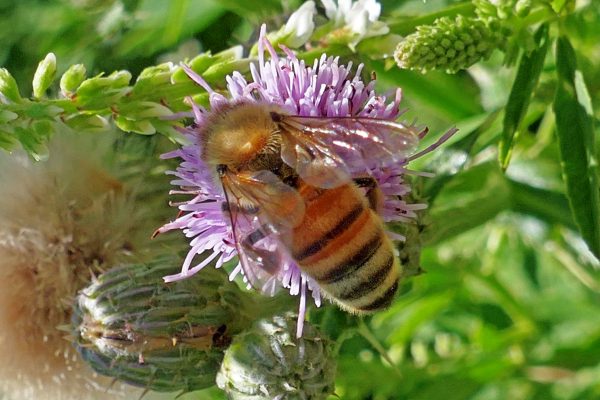 Killdeer protecting its nest. This one paraded in front of us, calling out. When it was sure it had our attention it acted wounded, shaking its tail feathers at us, then moving farther away. 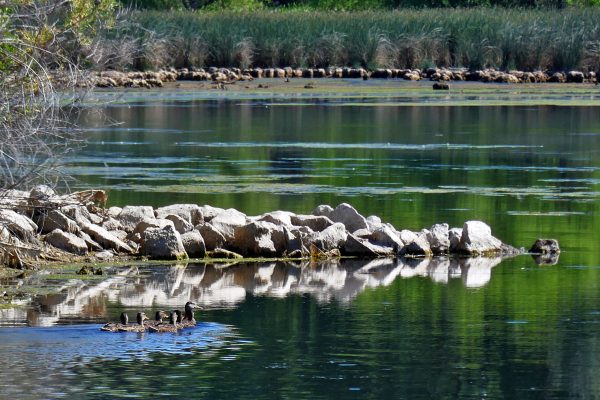 Mexican Ducks (or possibly Mallards) in the lower left. 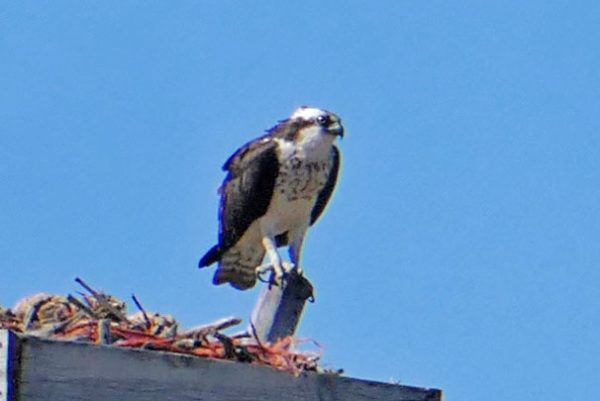 We spotted a couple of Ospreys right outside the WMA. This one was protecting the nest… 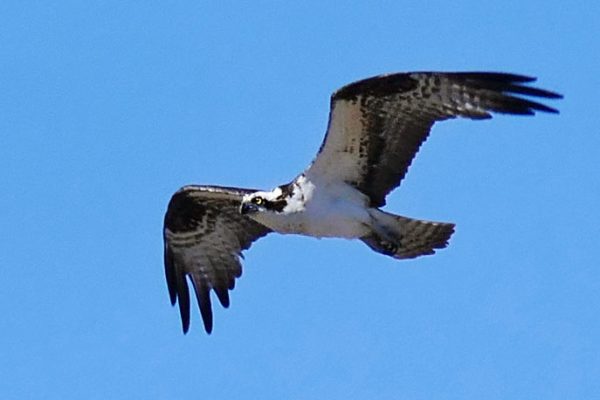 … while this one circled around close by. 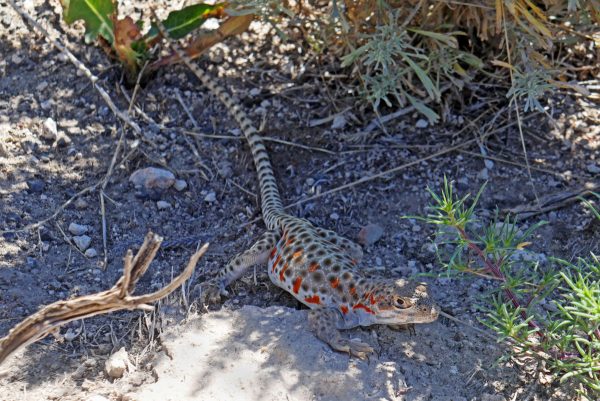 We saw this Long-nosed Leopard Lizard at one of the overlooks for the Fossil Beds. 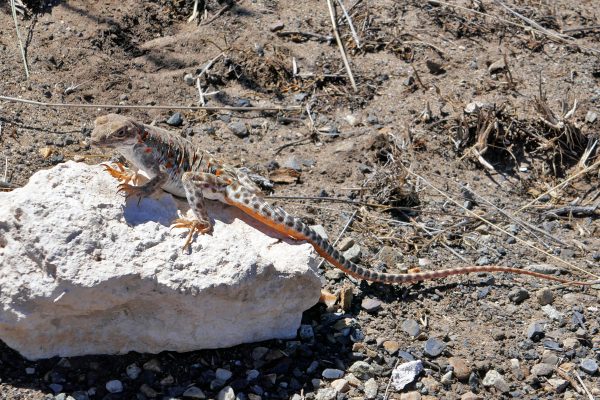 And then we saw another Long-nosed Leopard Lizard.

8 thoughts on “Dunes and Fossils”