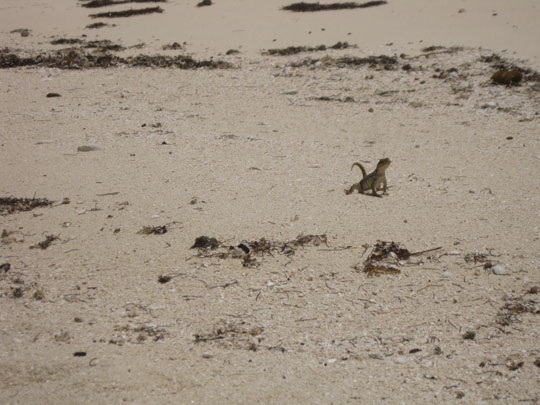 As I rested while Greg was snorkling, I watched this little lizard scurried across the beach comando style until he was sitting right next to me.

Our guidebook states that there are four different types of snakes (all nonpoisonous) found in the Bahamas. It says nothing about how many types of lizards live in the islands. Maybe there are just too many to count or maybe people just arenâ€™t as concerned about scurrying little reptiles that pose no threat of your mate having to cut open your wound and suck the venom out of your blood stream.

We have seen lizards on all of the islands we have visited, but not nearly the number we came across in our treks through the Exuma Land and Sea Park on Hawksbill and Warderick Wells Cays. Like other places I have heard about where the wild life is protected, most of the lizards have no fear humans or their cameras looming a mere foot or two over them. In fact they like to run along with you as you travel down the trail and get underfoot. Many times I feared I would step on one. I actually had one curious lizard who left the dense vegetation and cross the beach to come check me out. 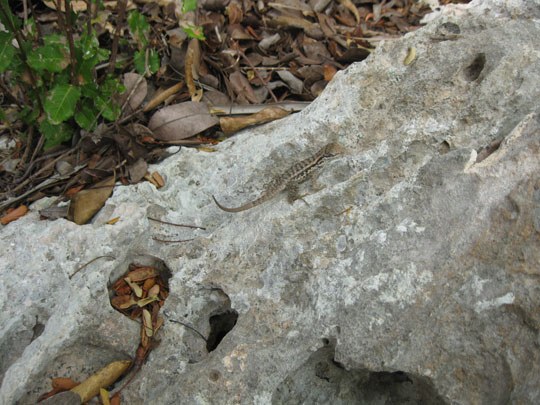 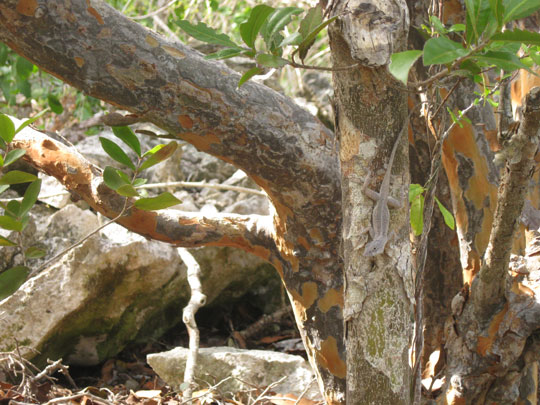 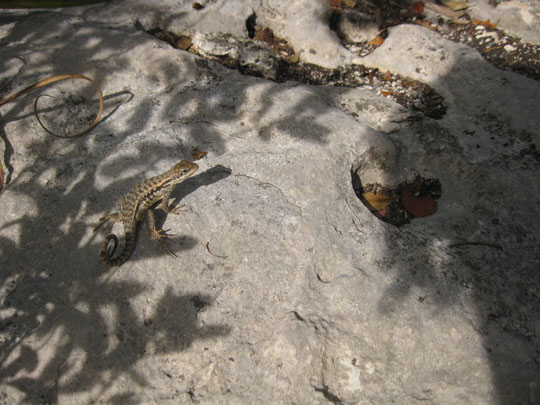 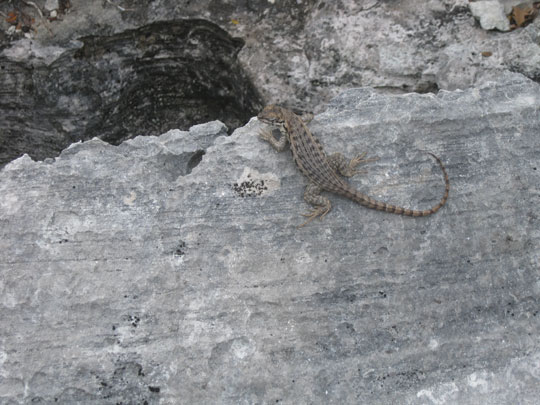 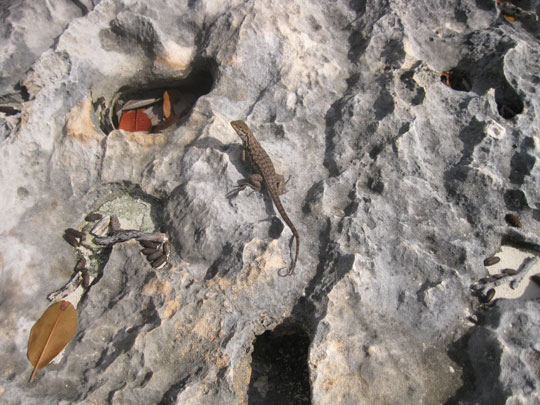 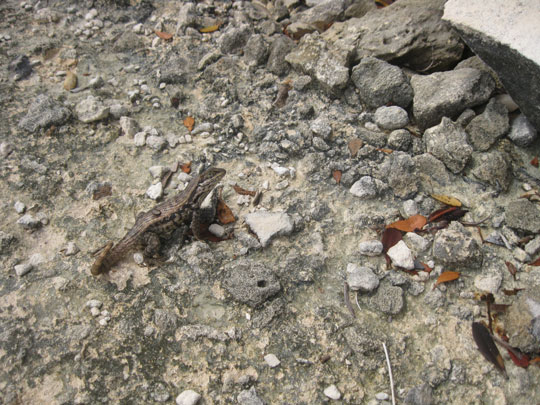 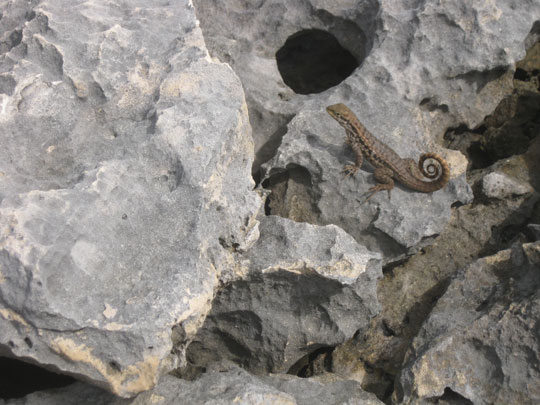 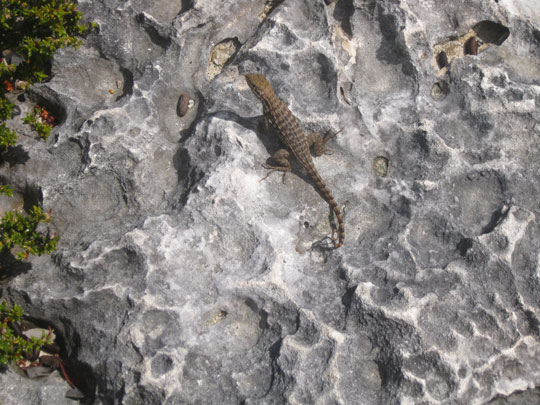 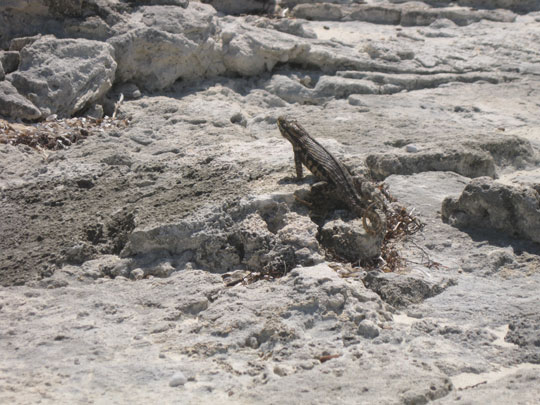 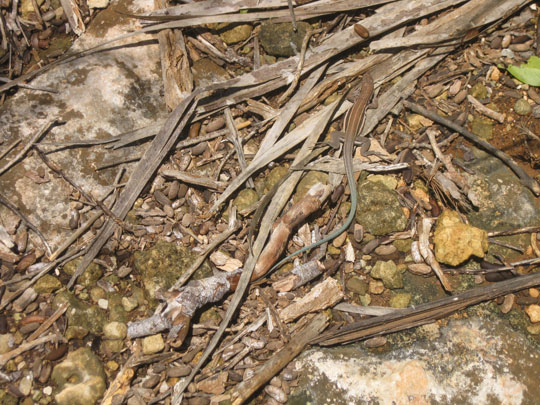 The skinks were a little shyer than the rest and very hard to photograph. 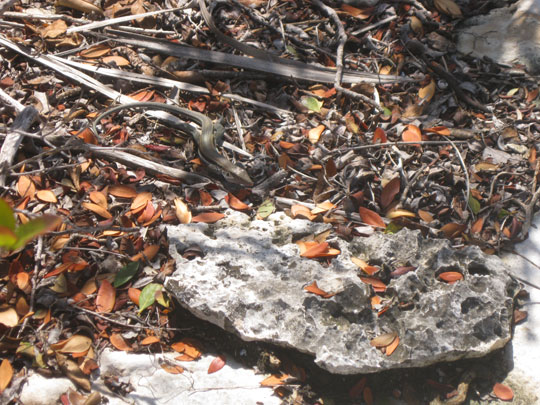 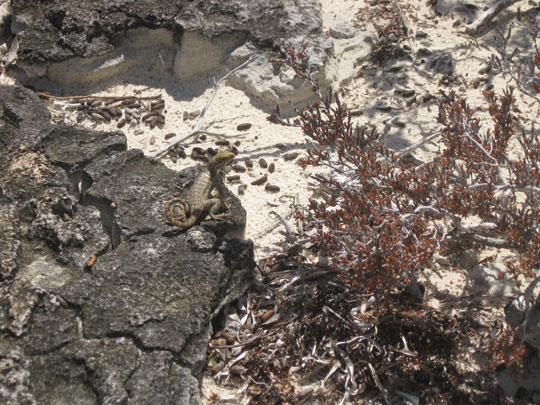 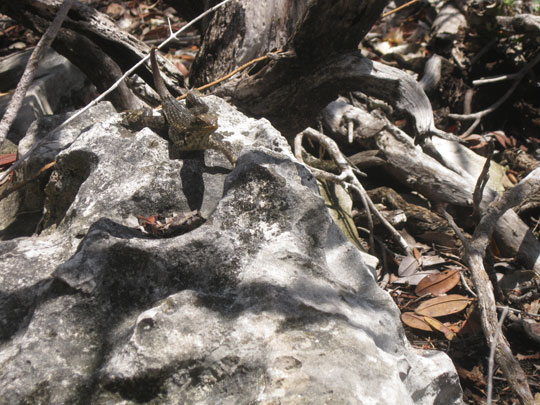 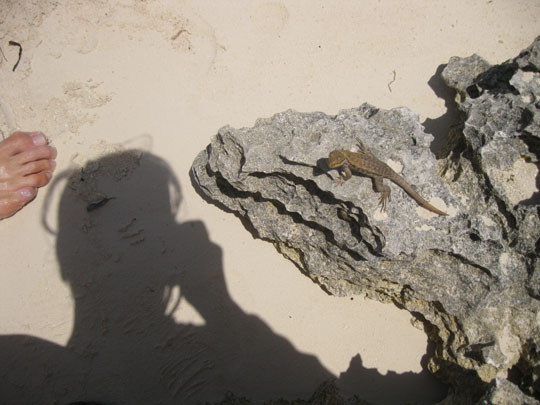 My curious lizard friend finally reached me. I was really afraid that he was going to jump on me, but I think that little screech every time I made when he got too near kept him off. He seemed to have no interest in Greg, who was perfectly willing to let him jump on hiim. Apparently Greg only attracts cats and small children and I only attract lizards.