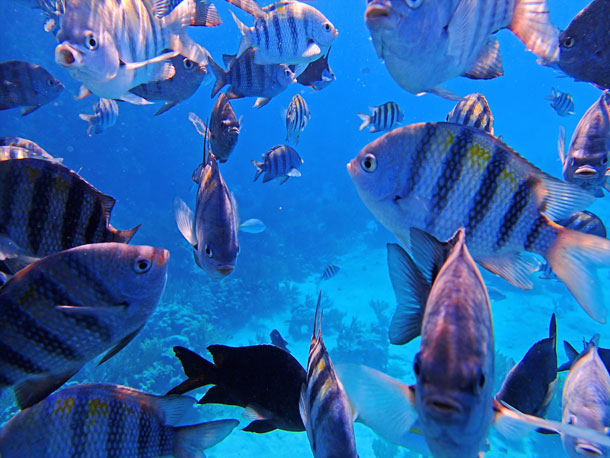 Lots to see at the ‘Sea Aquarium’ dive spot off O’Brien’s Cay.

From Cambridge Cay we went to O’Brien’s Cay to do some snorkeling. First stop was the Sea Aquarium. Then, after buzzing past Little Hall’s Pond Cay, we checked out a plane wreck. From there we went to stay for the night between Pipe Cay and Little Pipe Cay.

In the morning we explored the trails of Thomas Cay. After that we sailed down to Big Major’s Spot for some pig watching.

By nightfall we were back in Black Point to shower, have a drink at Lorraine’s Cafe and then dine at Dashamone’s.

The next morning we walked to the airport and waved to Karen as she flew back home. What a great visit. 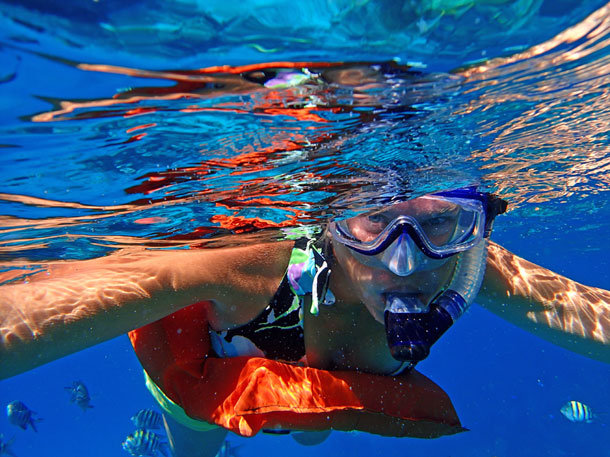 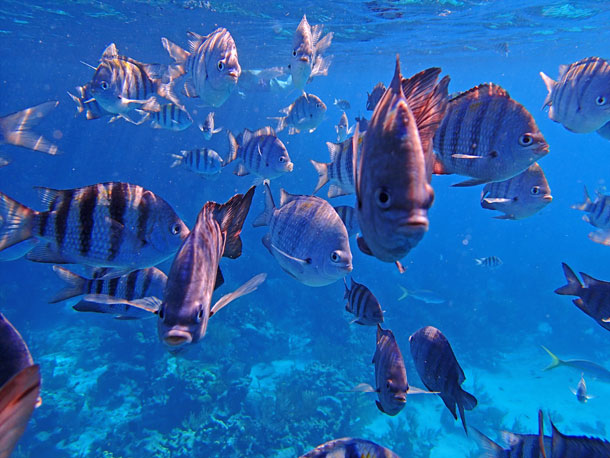 Hmmm. They seem to be expecting bread crumbs. 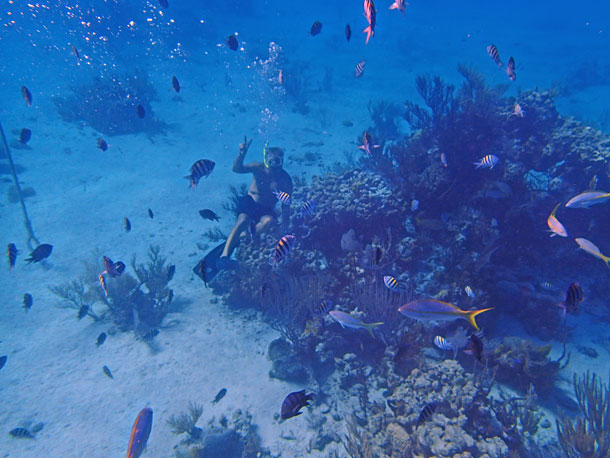 Greg with the fishes. 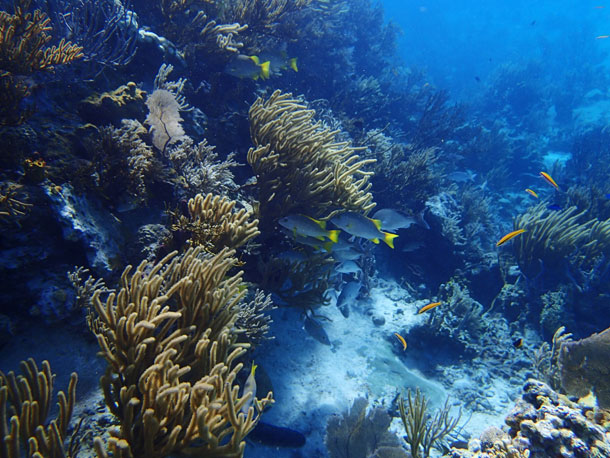 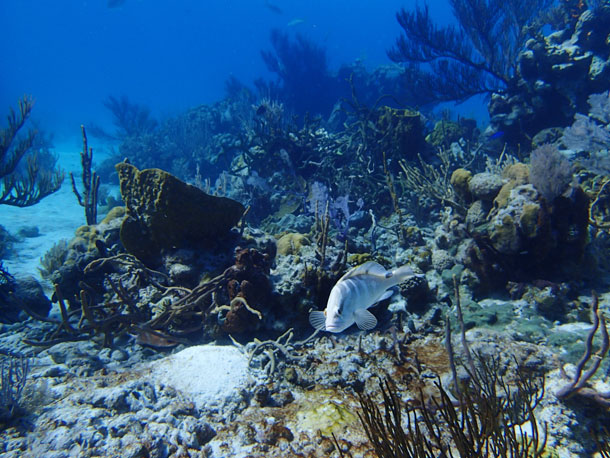 Nassau Grouper at the Sea Aquarium. Greg can hardly wait for the start of grouper season in March. 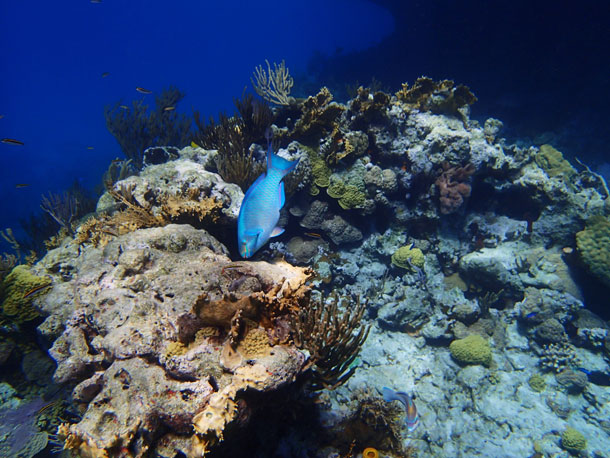 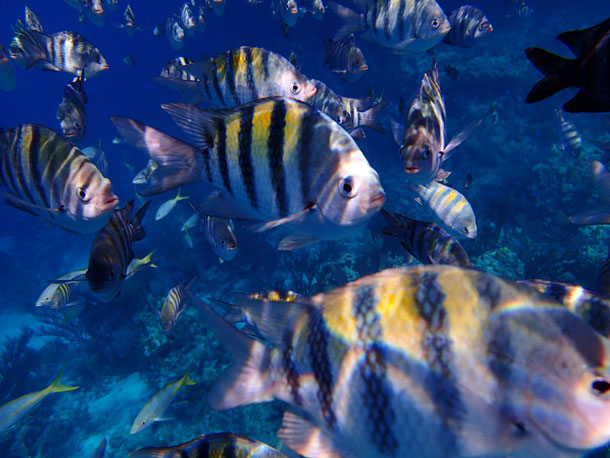 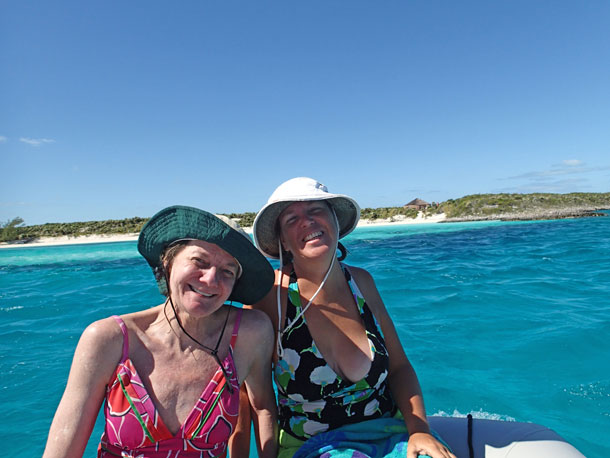 In the background is Little Hall’s Pond Cay (owned by Johnny Depp). He must not have been here or surely he would have stepped out to wave. 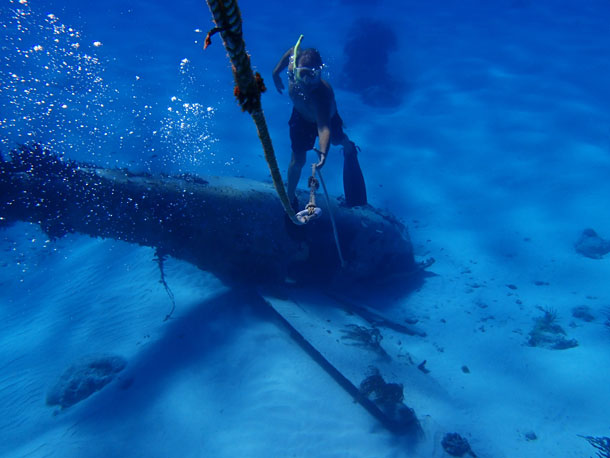 Back in the 70’s the pilot of this drug-running plane must have been sampling the cargo. Wing is in the foreground. The weight of the engine holds the plane down. It sometimes shifts around when the current is strong. Actually the tide has just now turned and Greg has to hold the buoy line to stay in the picture. 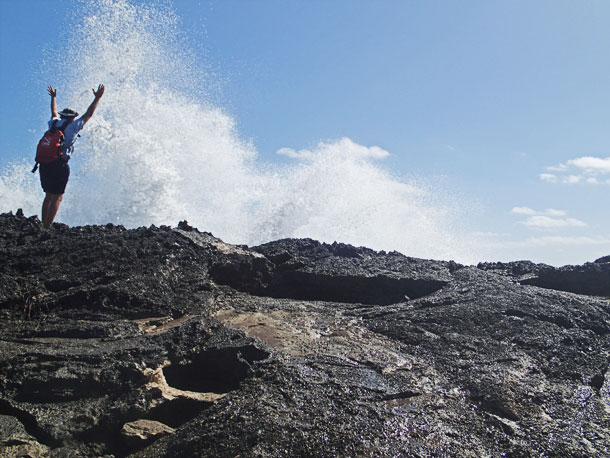 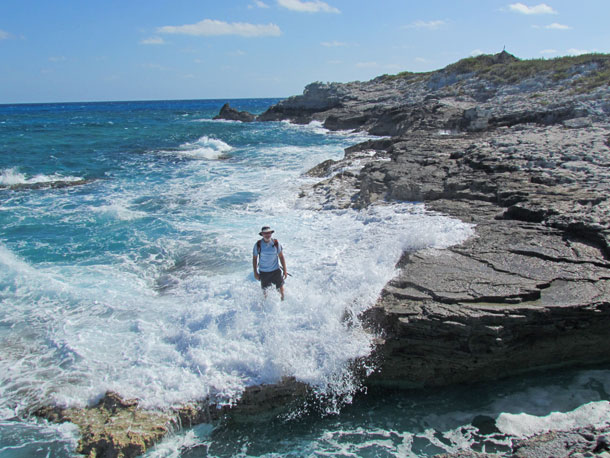 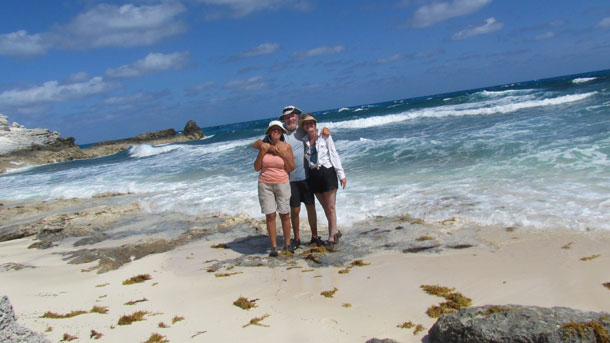 Duwan, Greg and Karen on the beach at Thomas Cay. 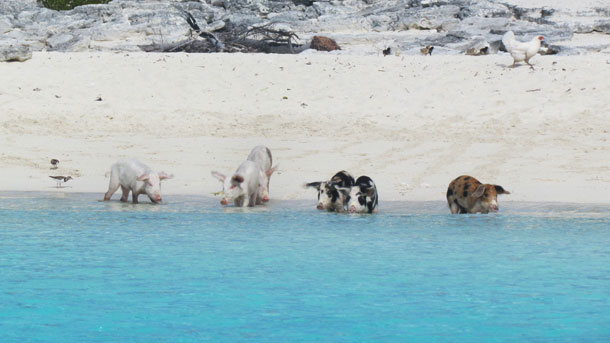 Babes at Big Major’s Spot. Piglets in foreground and hen with chicks in background. 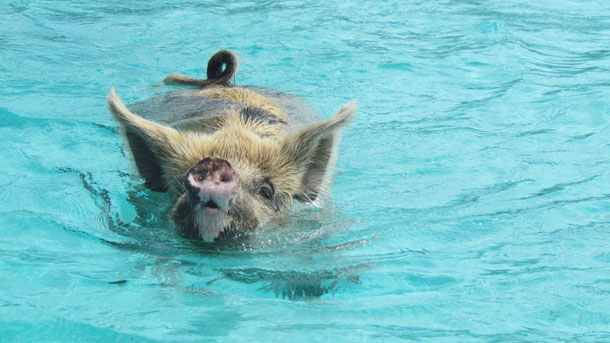 Curly tail swims out for some bread. 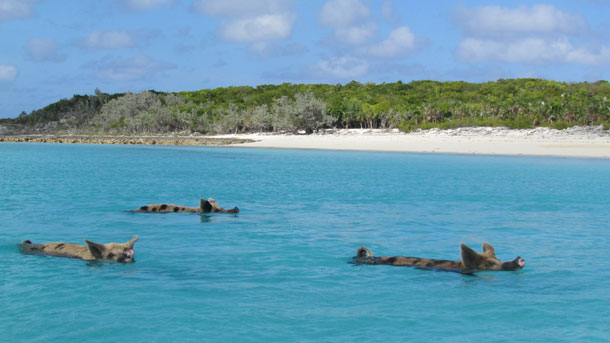