This fall, instead of our usual trek out west I decided I wanted to do something completely different. In October when most travelers are heading south to the toasty climates of Florida and Arizona, I thought we’d travel north. That’s kind of different, right? The weather would still be good in October, the crowds would be somewhere warmer, we could visit friends and family along the way, and eventually end up in Pennsylvania to see relatives where I would offload the boxes of family photos I had been scanning all summer before we hurried back south closer to the sun. So I plotted a route of interesting and fun places to visit up the coast of South and North Carolina, Virginia, and finally Maryland where we would cut across to mid-southern Pennsylvania.

In our last expense post, I wrote about all the friends and family we saw on our jaunt northward in October. Today I’ll tell you what we saw and did along the way up until the point where we had to turn around due to van troubles.

* Click pics to enlarge and open into a slideshow.

When a scheduling conflict interfered with our trip to visit Greg’s grandson and family in Charleston, we ended up visiting friends in Columbia, SC and starting our sightseeing at the nearby Congaree National Park.

At one time many of the river basins in the southeast looked like the swamp at Congaree. Most were bought by lumber companies. Tall pines were used for ship masts, and the rot-resistant cypress was used for lumber exposed to the elements. In 1905 Francis Beildler purchased much of the Congaree basin and harvested its lumber. In the 1950s and 60s Harry Hampton ran a campaign to preserve the environment here. In 1976 Congaree was established as a National Monument. In 2003 Congress made it a National Park. 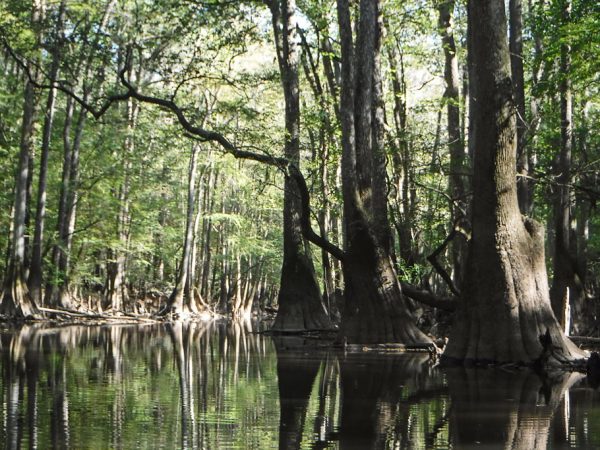 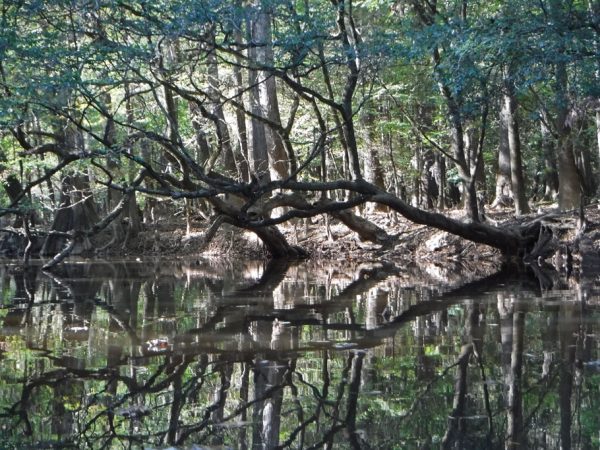 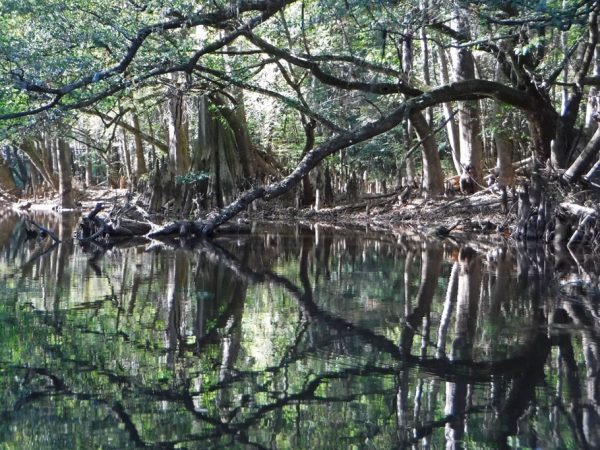 From Congaree, we headed to the Wilmington, NC area to see Greg’s, Aunt Judy. I saw on the map an area nearby named the Green Swamp Preserve. I was on a swamp kick now and after reading about it and learning that carnivorous plants, including Venus flytraps, lived there I had to go. We didn’t see any Venus flytraps – it may have been the wrong season for them, but we had a nice hike and saw some cool pitcher plants. 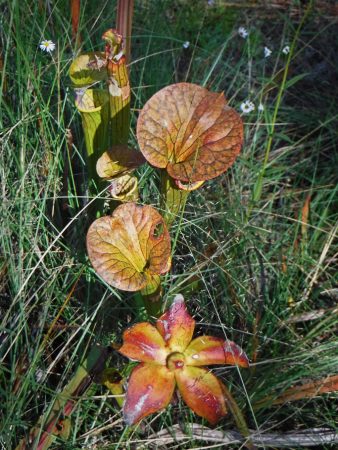 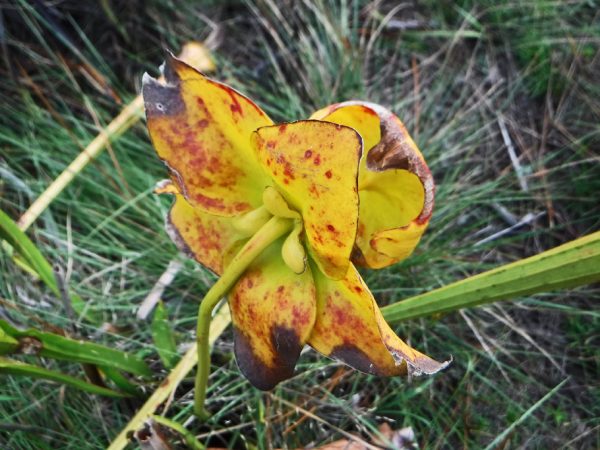 After the Green Swamp, we were done with visiting friends and family for a while so we continued north and headed to the Croatan National Forest to establish a home base while we rested and explored the area for a while. We had no internet in the forest but a trip to civilization and the beach wasn’t far away when we needed it.

The Karen Beasley Sea Turtle Rescue and Rehabilitation Center was established in 1997 by Karen Beasley and a group of volunteers from the Topsail Turtle Project to care for injured sea turtles who required lengthy rehabilitation. The 13,000+ square foot facility is open on Thursdays and Fridays from 1 to 4 pm for tours. We arrived shortly before 1:00 on Thursday. There was a long line waiting for the doors to open.

Hammocks Beach State Park on the North Carolina coast sports a nice visitor center with a discovery center and a few easy hiking trails. But the jewel of the park is the barrier island, Bear Island. Bear Island is only accessible by boat, either the park’s passenger ferry or by private boat. Luckily we have our own boat in the van!

Originally named Bare Island because of its lack of vegetation, it became Bear Island after a clerical error. It was once owned by Tobias Knight, who allowed Edward Teach (Blackbeard) use of the land for a share of his spoils. It was bought in the 1920s by NY neurosurgeon William Sharpe. He planned to leave it to his friend and local guide John Hurst. But at the suggestion of Hurst’s wife donated it to the all black North Carolina Teacher’s Association. In 1961 it became a segregated state park. In 1964 the park was opened to whites. Today the air surrounding Bear Island is filled with the “sound of freedom” (explosive target practice from nearby Camp LeJeune). 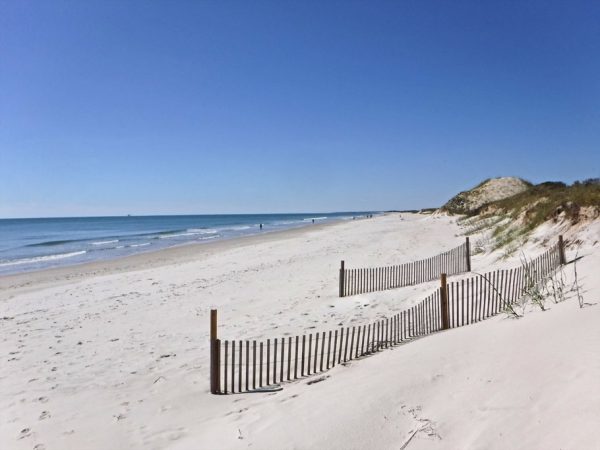 Do you have a favorite swamp, carnivorous plant, or kayak paddling trail?

8 thoughts on “North Through the Carolinas”