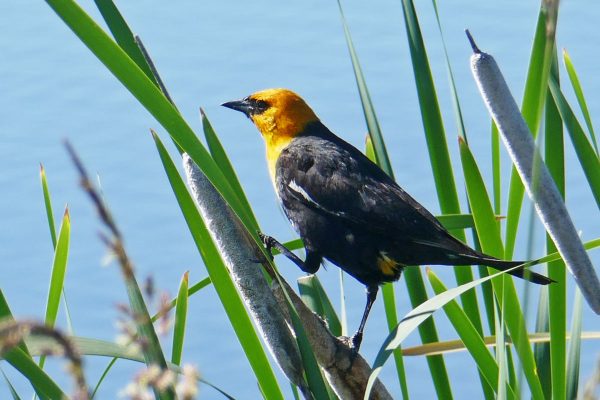 Right now this very minute a breeze blows through Ballena Blanca as I sit here writing. Greg is sitting outside playing the guitar. Life is lazy. We have spent a week camping out in the Freezout Lake Wildlife Management Area where we have had the best internet connection since we’ve been in Montana. It has been time for catching up on things after three weeks or so of touring some fantastic National Parks with friends, taking epic hikes, viewing geological wonders, going on long drives through striking scenery, seeing amazing wildlife, and milking every minute out of the day until we finally settled down each day for happy-hour and laughs with our buddies. But now, here at the WMA, the pace has slowed down. We wake up every day, pick a direction, and walk until late morning and then we are done.

This is actually what we do with the majority of our days – just walk around. Sometimes we kayak around. We look for birds, critters, lizards, insects, flowers, and try not to step on snakes. I search the map for the best places to do our walking/kayaking around and sometimes I find a gem like the place we are at right now. But then, sometimes I don’t. Still, no matter where we are we still manage to find all the good we can out of a walk.

By the time you read this, we will have left Freezout Lake and our stellar internet connection. We intend to catch the trail of Lewis and Clark and follow the Missouri River downstream for a while. But not too far, just through Montana a bit. Maybe we will catch it in North or South Dakota again but that’s it. We thought we might see its mouth where it meets the Mississippi near my hometown of St. Louis later this month. I had a grand idea of heading back east seeing friends and family along the way in Minnesota, Missouri, Illinois, Ohio, Pennsylvania, New York State, Tennessee, the Carolinas, Georgia, Florida. But we finally realized that it was way too many people in too little time with quite a few people in the vulnerable age group. We’d have no time to quarantine or know that we are safe and not spreading the virus among friends.

This will be the first year since we have been traveling that we haven’t returned to the southeast. We are already missing our friends and family and all of our four-legged pals back in Cabbagetown. But more than missing people we want all those people to be safe and healthy when we do return.

So we are staying out west and wandering around some more.

This post is about a few of our wanders.

But not the wanders we have been doing lately here at Freezout Lake (you can check our Instagram account to see a few pics from recent days). Today we are rewinding the clock to what seems like years ago now – way back to the first few weeks of July.

We have really been enjoying going to National Wildlife Refuges. NWRs often times have camping, in better times visitor centers that are open, and, of course, lots of wildlife. I was pretty sure we were going to see a moose while we were at Camas National Wildlife Refuge because the brochure we picked up when we arrived had a picture of one. But when I read the fine details it said that you can see them “occasionally.” Nevertheless, we saw lots of wonderful animals and hopefully still have a chance to spy one before we return to the desert. 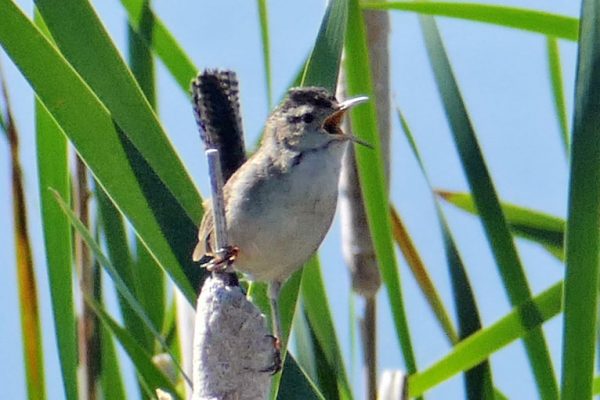 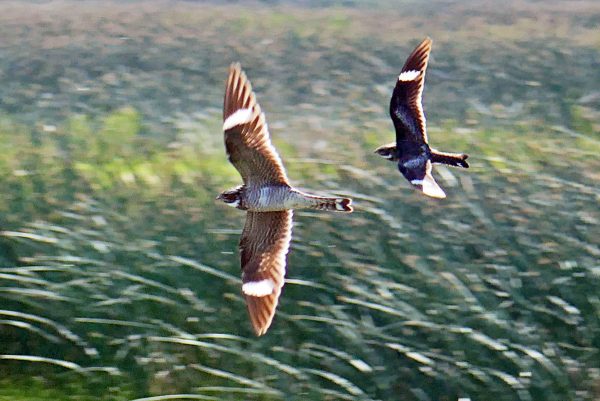 Common Nighthawks. We didn’t know what these were when we saw them. They were flying around everywhere. They looked like hawks but appeared to be chasing bugs. Nighthawks usually only come out at night so we were lucky to see so many in the day. 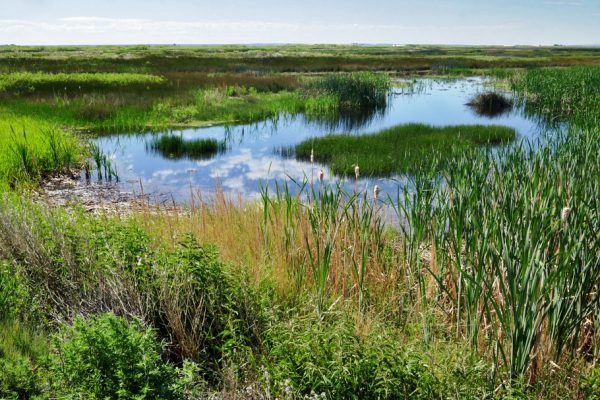 One of the marshland ponds at Camas. 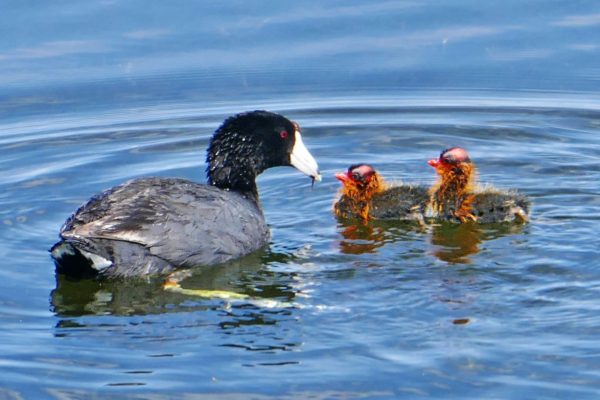 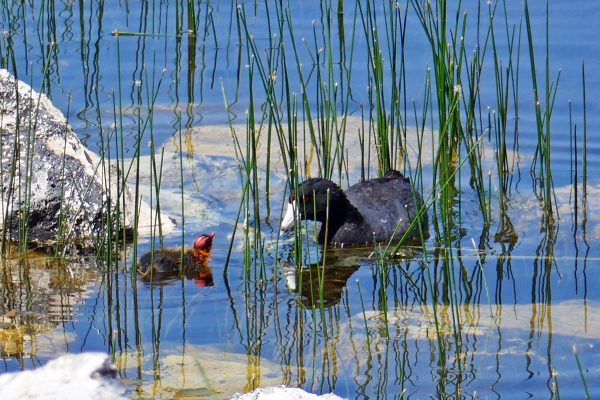 Keeping an eye on the baby. 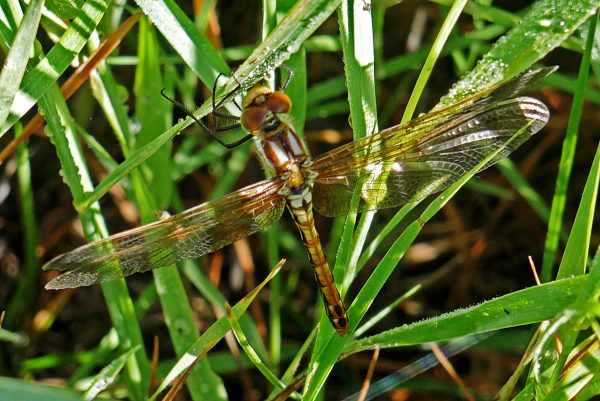 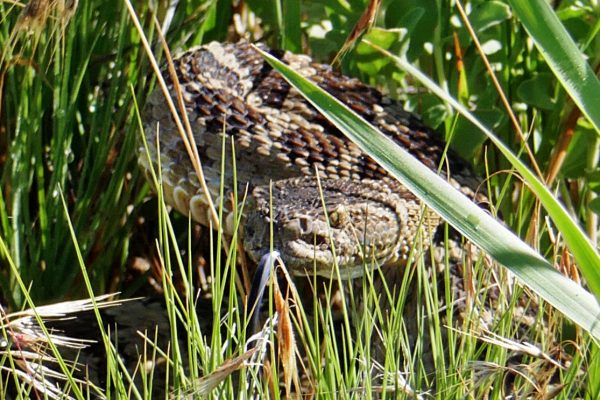 Western Rattlesnake. I almost stepped on this guy. I was walking right next to the road so I could see over the high reeds into one of the ponds when I heard him hiss as I stepped in front of him. I jumped into the middle of the road and clung onto Greg. I might have gotten a better shot if I hadn’t been so “rattled.” 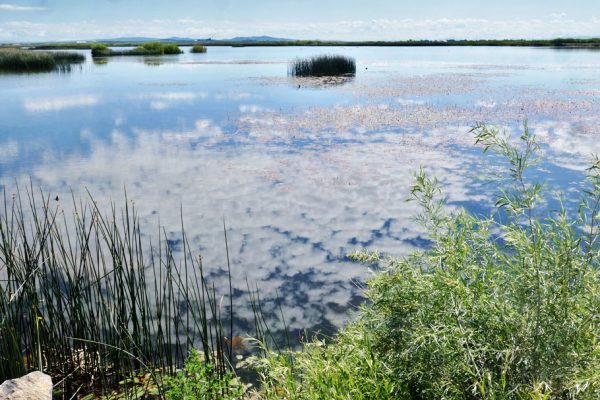 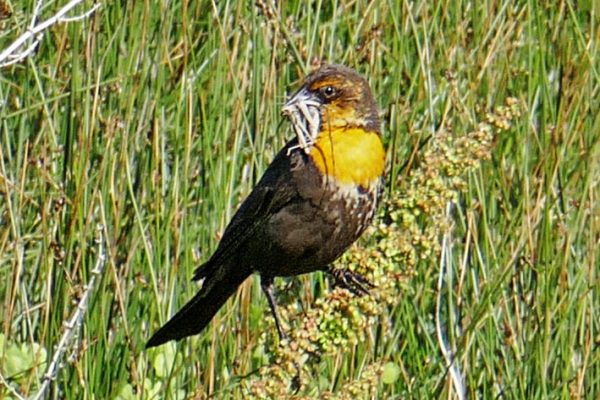 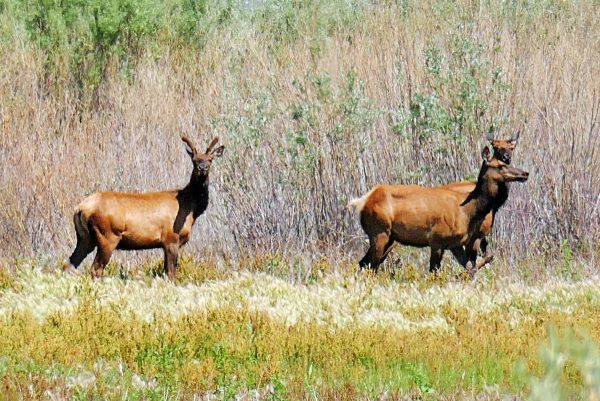 No Moose but we did see these wapiti.

Little Bighorn Battlefield National Monument is the most beautiful Battlefield I’ve ever seen. We had no plan to visit here until we saw the sign on the highway. We have a great post coming up next time penned by Greg about the Monument and the battle so today you just get a few pics of wildlife. 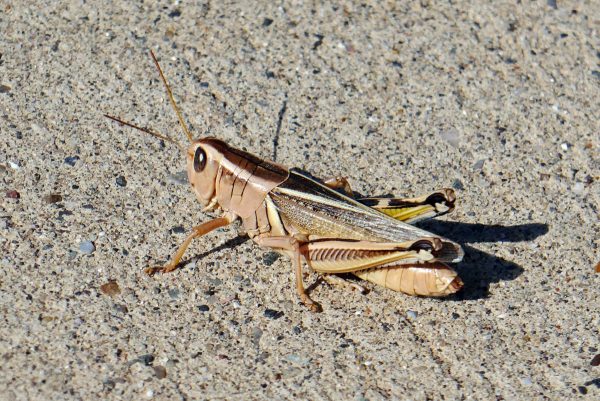 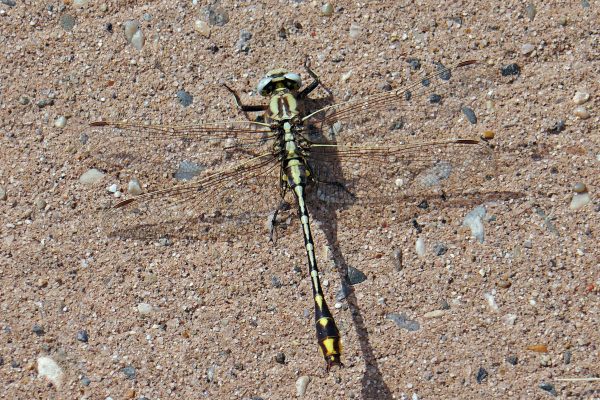 We spent a week at Red Shale campground in the Custer Gallatin National Forest outside of Ashland. It was a very nice campground. It had a great internet signal which is one of the main reasons we stayed so long. But there was nothing to do there. Although Ashland Ranger District quite sizable, the campground we were in was just a little pocket of public land surrounded by a bunch of private property surrounded by more of the forest (so nowhere to walk without crossing private property). On top of this, there were no trails, trailheads, or parking areas in the forest. But there were 3 other campgrounds. So after exploring what we could at Red Shale, for the next 3 days, we got up, drove 45 minutes to another campground, parked in front of a pit toilet, and walked the roads. 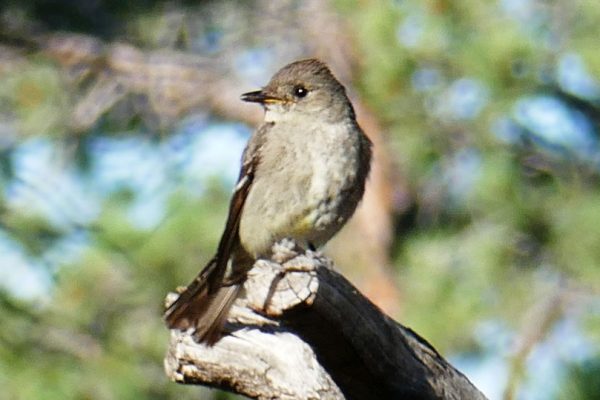 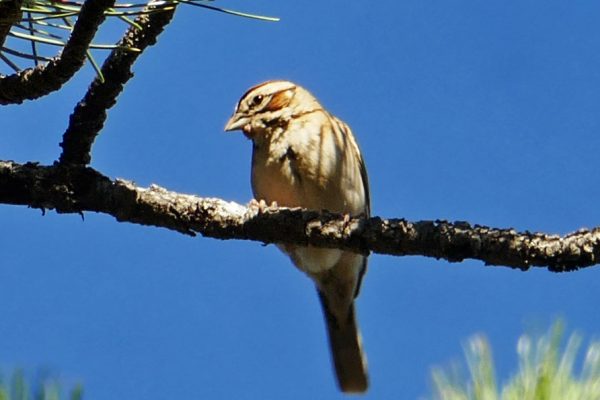 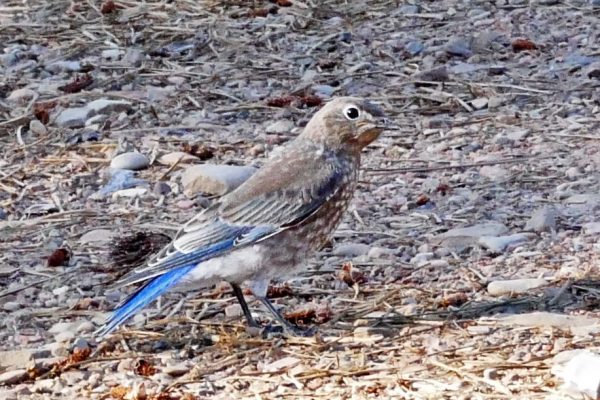 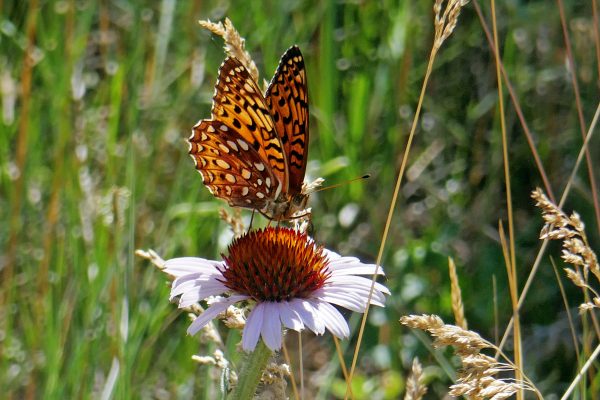 Road near the Cow Creek Campground in the Custer Gallatin NF. 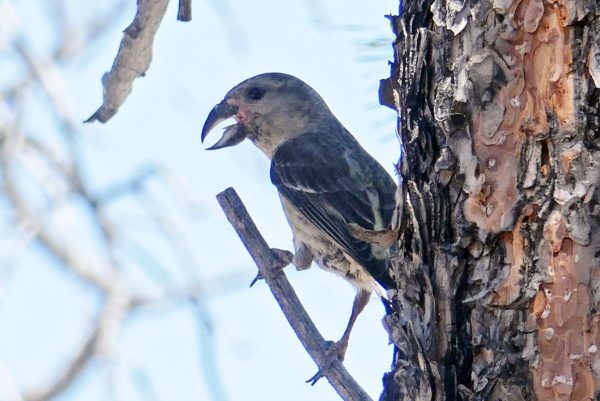 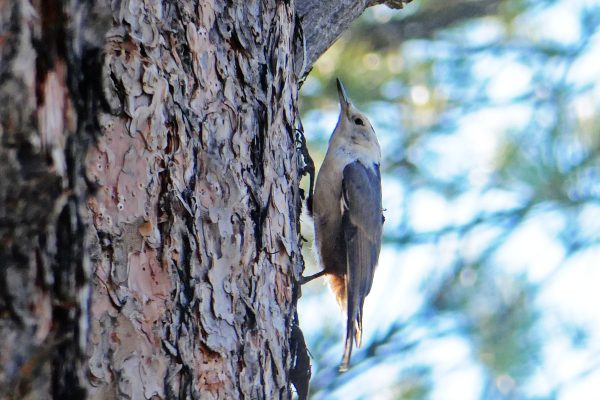 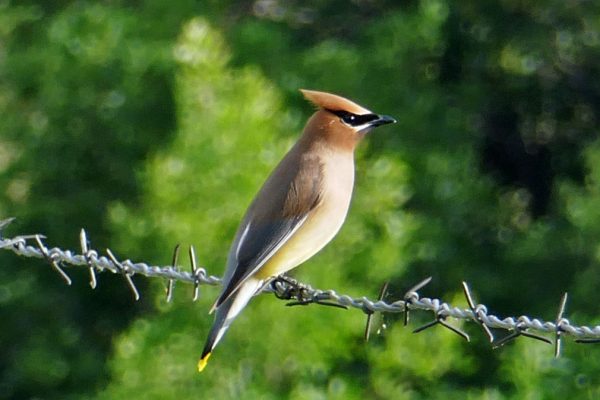 Cedar Waxwing. I know it looks like I photoshopped this one with a painterly effect but I promise I didn’t. These birds are amazingly beautiful. 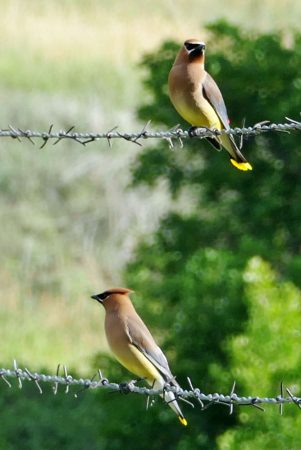 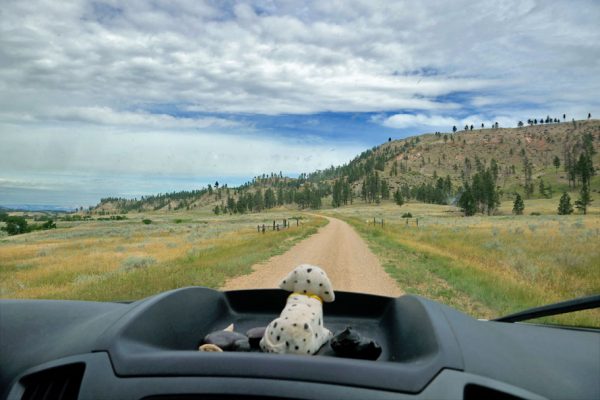 Bob enjoys the scenery. He loved that we had to get out and drive every day. He hates staying in the campsite staring at the reflectix window coverings. 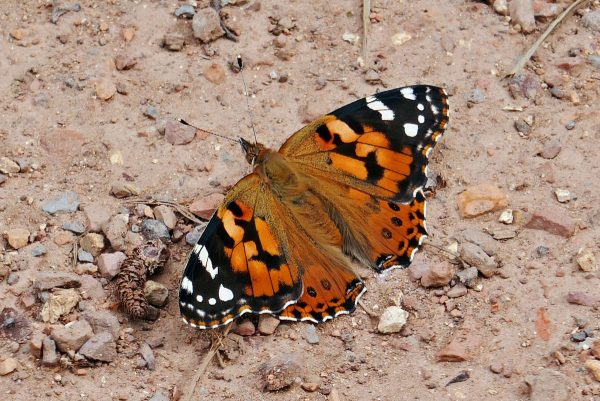 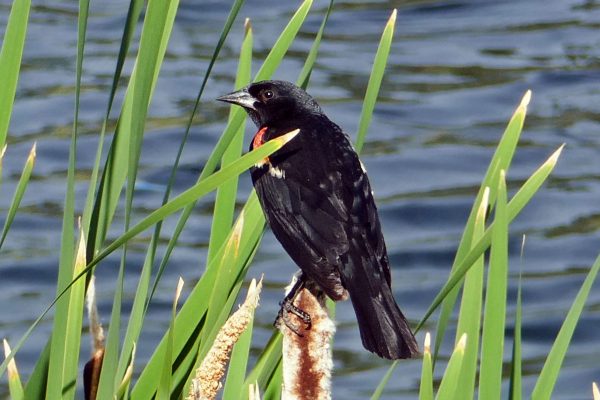 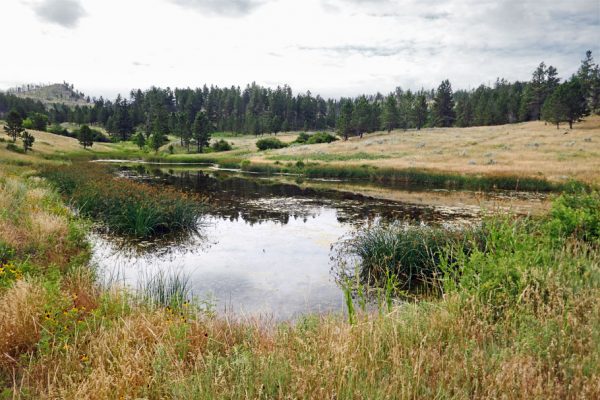 Pond in the northern part of the forest near the Holiday Spring Campground. 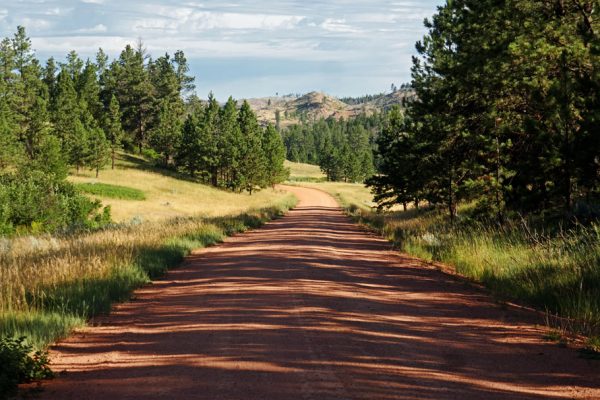 Walking the road back to Ballena Blanca.

4 thoughts on “Wandering Around”