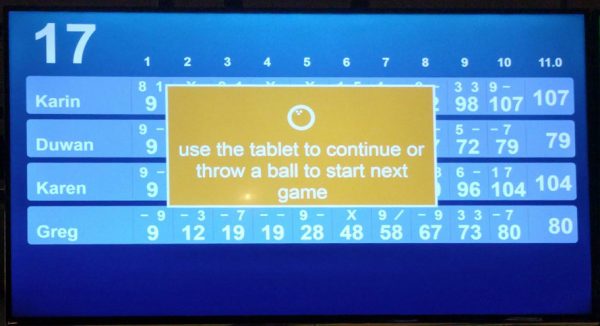 Bowling scores. It’s about more than the numbers right?

We are adding up the numbers of our lives again –

I like numbers. They can be fun. And when you start breaking things down into numbers they can become especially insightful or sometimes just plain weird.

Here are a few fun number facts I found on the internet:

53 – The number of loosely fitting vertebrae cats have, which makes their back really flexible. Humans have just 34.

195 – The number of countries in the world according to the UN. This includes Vatican City and Palestine.

Ok, enough of that – on to OUR numbers. But before we start counting, here is a plain old recap in plain old words …

July and August was actually kind of boring. We spent most of our time house sitting and earning money. We have lots of van projects patiently waiting to be completed, but money making jobs have gotten in the way so I quit mine (September is already looking up as far as projects – so looking forward to counting those!). Greg played some music and we got to play with a new toy – but enough of telling you about stuff – let’s get to the enumerating…

61 – Days house sitting. This might be a record for us. There were no gaps in our schedule and no doubling up. But even more significant was how many different beds we slept in…

3 – Different beds we slept in. (Actually 4, but one of those beds was only for one day – July 1 at the tail end of a week-long house sit the last week of June) 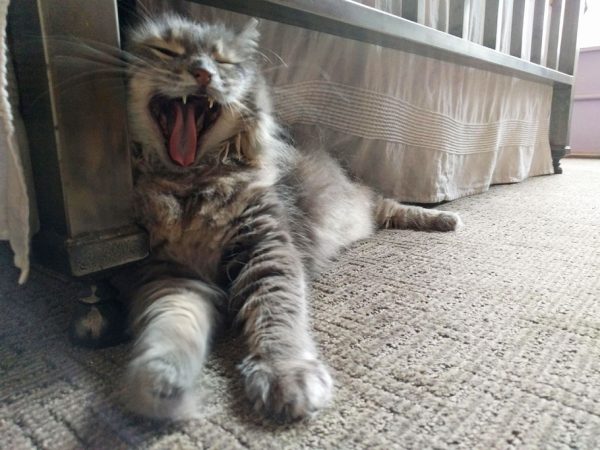 The Princesa! Zara is a bit shy and spent most of our stay with her under the bed. But she loved it when I’d lay on the floor, pull the dust ruffle up, and talk to her while I practiced my Spanish. Her little purring machine would just rumble.

2 – Dogs house sat. Jasmine and Lucy. (Ok – it was actually 4 if you count Bob and Dave on July 1, but we already talked about them last time and [spoiler alert] you are going to get to see them again in our next numbers post!). 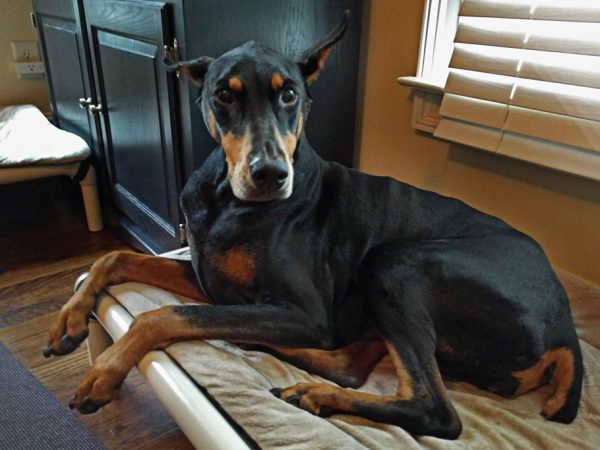 Lucy. It looks like she is doing a Spock immitation here, except only raising one ear instead of an eyebrow. She IS the older and wiser one of the pair. 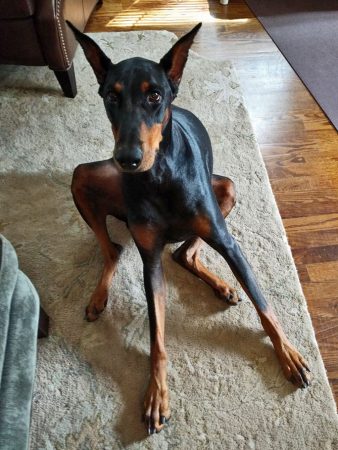 24 – House sitting days we have on the calendar for next summer. It never hurts to book early.

16 – Painting and odd jobs Greg and his partner Paul completed in July and August. It seems like all the guys have to do is walk out the door and they get jobs. It can be a little overwhelming so sometimes I tell Greg to just stay home – but then there is that pesky phone – you just can’t hide when you paint houses and live in an old neighborhood. They are actually so busy they have already started a list for next year. 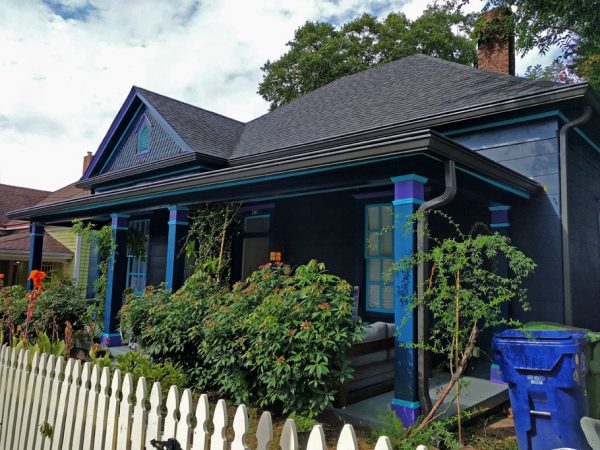 2 – Boats sold. The story of Blue Wing has finally come to an end. She motored out of Indiantown Marina at the beginning of August to tutor a new custodian in the ways of the sailing life. We also sold my favorite dinghy, Fever – this was kind of clever trick – we left Fev in the care of a friend at Indiantown, telling her I would put the boat up for sale on Craigslist but never did. Perhaps it was two months of looking at poor lonely Fever or the magical pull of the butter tub of dinghies (Walker Bay) and the idea of the endless fun that could be had with him – my friend made us an offer. So much easier than dealing with Craigslist crazies! 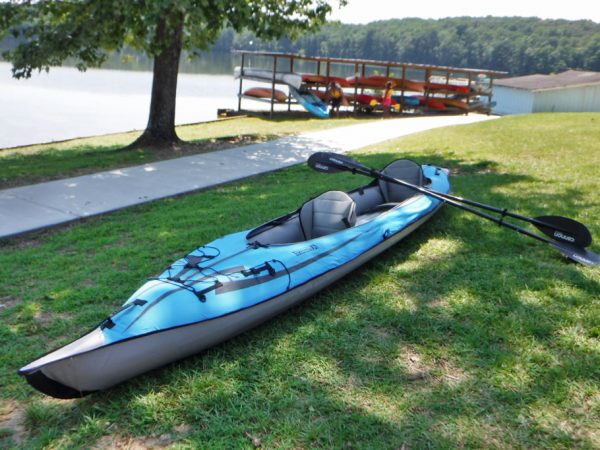 1 – Boats bought (apparently I can no longer live without a boat). She is an inflatable Advanced Elements kayak. And she fits in the van! Now we need a new boat name. Before we took her for her trial run we thought we might have to name her Tippy Canoe, but she did wonderfully and was perfectly steady – even with us and our “summer weight”! Perhaps we will call her Ballenato Azul (Baby blue Whale) since she is small and blue and will be traveling with her big sister Ballena Blanca or maybe something that means in the belly of the whale since she will actually be traveling inside her big sister. We are waiting to be inspired. Any suggestions? 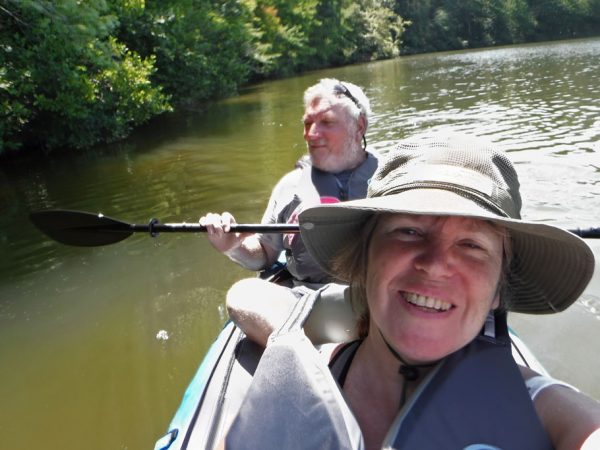 We took the new kayak to Sweetwater State Park for a trial run. She did great. I love having my own kayak, but the tandem is working out well. Greg paddles and I take pictures. 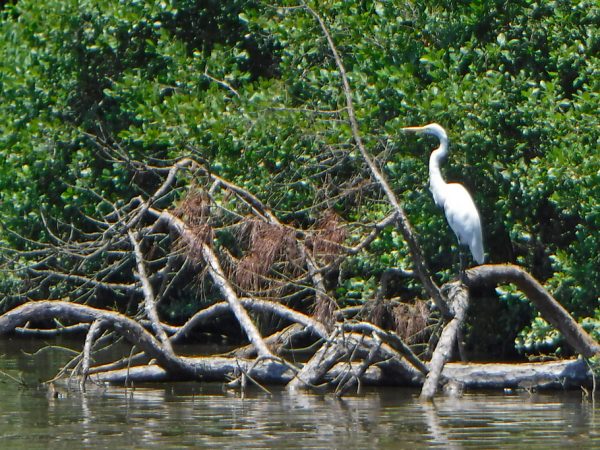 Bird on the lake at Sweetwater State Park. 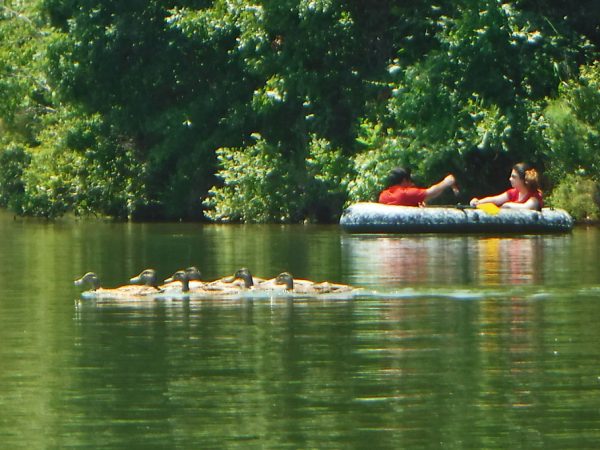 1 – Times Greg played live and was recorded by a local TV station. Once a month the Cabbagetown Patch Works History Museum has a little live concert. The local PBS station, GPB was there for July’s concert filming for a documentary they are producing about Cabbagetown. 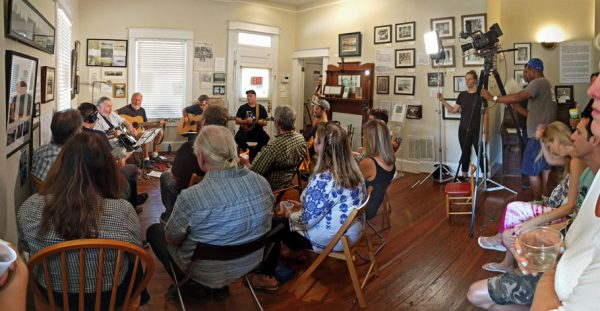 Pickin’ on Lynne’s porch. Cabbagetown loves an excuse for a party – especially a going away party. No one escapes with out at least one throw down before they go.

2 – Out of two of us who have plantar fasciitis. You may remember that I complained about this affliction in my last numbers post. I first heard about plantar fasciitis a couple of years ago when it seemed like everyone I knew was getting it. I hate popular things so I gave it a wide berth (not like it is really contagious or anything, right?). Then somehow I contracted it this summer and coincidentally some weeks later so did Greg (Perhaps it IS contagious?). This has put a bit of a damper on our future volcano climbing in Mexico. But no fears, we spend every morning and evening icing, stretching, and massaging and have corrective shoes on order – volcanoes here we come!

14 – Days without the van. So Ballena Blanca was parked on the street and got hit by a car. Rush hour in Atlanta is brutal. Luckily we were doing a six-week house sit and were able to completely unload her before taking her to get her fixed. It was a long time to be without our home and I missed her terribly. 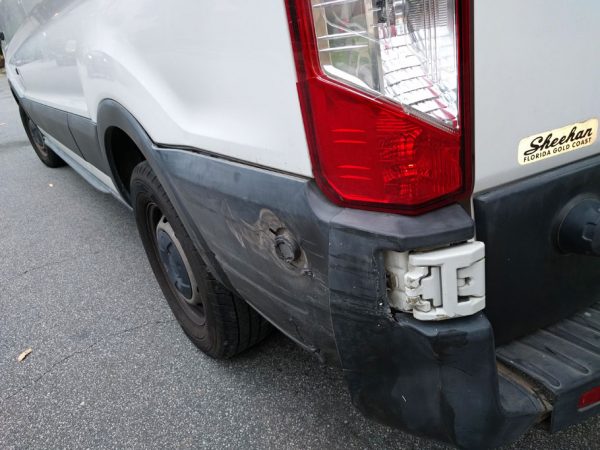 196 – Posts we have in the “Life on the Water” category on the blog. I have been doing some reorganizing and have created what I hope will be a useful index in the right-hand sidebar of the website for anyone looking for information about traveling by land or sea. Although the “Life on the Water” category is likely to stay stagnant for a while, “Travel on the Dirt” category is at 50 and should continue to grow as long as we continue to post. We just added two flashback posts about Borrego Springs and Joshua Tree just this last month.

87 – Archeological sights on my Mexico map. It is kind of hard finding good tourist info for Mexico on the internet, but the most amazing resource I have found is the INAH (The National Institute of Anthropology and History, Mexico) website. 87 isn’t even half of the archeological sites that they list. Look at the map below. All those purple pyramids are archeological sites. Aren’t you getting excited about Mexico? We sure are.